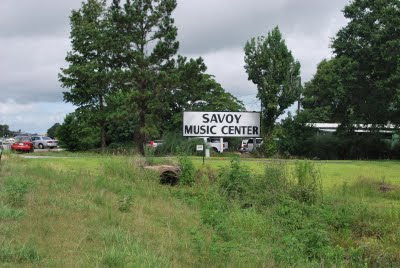 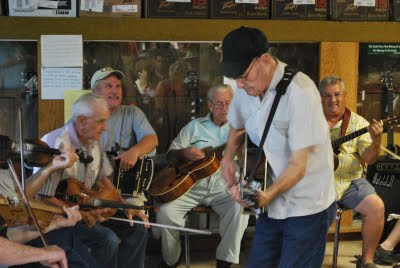 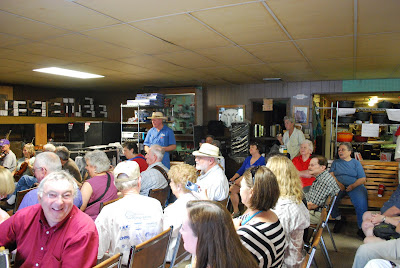 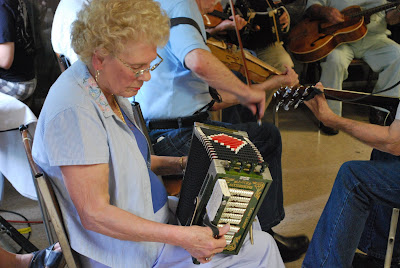 The third day of the Southern Foodways Alliance field trip was just as spectacular as the previous two days. We started off our morning with Royal Cup Coffee (a sponsor of the SFA), fried boudin balls on homemade biscuits with cane syrup drizzled on top, and various other breakfast foods...then we settled down for some good conversation, and waited to head to the Savoy Music Center for a Saturday morning jam session--a must in Cajun Country. Just a short trip down I-90, you see the big sign of Savoy's a callin' your name! Some omnipresence seemed to say, Come celebrate! Listen to some classic Cajun hits! At Savoy's anyone and everyone is welcome to join the band (as long as you don't try to upstage the veterans!)
We spent and hour listening to the raucous accordions, the deft and nimble fiddles, and the harmonious guitars. Every so often, a Cajun singer would belt out a love ballad in Cajun French. Spectacular! 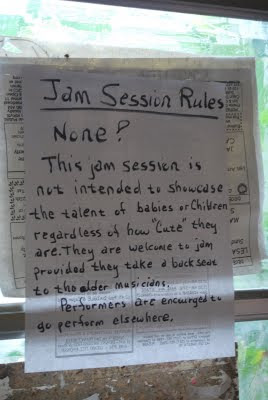 Music in the morning was followed by a trip out to a Crawfish farm to hear about the art of raisin' crawfish in the bayou! The farmer was a charmer, and his family is known for streamlining the crawfish industry in Louisiana.
Soon enough our tummies started rumbling and we headed to La Village for a Cajun plate lunch meal. The SFA brought in smothered dishes from some of the most famous Cajun plate lunch joints in Acadiana: smothered rabbit, smothered cabbage, smothered okra, and short rice with dark gravy.
Chef Pablo spoke about smothering in New Iberia, and Rien Fertel spoke about his oral history project on plate lunch eateries in Cajun Country. It was a great afternoon, and a spectacular lunch. The smothered rabbit was to die for, honestly!
Posted by Ashley's Adventures at 15:32