Tonight, a wonderful array of organizations hosted an event in honor of documentarian, Ken Burns, perhaps best known for his documentary called The Civil War. WYES, along with the Southern Food and Beverage Museum and the Museum of the American Cocktail threw a wonderful event in honor of Burns' latest documentary Prohibition. Many of New Orleans' finest bartenders were working the event, making classic cocktail from across the United States, with particularly attention to Washington D.C.
I've never been much of a cocktail drinker, but from the moment I had a sip of the classic Sazerac, I was determined to become a bit more familiar with the wonderful array of cocktails that the US has to offer.
I had a taste of several kinds of cocktails: a traditional Daiquiri, Monkey Glands, Gin Rickey, and Hong Kong. Apparently, the Gin Rickey is the official drink of Washington D.C., and the Daiquiri originates from our nation's capitol as well.
There was also wonderful jazz music, with Linnzi Zaorski as the soloist. Her swinging jazz vocals echoed beautifully throughout the various exhibit halls of the Southern Food and Beverage Museum.
I learned plenty about the history of cocktail and Prohibition. For example, New York City had over 30,000 speakeasies during the Era of Prohibition and was known as "Satan's Sink." However, New Orleans won the title of the "wettest" city in America. Apparently, the government official in charge of American Prohibition regulation determined this within the first 30 seconds of being in New Orleans. The story goes that he stepped into a taxi, and the driver pulled out a flask of alcohol and handed to him as he settled in the backseat.
The photos below are of the jazz band, Mr. Burns, the making of a Gin Rickey and the crafting of a Hong Kong: 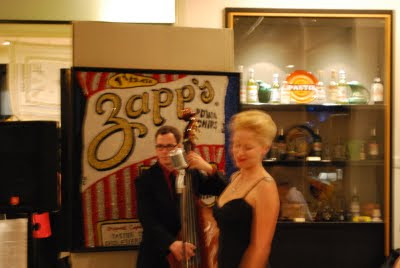 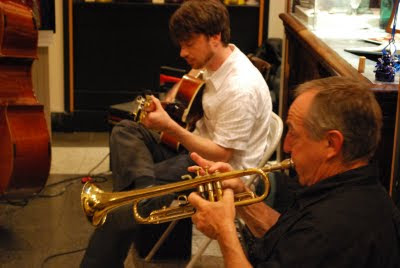 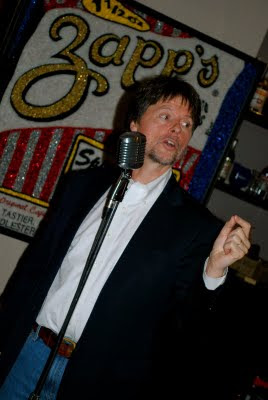 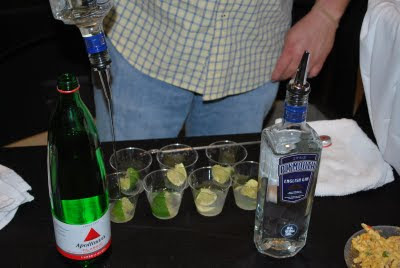 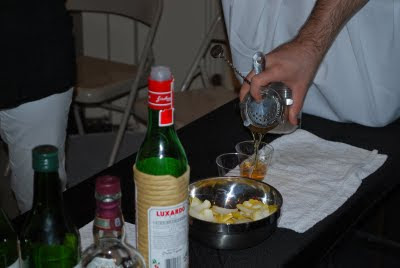 Posted by Ashley's Adventures at 19:17