For weeks, I've been thinking about finding a restaurant that serves really good gumbo. I did a bit of asking around, and a dash of research on the internet, and The Gumbo Shop on St. Peter was a consistent favorite. This small restaurant was named “The Best Place to Get Gumbo” from 1999-2009 by Best of New Orleans.

I stopped by the Gumbo Shop for lunch the other day, and was seated in the charming outdoor courtyard. I already knew what I was going to order, Chicken Andouille Gumbo. Within minutes, my waiter brought my bowl of gumbo (I imagine it would have been steaming if it were not 97 degrees outside).

The gumbo came with a slightly askew serving of Louisiana rice plopped in the stew. It was good gumbo, there is no doubt about that. But, I am happy to admit that the gumo Liz made last week was better. I am of the opinion that Creole cooking is home cooking, and is therefore best when eaten at home. Perhaps it’s the atmosphere, perhaps its that je ne sais quois of home cooks…but one thing is certain: it is just better.

I was really in the mood for bread pudding, so I ordered some. The breadpudding came out looking like a small mountain of dough drenched in cinnabon icing. I think I’ll stick to the breadpudding soufflé at Commander’s Palace from now on! 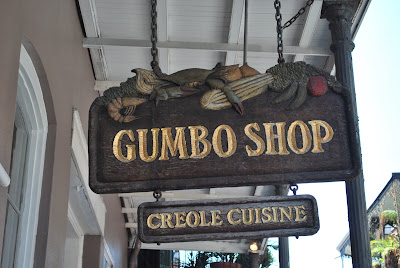 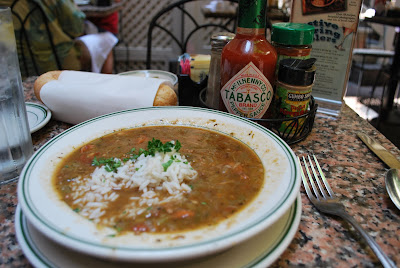 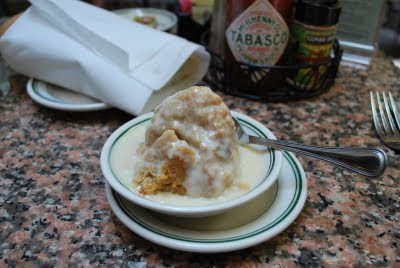 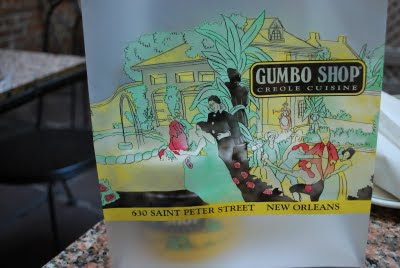 Posted by Ashley's Adventures at 08:07