As hinted at in previous posts, Catholicism and Catholic holidays are a big deal here in New Orleans (Mardi Gras!). Catholic populations from France, Spain, Italy, and other parts of the world have had major influence on the religious traditions of the city. The Sicilian Catholic tradition is no more apparent than in the wide spread celebration of St. Joseph's day -- the patron saint of Sicily. According to Sicilian beliefs, centuries ago the island was suffering from a major famine. The people of Sicily prayed to their patron saint to help them survive the difficult period. He answered their prayers and the harvest that year was incredibly abundant. In honor of his generosity, the Sicilians create elaborate alters laden with Italian baked goods braided and shaped into religious symbols such as crosses. 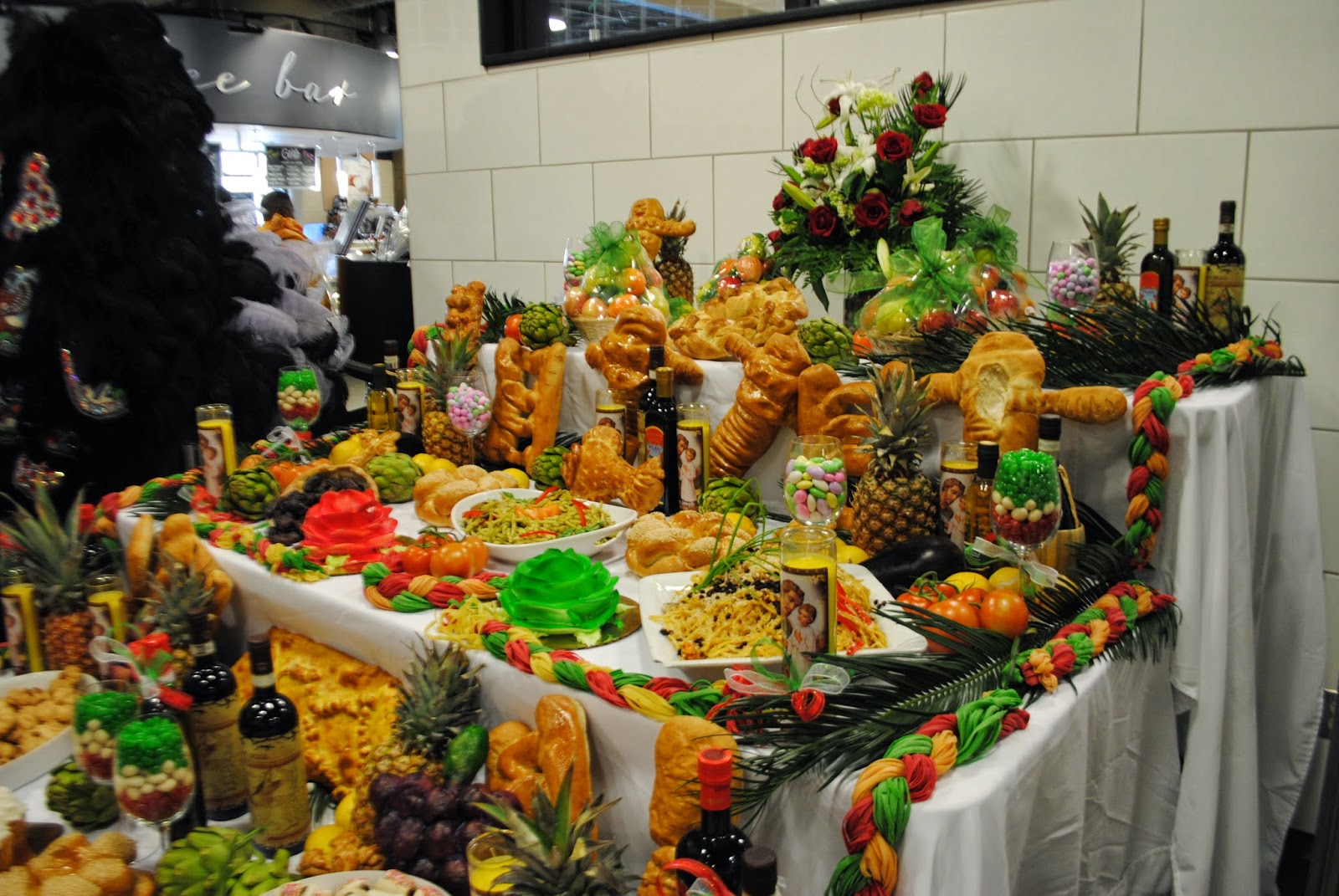 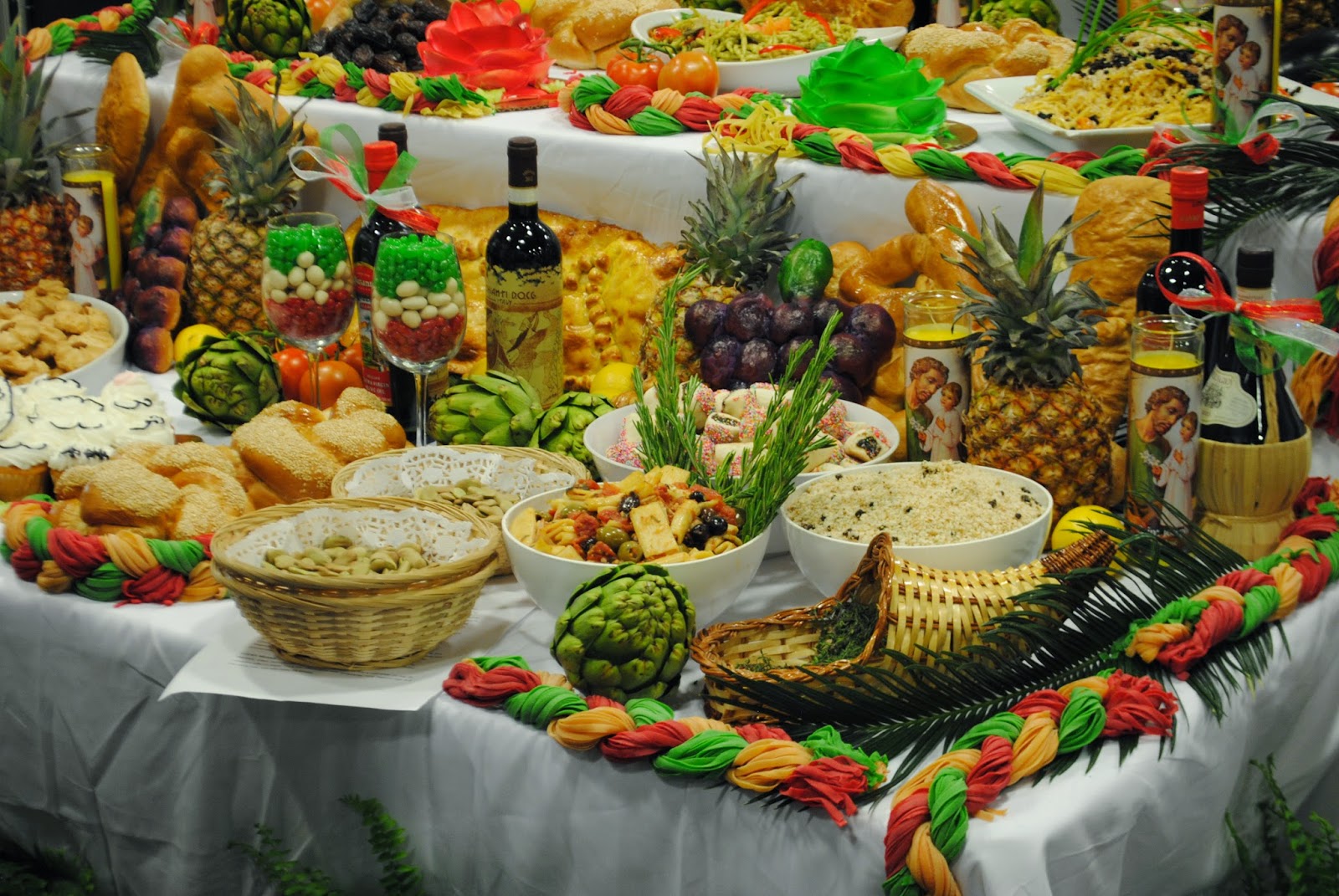 There is a tradition in Scicily and New Orleans - on St. Joseph's day you collect a blessed fava bean for good luck. Many New Orleanians carry these beans around in their change purses or wallets all year until they pick up a new one on the next St. Joseph's Day. 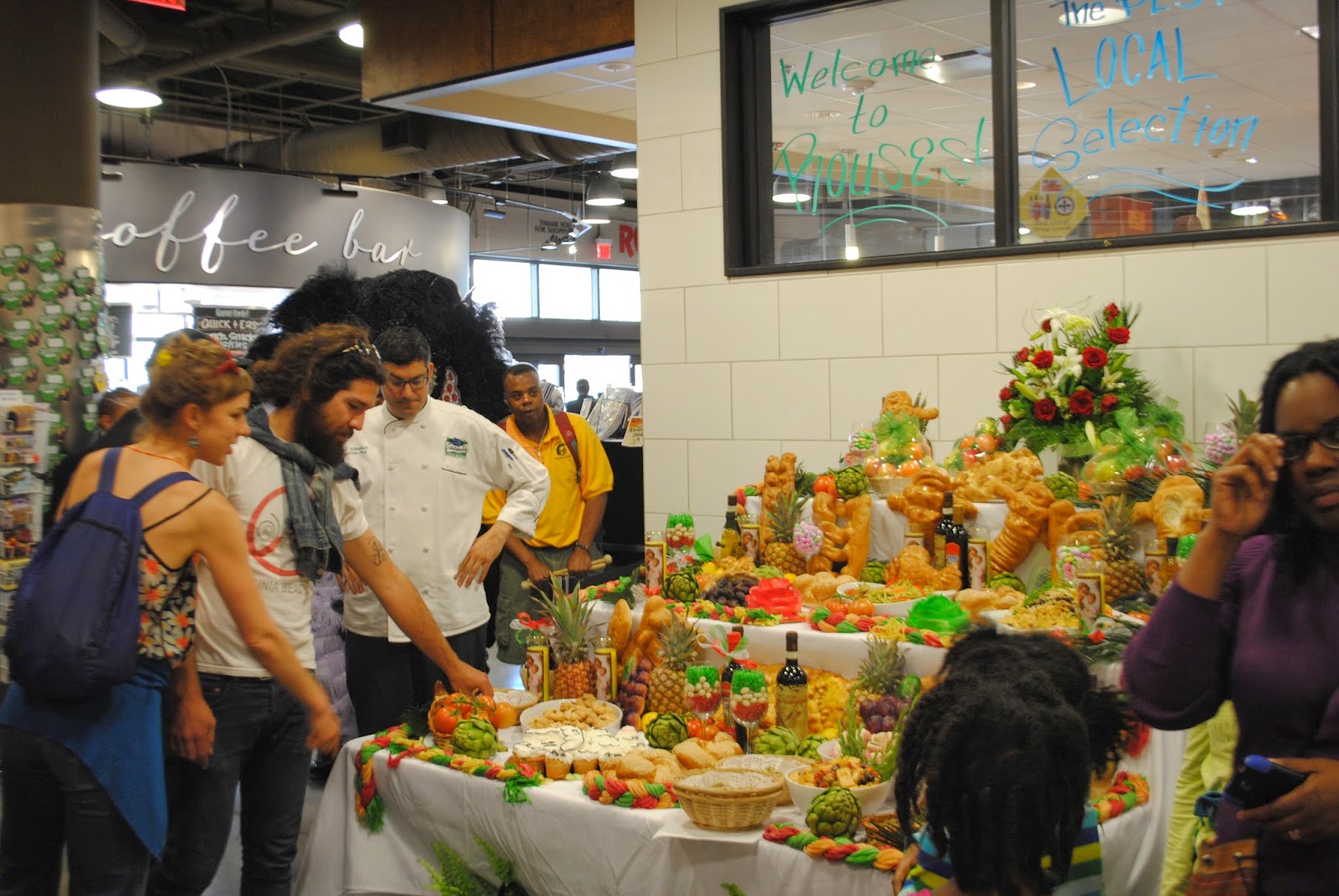 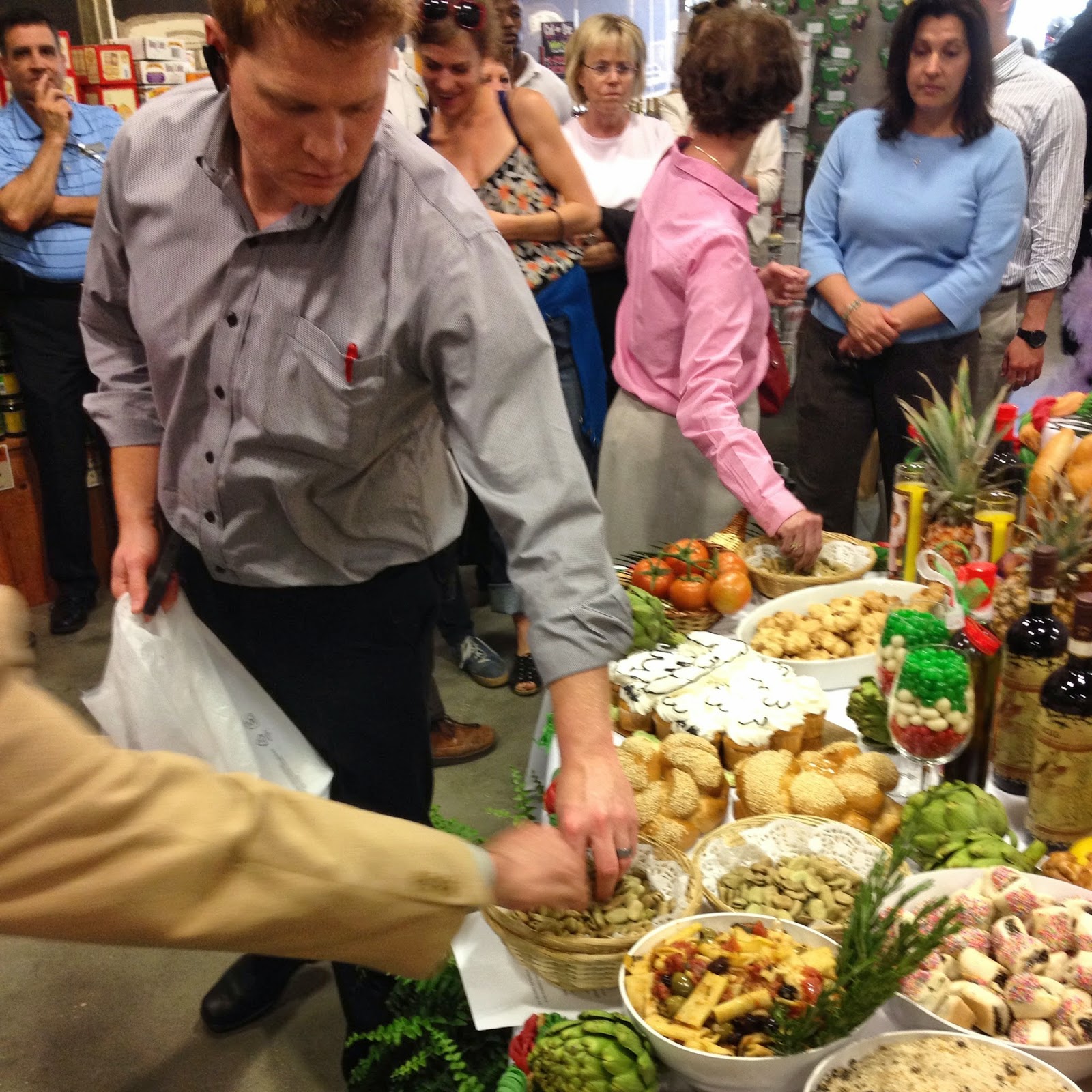 On St. Joseph's day, I was invited to attend two alter blessings. The bishop of New Orleans met with Liz Williams as well as Mardi Gras Indians from the Apache Hunter tribe to celebrate the diverse array of traditions surrounding St. Joseph's day here in New Orleans. Liz spoke about the culinary traditions behind the St. Joseph's day alter. Then, the bishop said a prayer and blessed the alter at Rouses and then at Cafe Amelie. 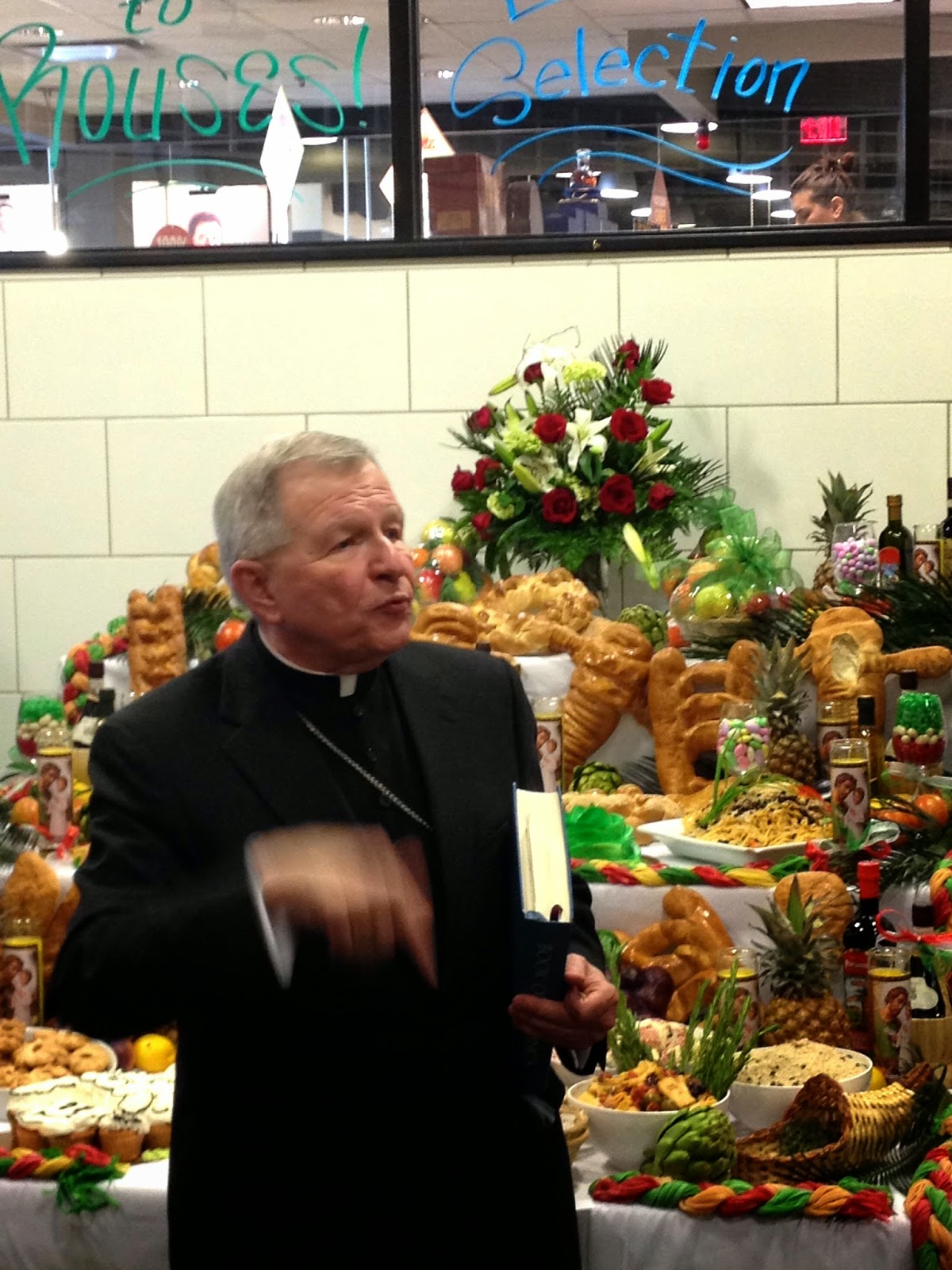 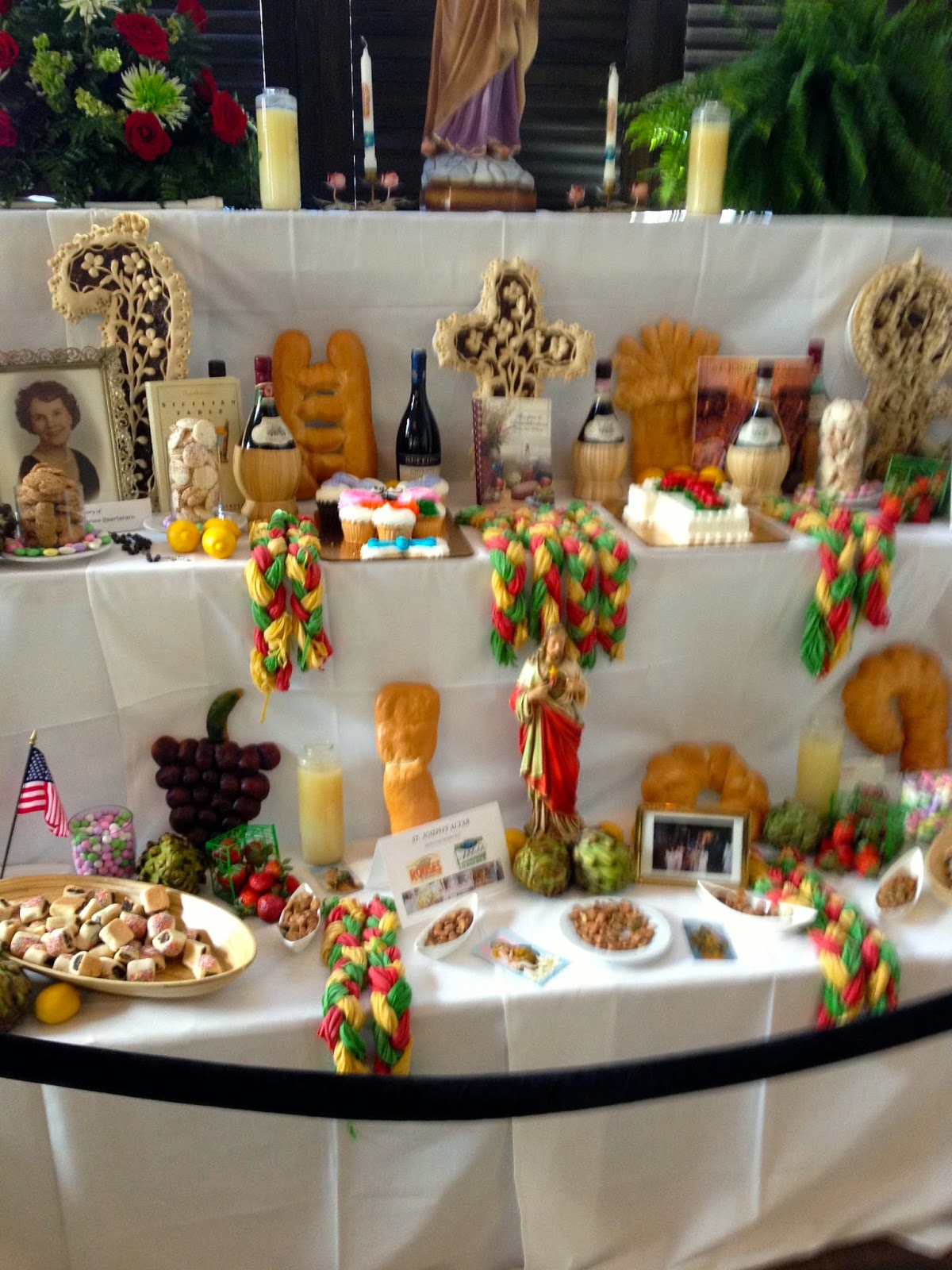 It was also really interesting to have the Apache Hunter Mardi Gras Indians at the alter blessings. They led everyone there in a call and response song with a strong drum beat. Super interesting!


I even snapped a photo with one of them (and a close-up of his costume): 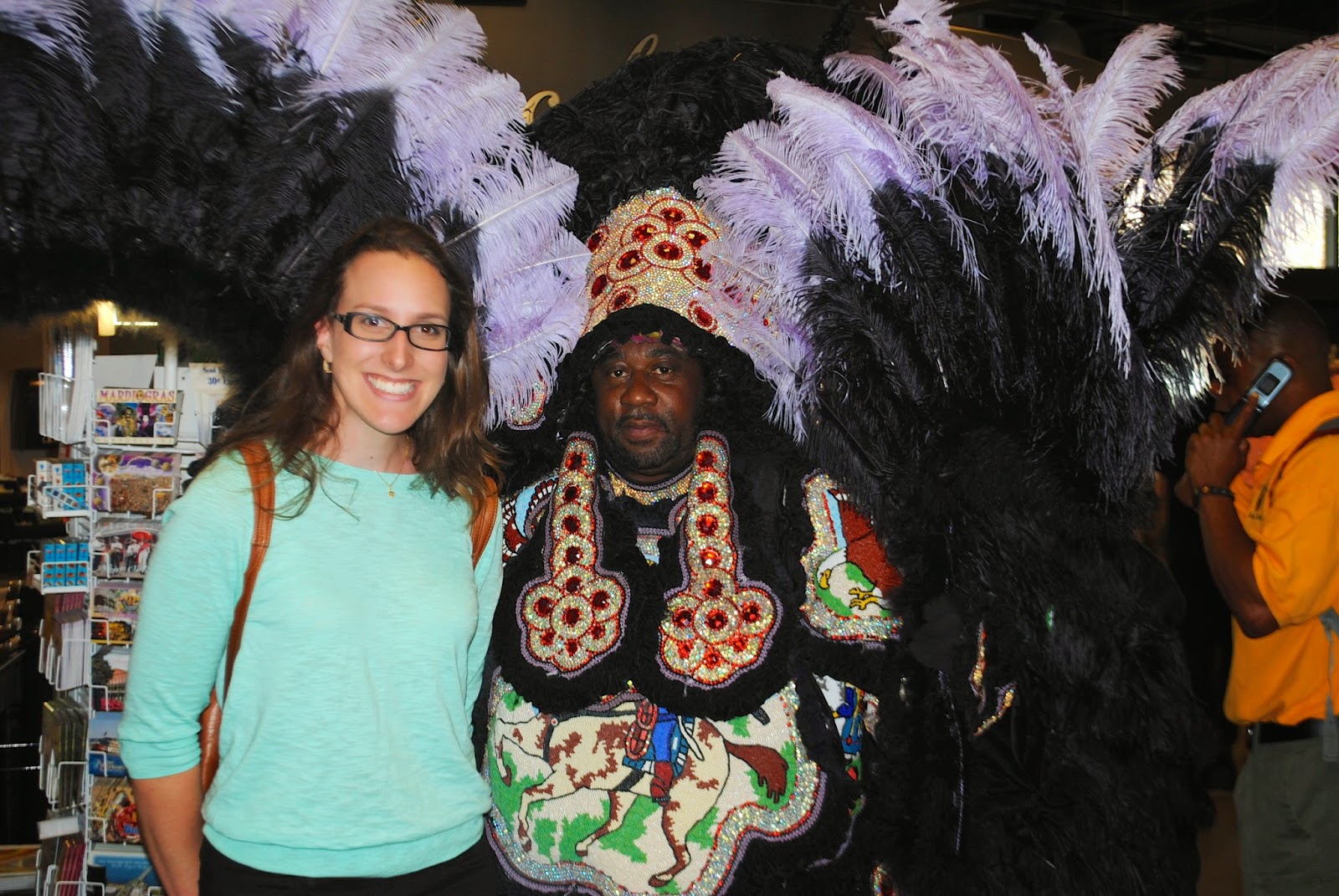 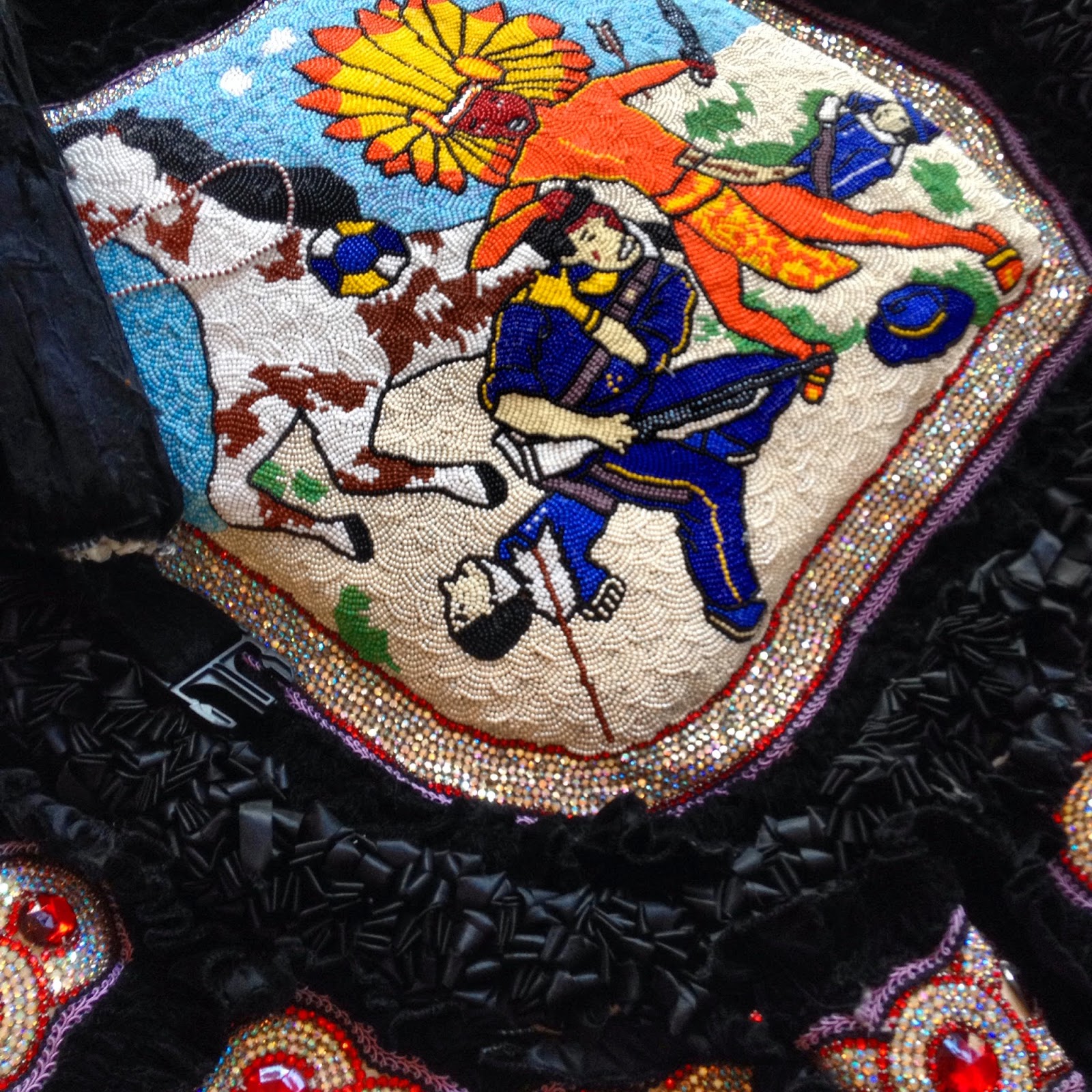 Later that day, I headed home and heard some call and response songs down the street. I dropped off my stuff in my cottage, grabbed my camera, and went to investigate. Just across N. Broad Street on the other side of Desoto, the Washtaw Indian tribe was getting ready to go parading on St. Joseph's Night. Community members slowly trickled out of their homes to gather around and watch as the members of the tribe revealed their beautiful costumes to the community. This year, the Washtaw tribe's theme was the pink flamingo. There were a few guests from other tribes from around Louisiana - they were wearing different colored costumes and performed ritual dances to entice the Washtaw tribe to share their costumes with the community. The Big Chief shared some of his poetry with the onlookers. He then lead the whole community in a series of call and response songs, encouraging everyone to participate. It was an amazing experience to witness and partake in this community event steeped in age-old ritual from the 18th century.

After observing the unveiling of the costumes, the tribe headed off to visit various family members who lived in other parts of the city. Eventually, they planned to reconvene uptown at Dryades and Second St. for ritual "fighting" with other tribes. You can read more about the St. Joseph's night tradition here. Here are some of the photos I captured: 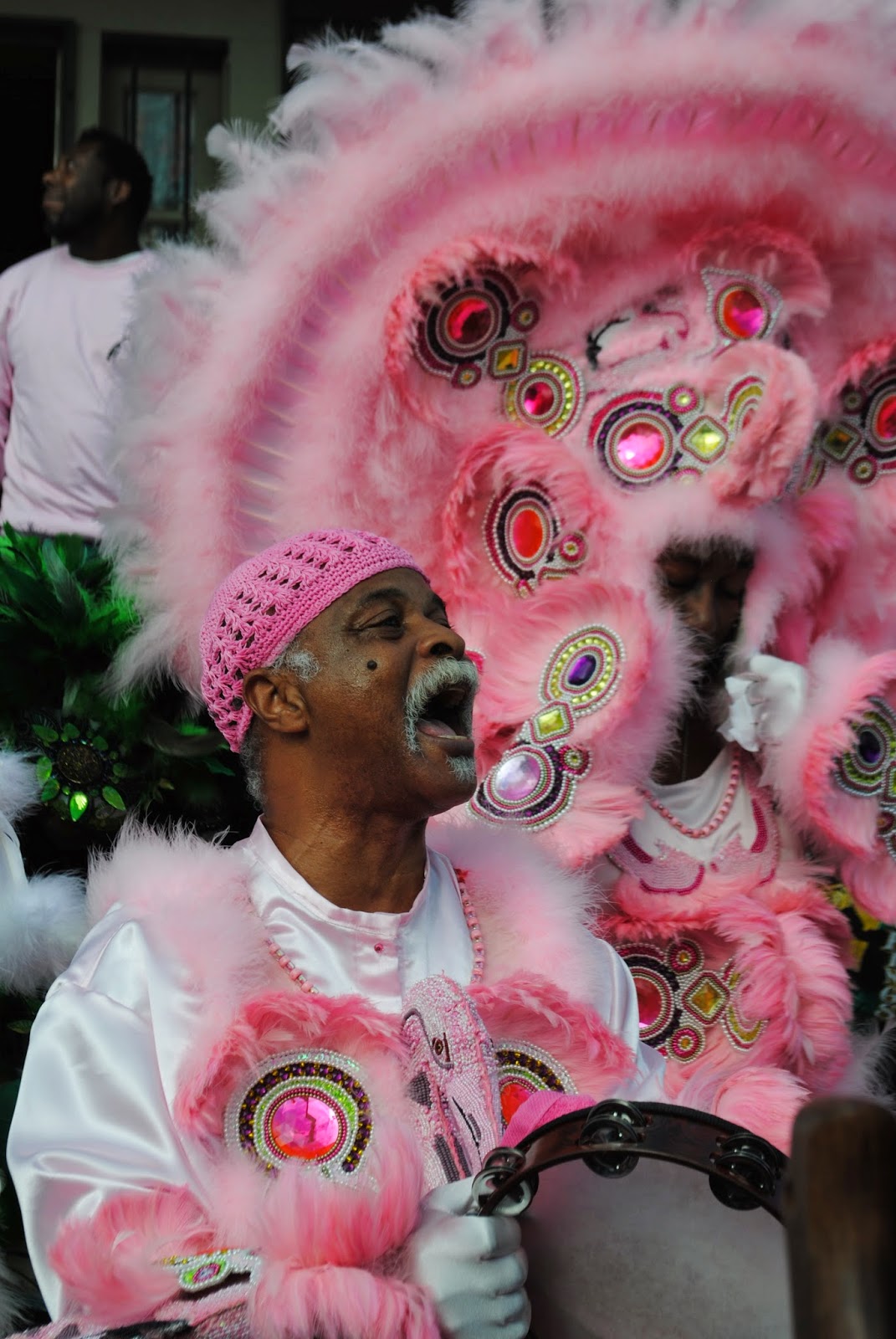 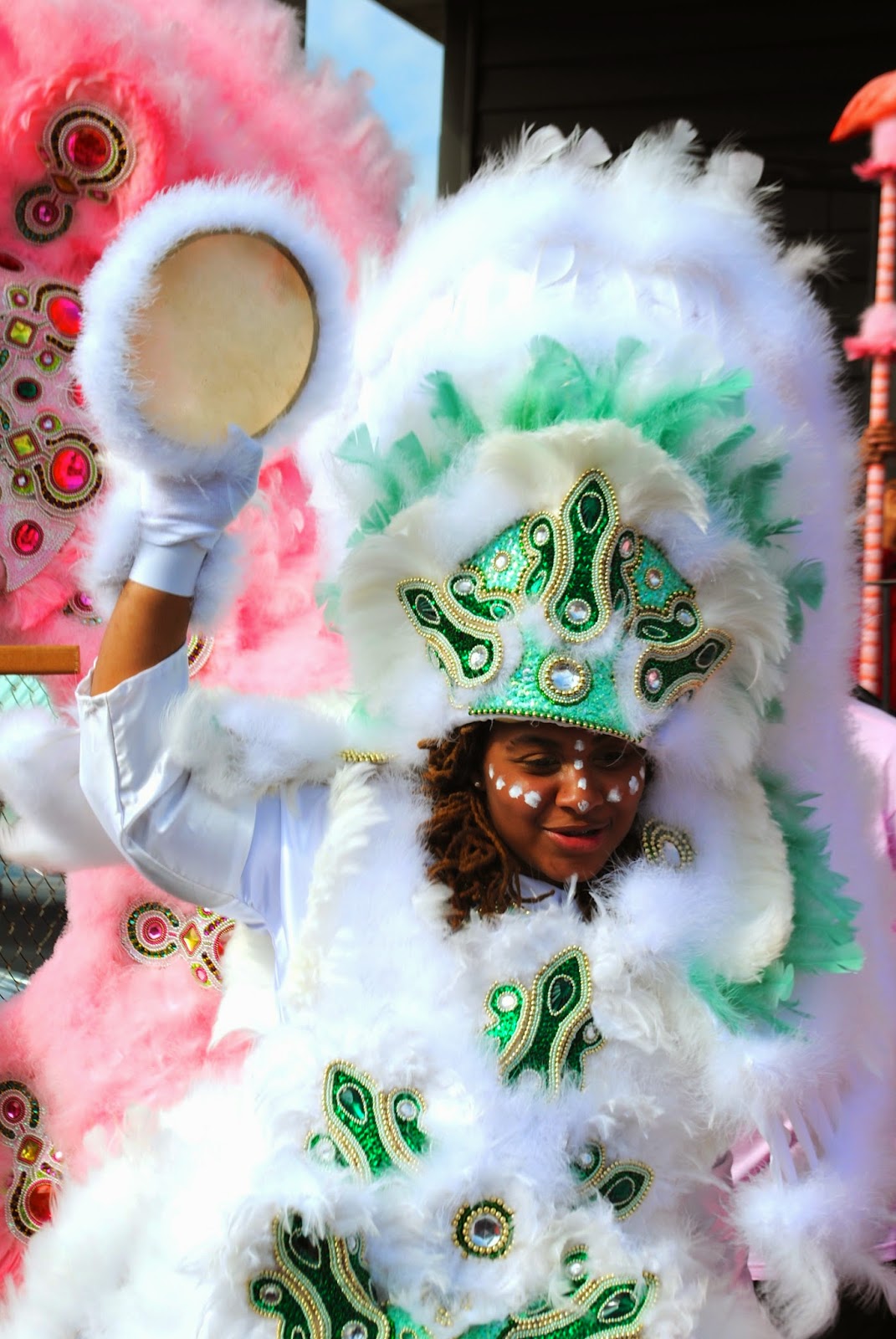 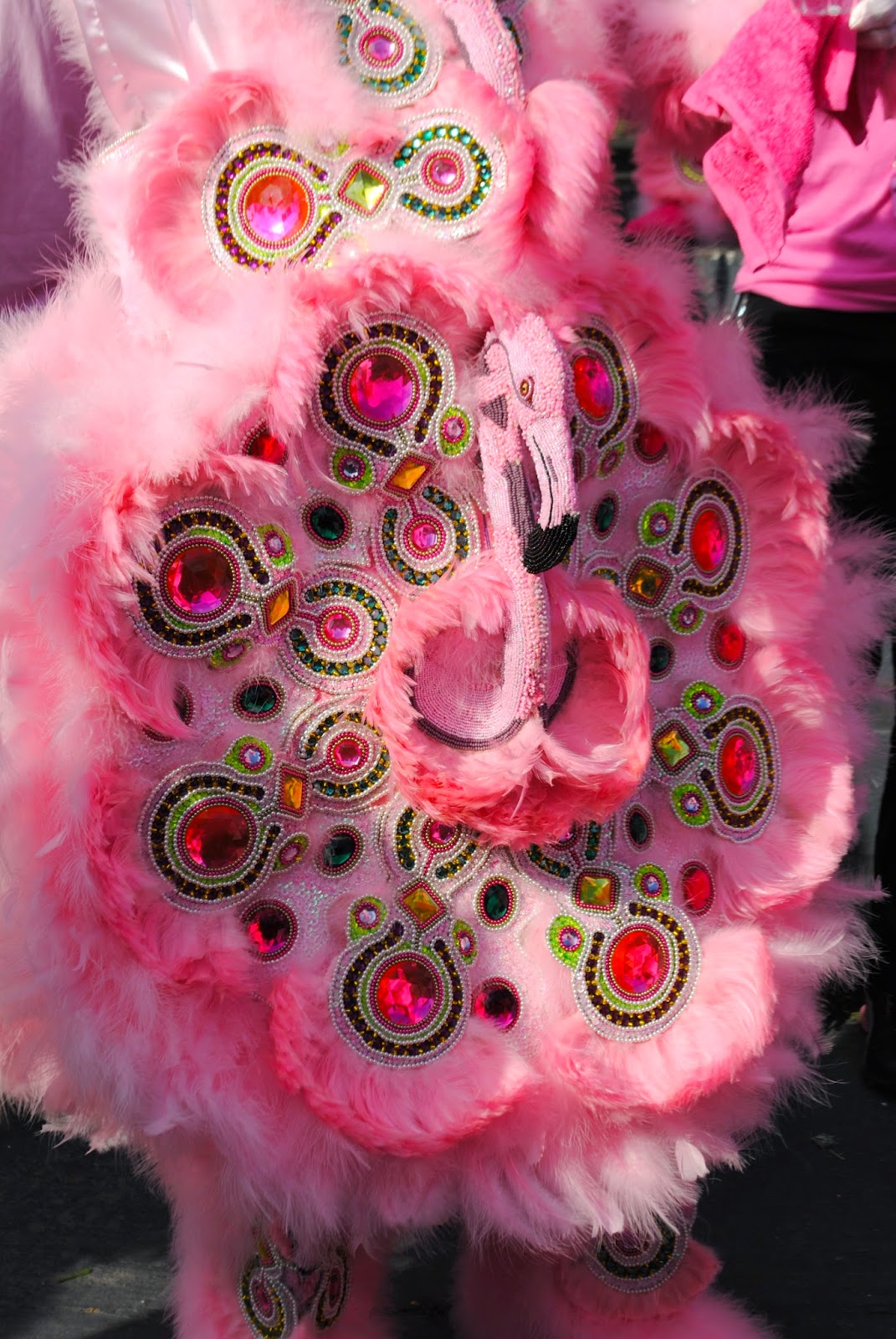 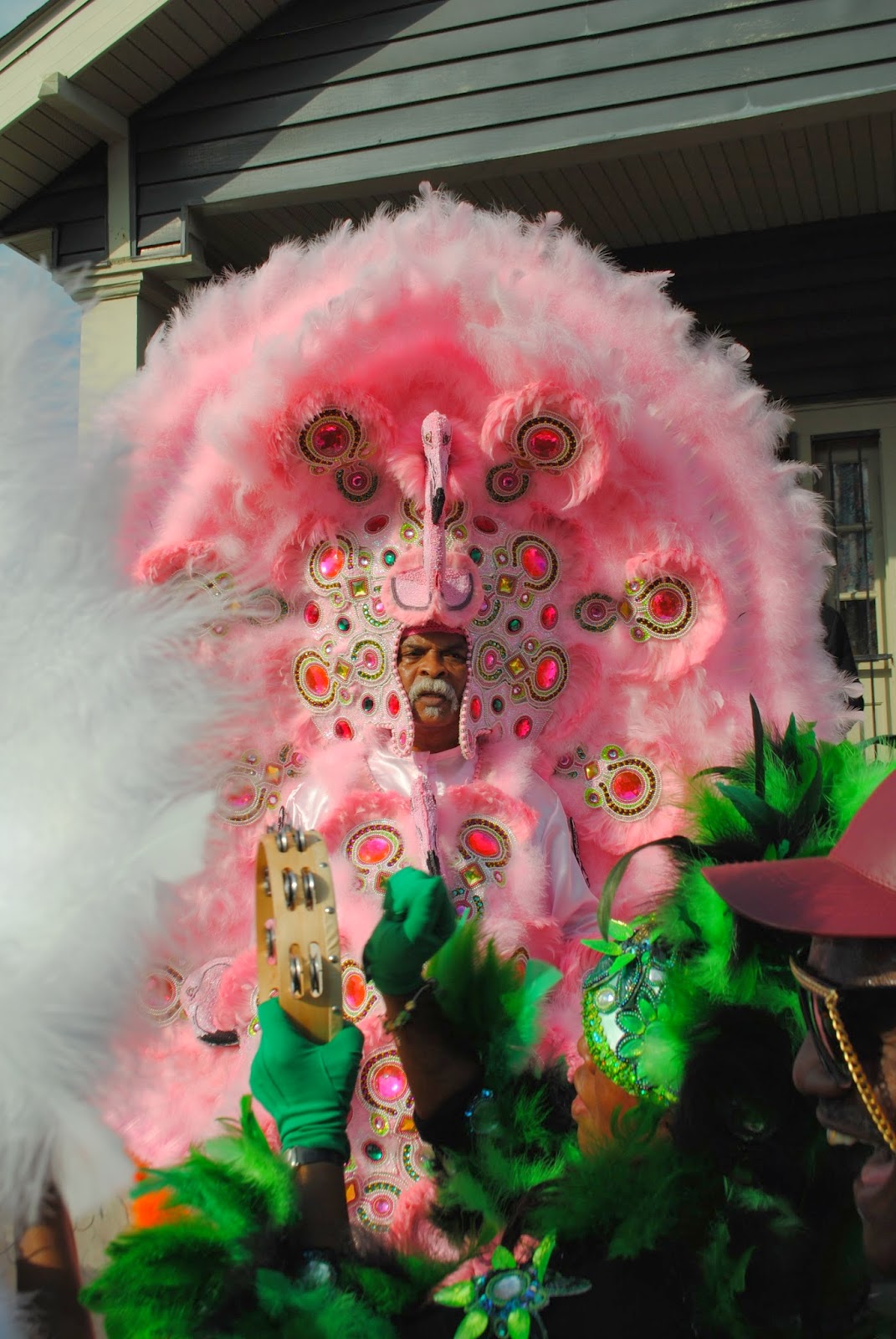 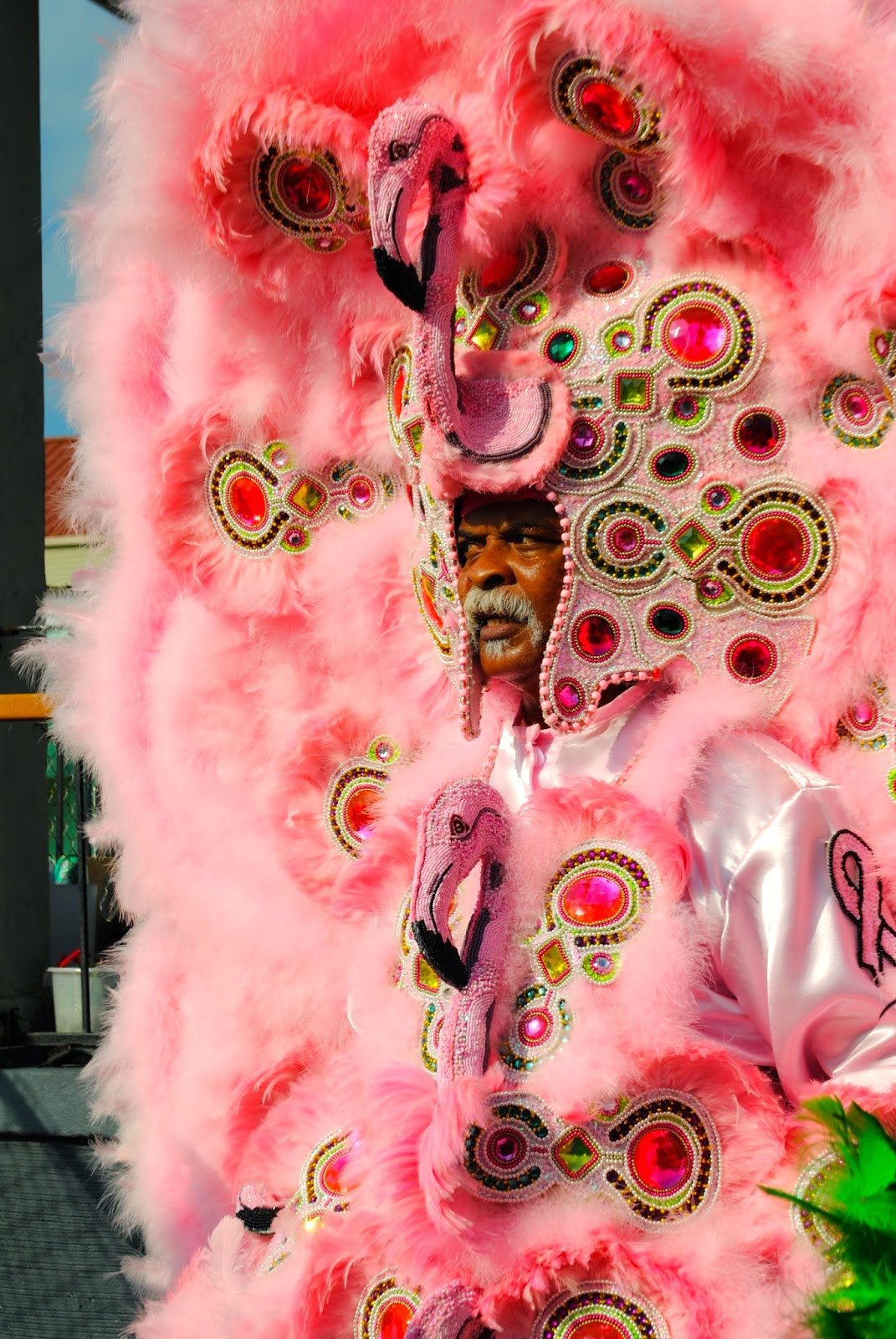 Posted by Ashley's Adventures at 12:33