My last day at Magnolia Mound Plantation in Baton Rouge was beautiful. The wisteria was in full bloom, the sun was shining, and it wasn't too hot in the kitchen. This week, I worked with Rosemary and Alece (who also brought her vibrant 10 year old daughter). 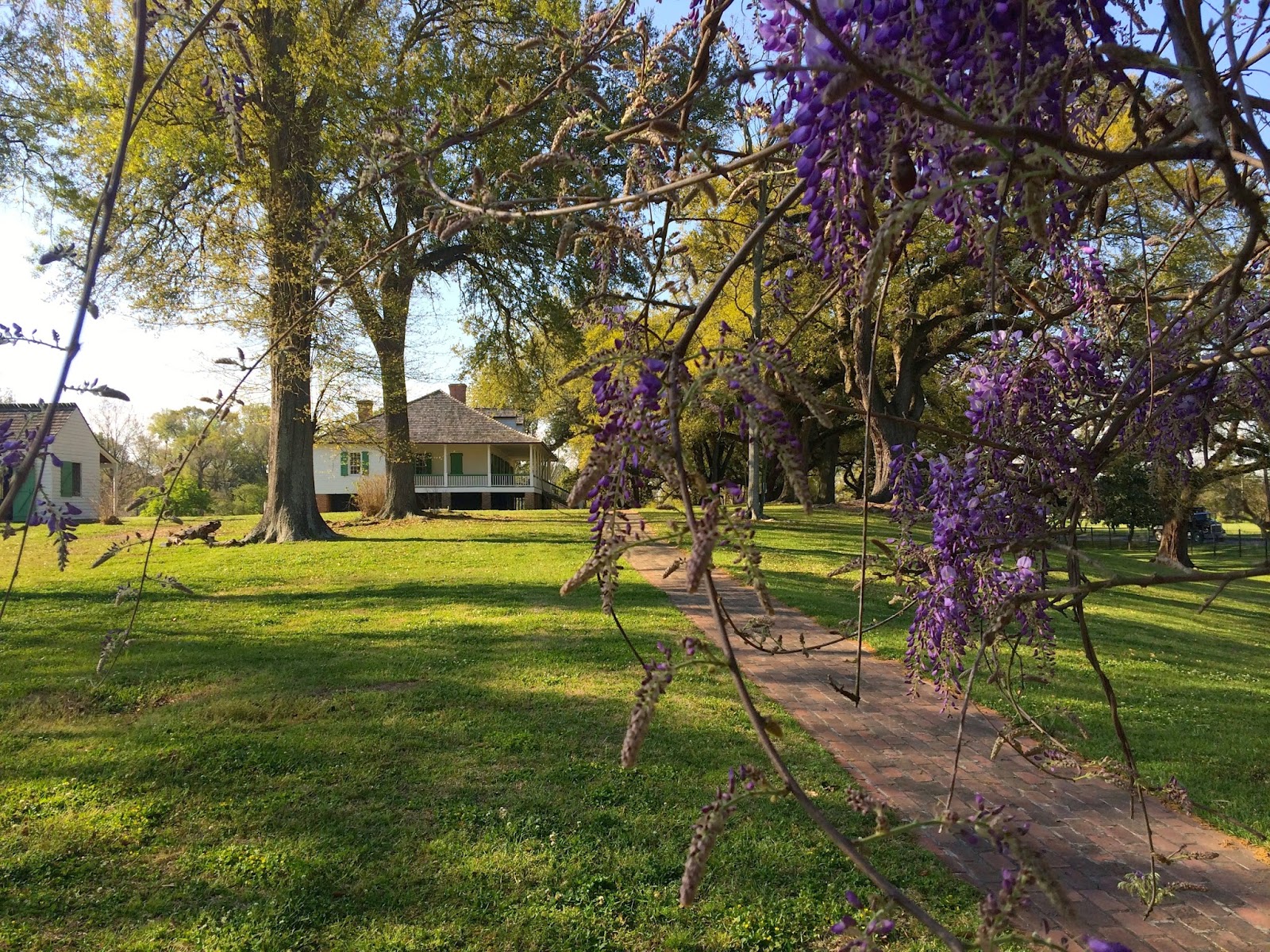 I decided to make red beans and rice this past week over the open flame, which was a good idea. I started off with the "holy trinity" - bell pepper, onions, and celery. Then, I added my smoked ham hocks, beans, and stock. The beans came out great. Surprisingly, they cooked fairly quickly on the open hearth - they were done in about 4 hours - and took on a subtle smokey flavor. They may have been the best beans I've ever made. 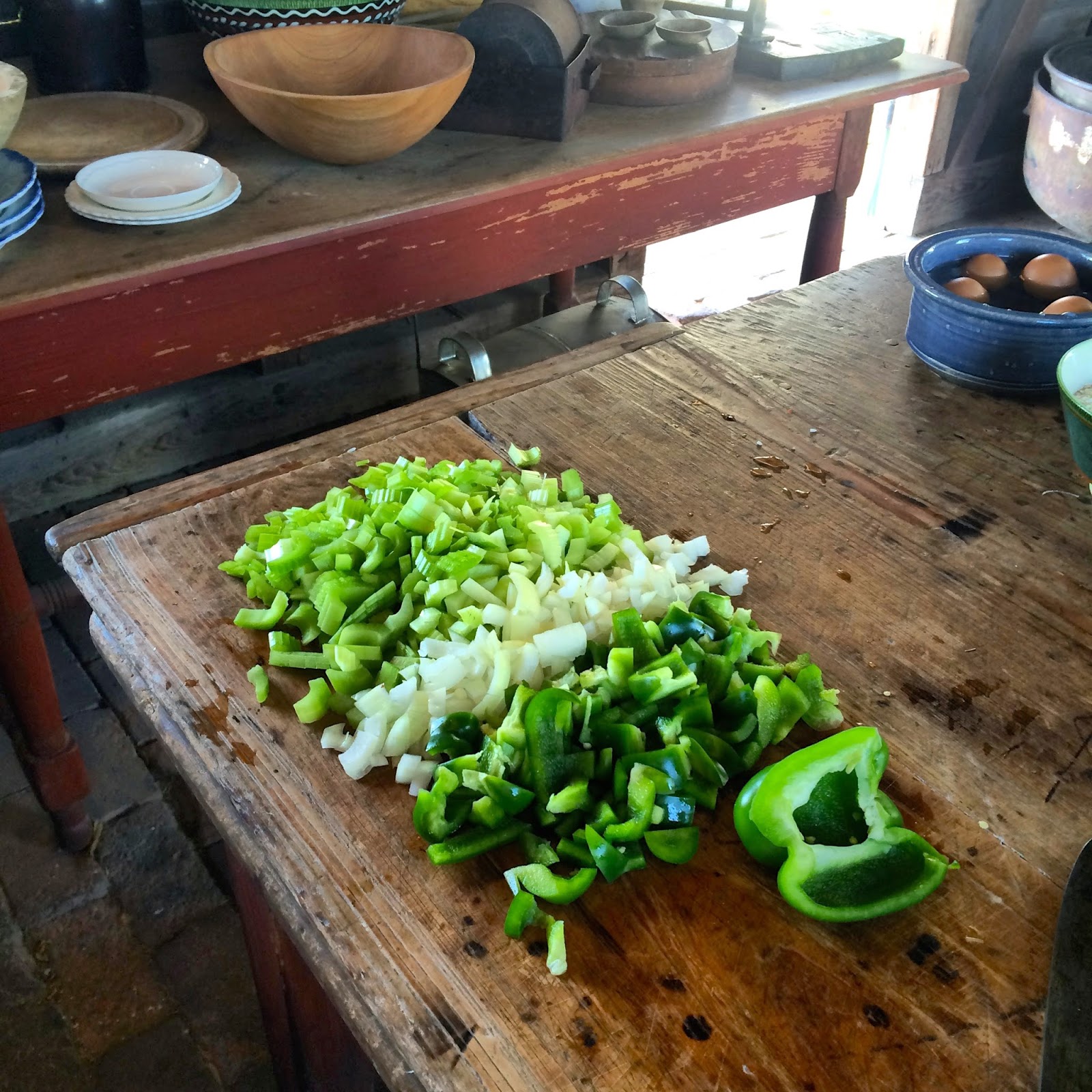 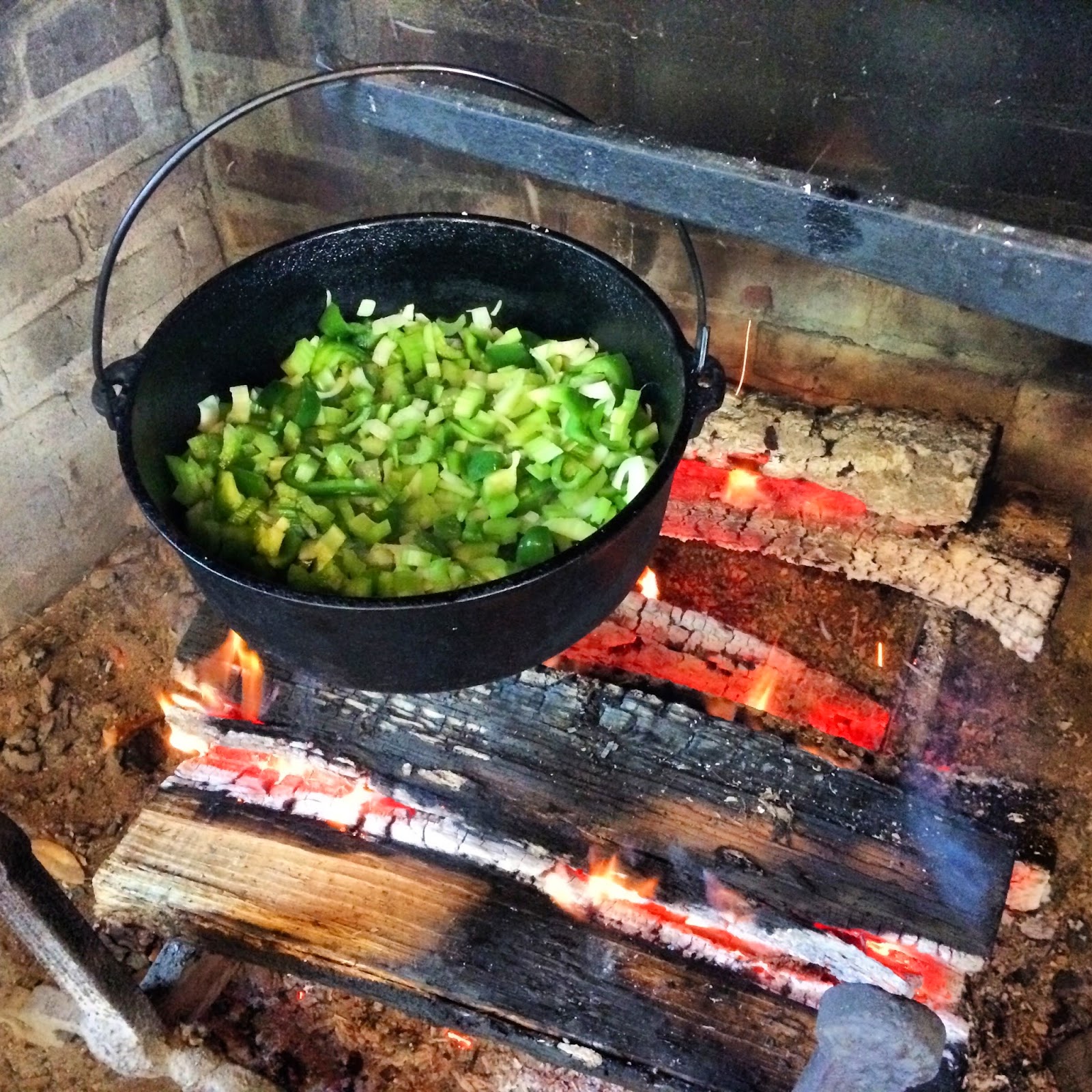 Our hearth was fairly crowded (in a good way). Rosemary made her famous biscuits with fried apples and rosemary jam. Yum. She also made sausage gravy. WOW. We made a variety of other foods ranging from corn bread, to pork chops, to smothered greens. It was fun to make cornbread in a cast iron skilled on the open hearth - the loaf came out really crispy on the edges. I also made rice over the open flame, which was more guess work than anything else to determine when the rice was done. I think the rice came out a bit "sticky" for my tastes, so I decided to use it to make calas the next day. 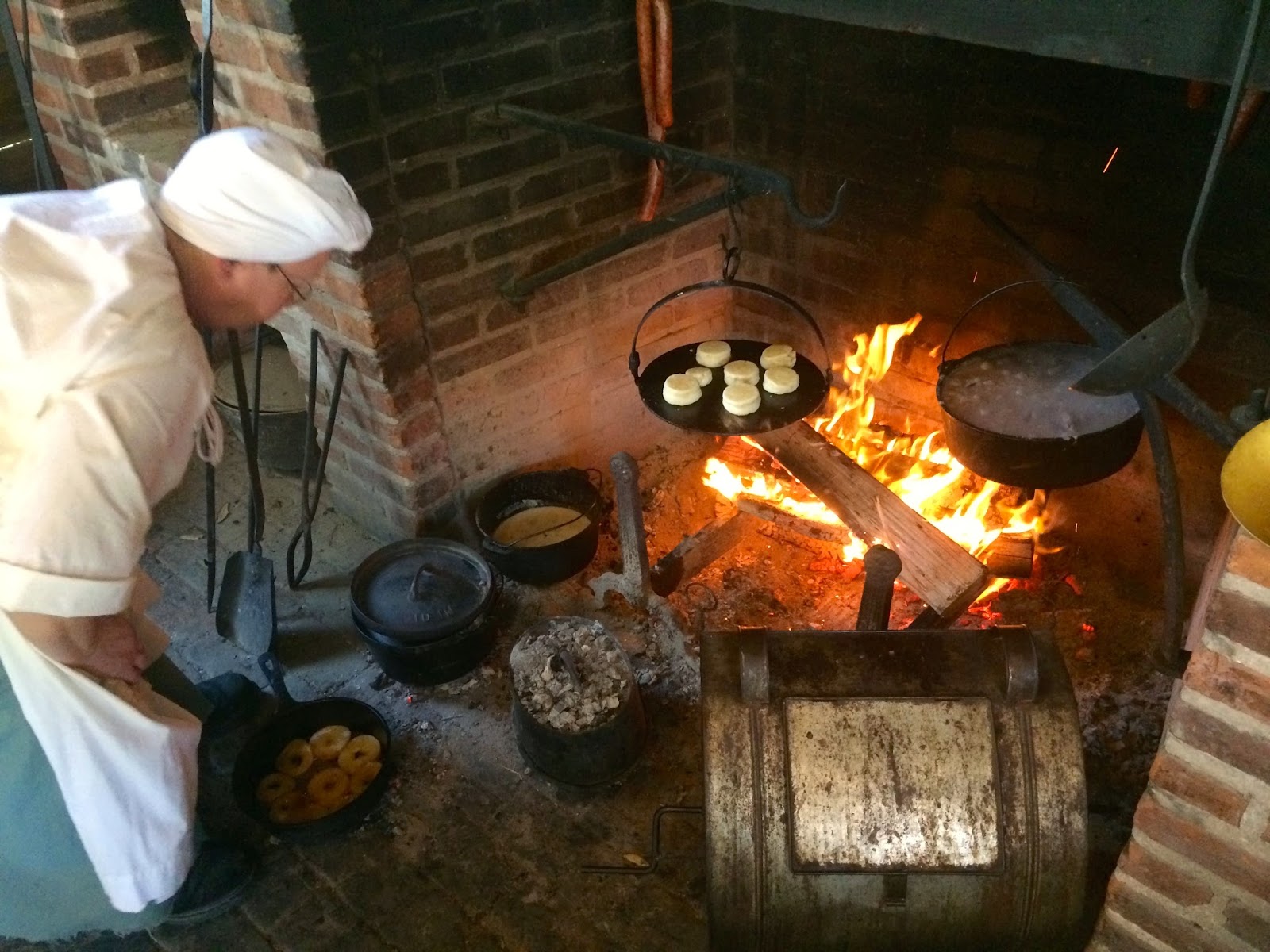 Since Rosemary is known as "the baker" - we also used the oven. I may have mentioned this in an earlier blog, but the brick oven takes quite of bit of work to get heated up properly. You have to get a good fire going and keep it burning for about 4 hours to heat up the bricks. Then, you have to take out all of the coals, wipe down the oven, and then put your bread/cake etc. in to bake. It generally takes about the same amount to bake things in this oven as it does in modern day oven (which is pretty neat!) 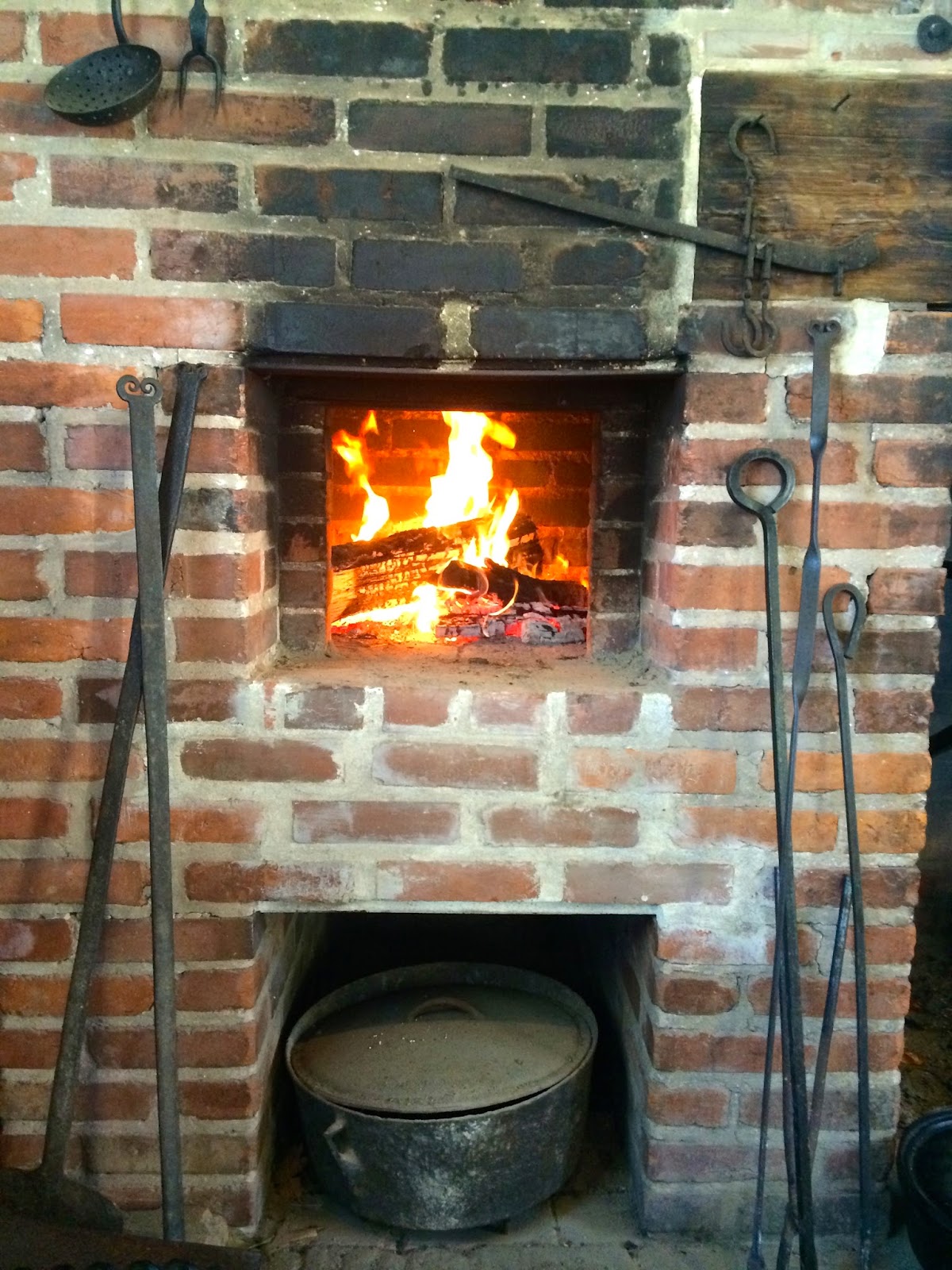 Posted by Ashley's Adventures at 19:18