One of the most interesting classes we had while in Rome fell within the first week of the program. A famous food writer, Federico de Cesare Viola, took our class on a tour of what he called, "The Golden Triangle" of Roman food. This area is just down river of the Gusto Lab Institute and houses some of Rome's most famous restaurants, bakeries, and gourmet food shops. We followed our guide through the Campo de' Fiori market where he talked to us about the importance of seasonality in the market. For example, artichokes were just going out of season, just as strawberries and zucchini blossoms were coming into season. He also pointed out some of the neighborhood's renowned chefs and food entrepreneurs shopping in the market.

As we left the market, we ran into one of the most famous food entrepreneurs in Italy - the man who invented EATaly. Federico fell into a lively conversation with this man, while we continued to marvel at how such a huge city could feel so intimate when you spent the day with a local. A few steps down the road, we ran into another food entrepreneur who had just opened his flagship artisan gelato shop in Rome. Simone Bonini started his company, Carapina in Florence, and after achieving great success there, decided to expand to Rome. Later that day, we visited this shop and interviewed Simone. He spoke passionately about his business philosophy and his commitment to producing the finest quality gelatos using local ingredients. He told this to us as he was cutting fragrant nectarines from the Campo de' Fiori market. While there, we tried pineapple, peach, strawberry, and pecorino romano flavored gelatos. The pineapple was my favorite. The fruit flavor was so concentrated. It was to-die-for! 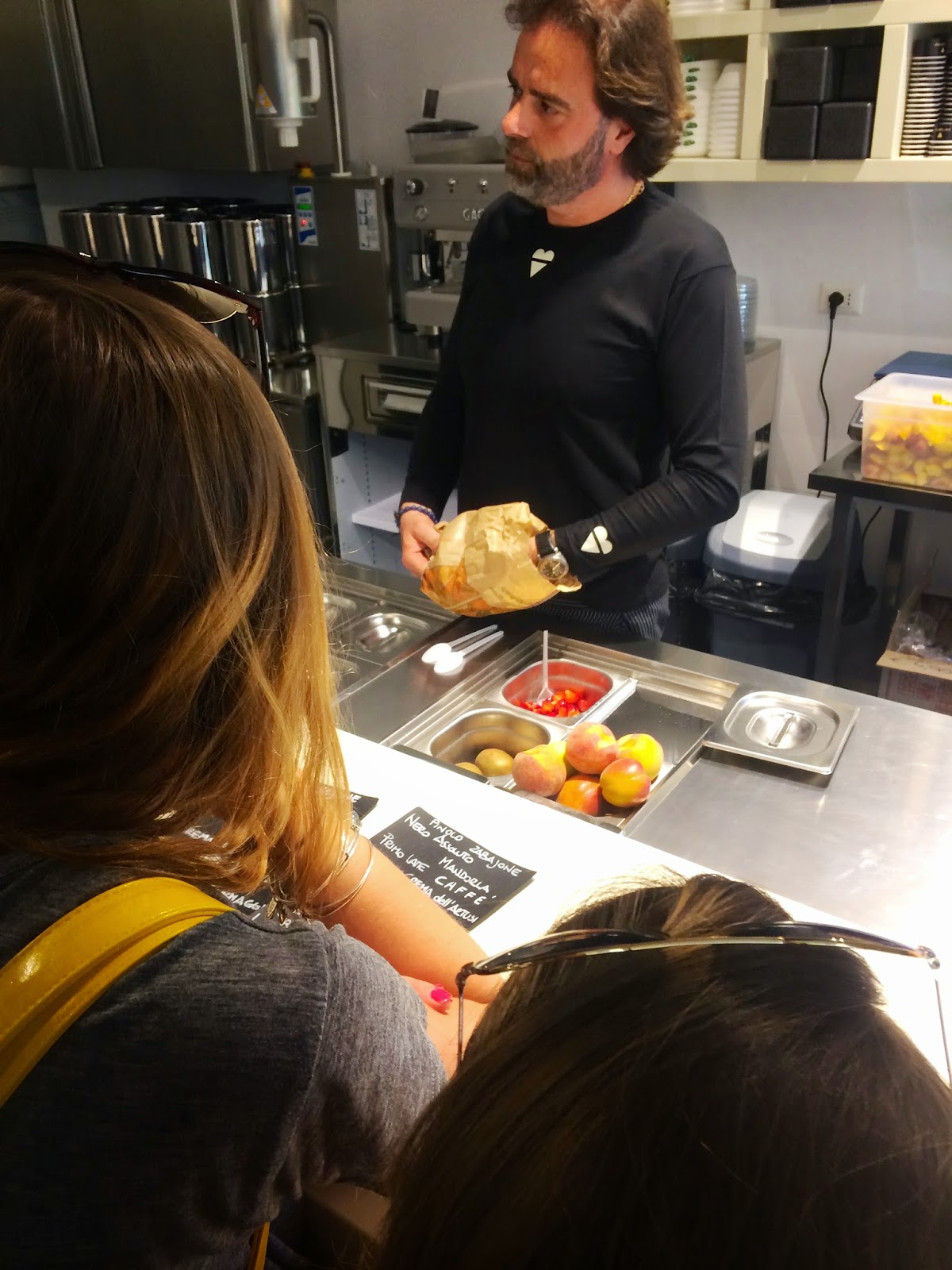 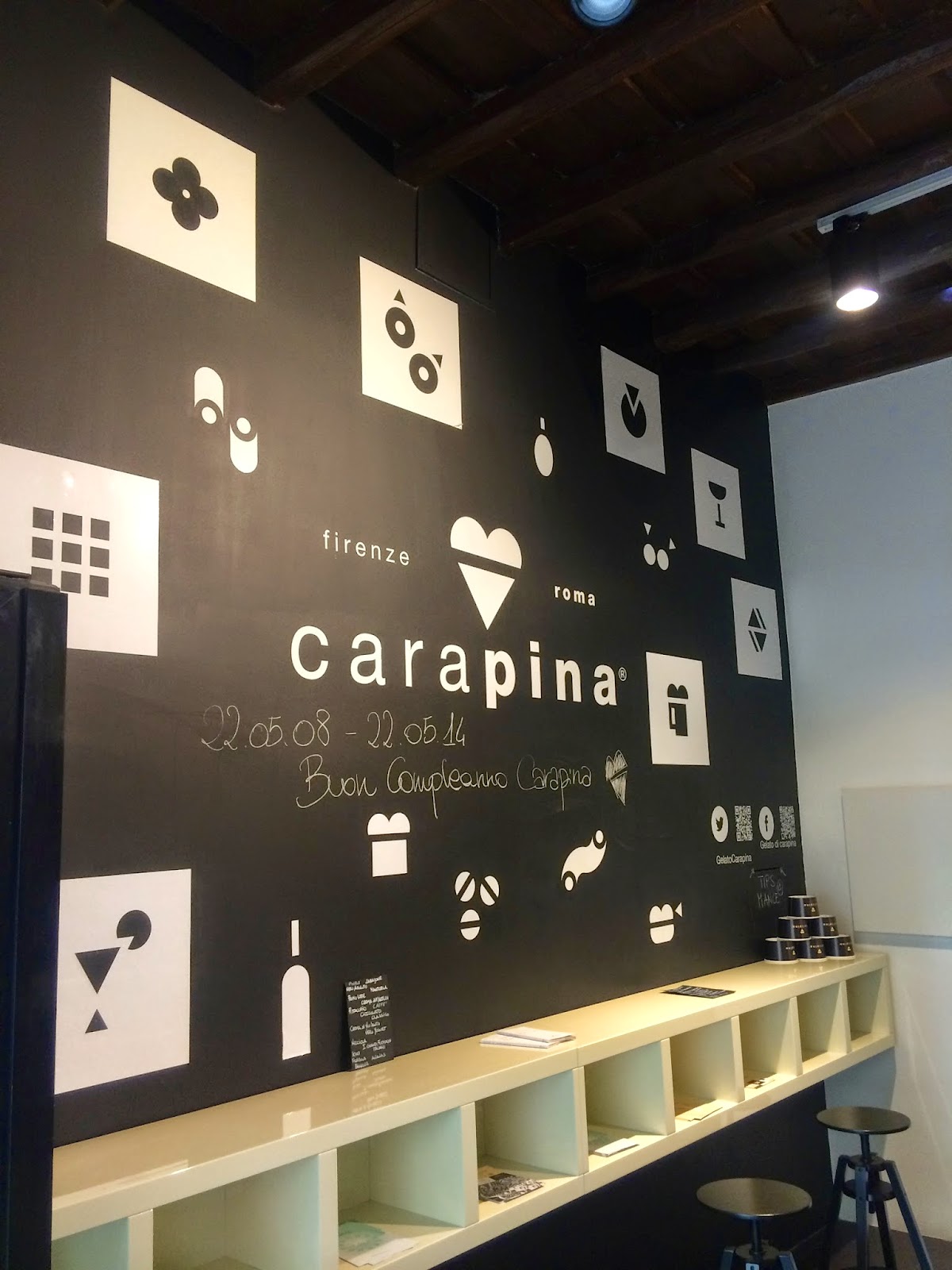 Before taking our side trip to Carapina, we stopped at Roscioli. This business, owned by 2 brothers, is made up of a bakery, restaurant, and gourmet shop. The forno, or bakery, is one of my favorite parts of the place - the pizzas and baked goods just look so mouth watering! 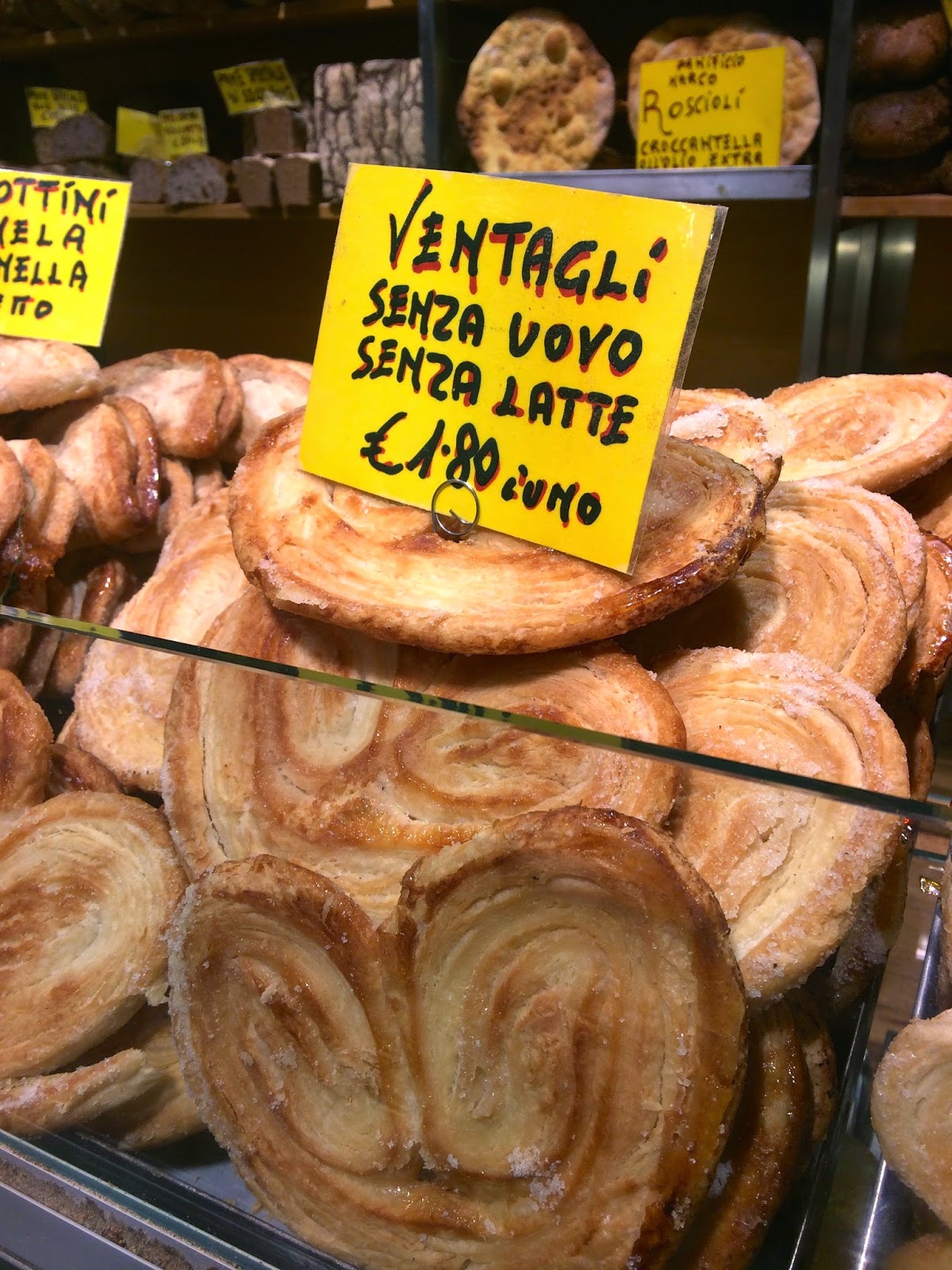 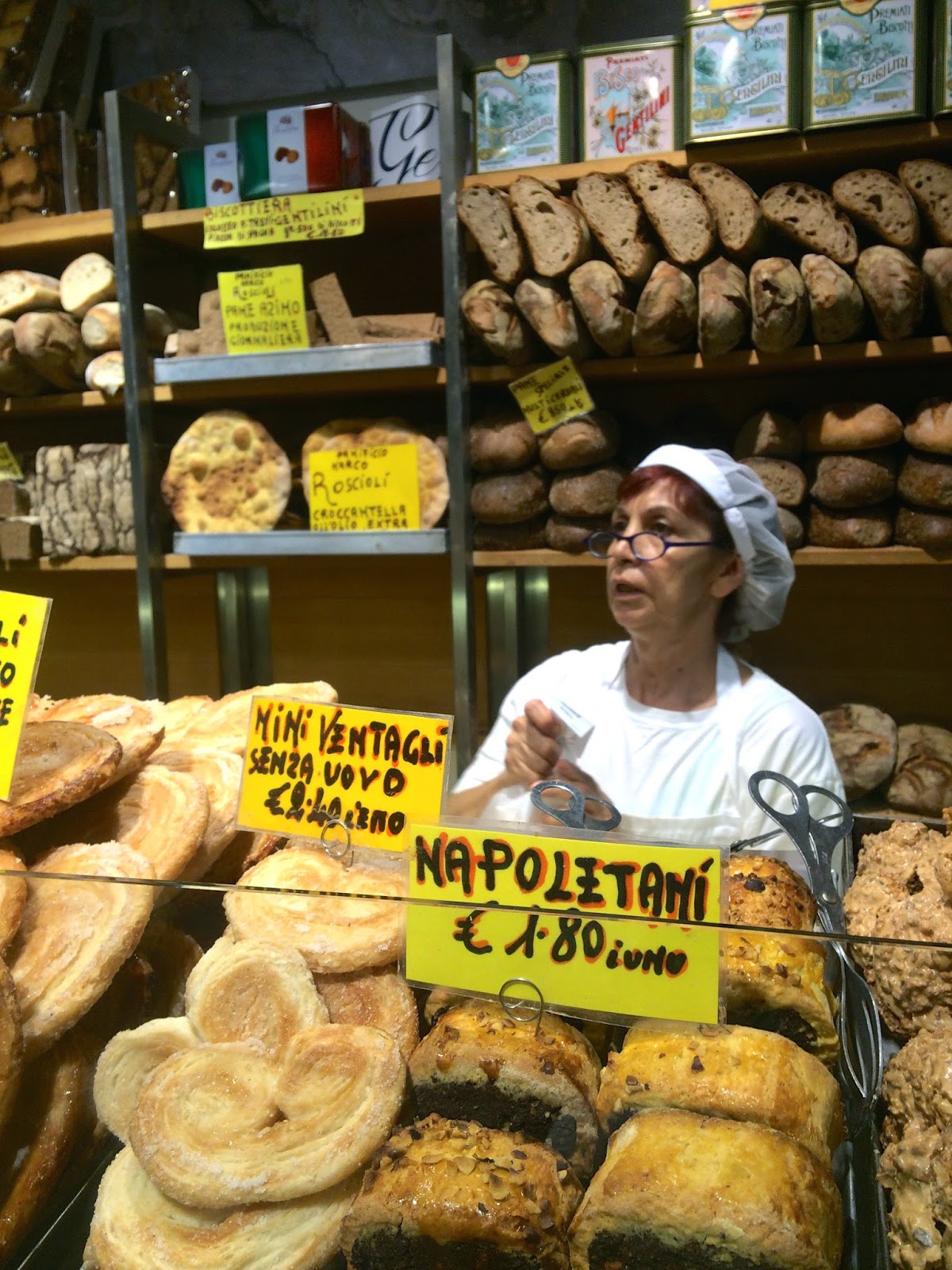 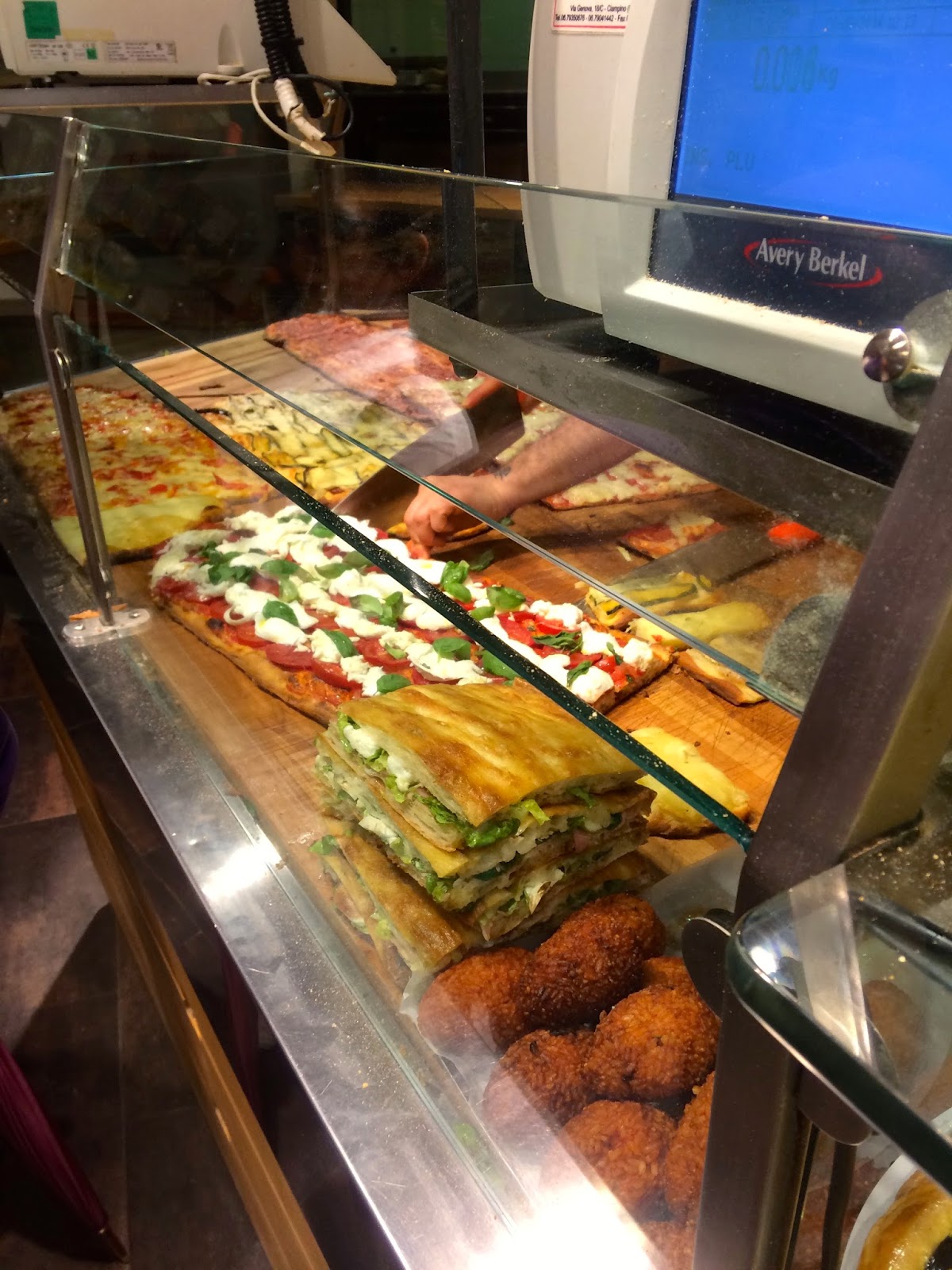 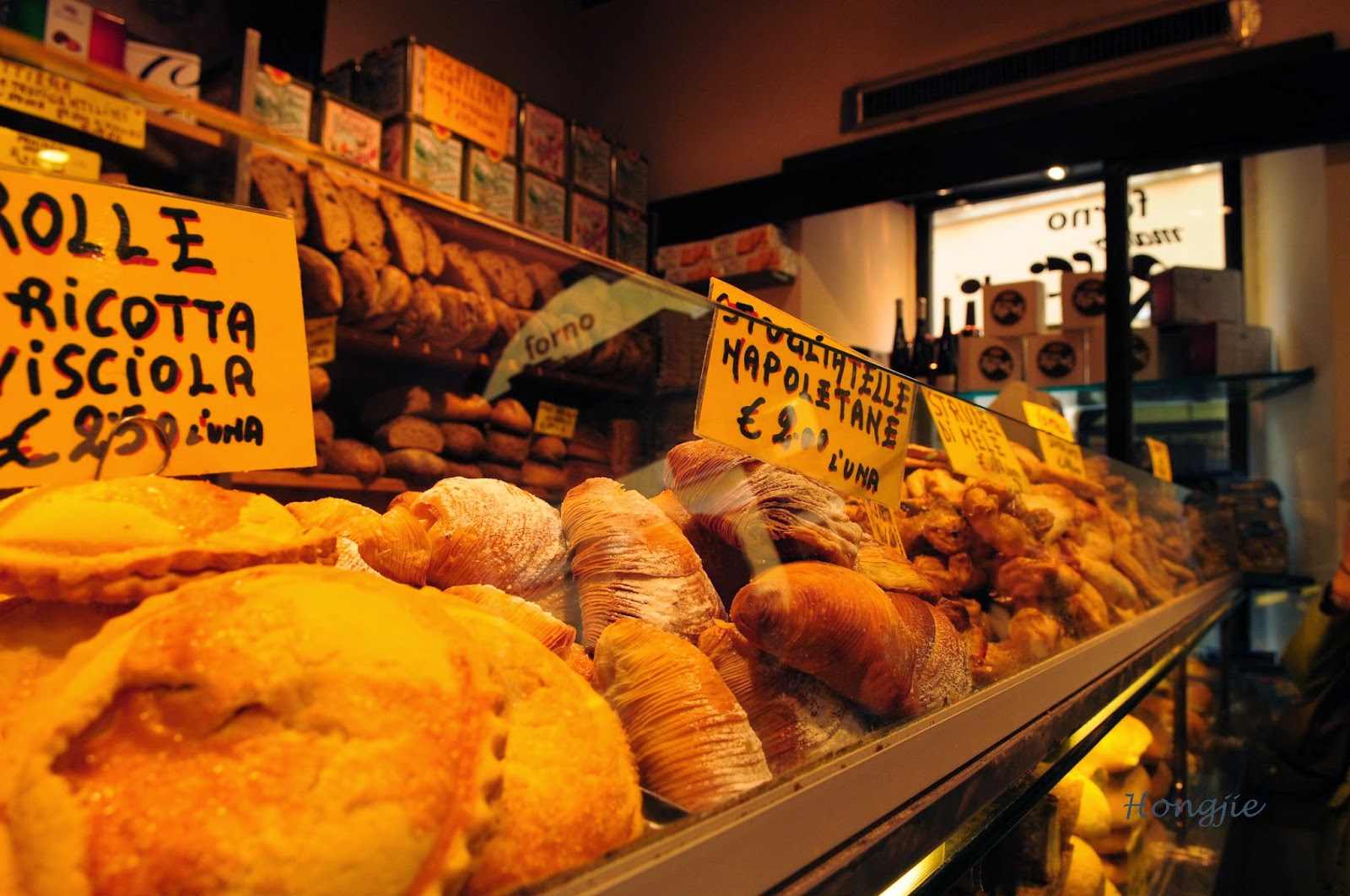 After having a look around the bakery, we claimed some tables out on the street where we sampled roman pizza: a pizza bianca (the most traditional) and a pizza with roasted bell peppers. I absolutely loved the one with roasted peppers. While enjoying our street food, Federico provided some interesting commentary on the gender composition of food business in Italy. It is most common, for example, for men to be the public faces of businesses and for women to be the most respected home cooks. There are, however, a few Italian women chefs who are making a name for themselves in the haute cuisine sector of Rome. I also came across a cute sandwich shop in Trestevere that opened up this past May by three women. 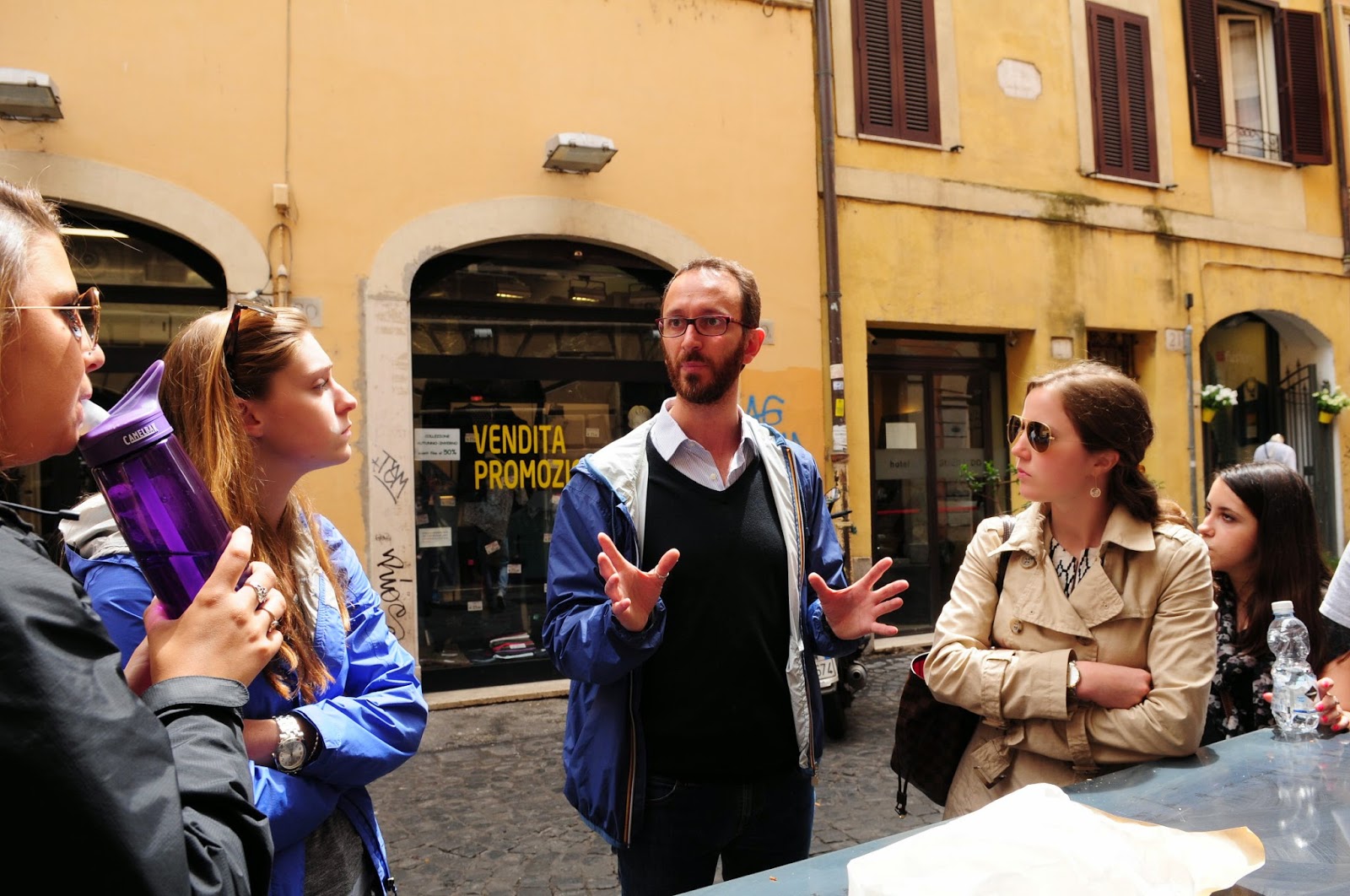 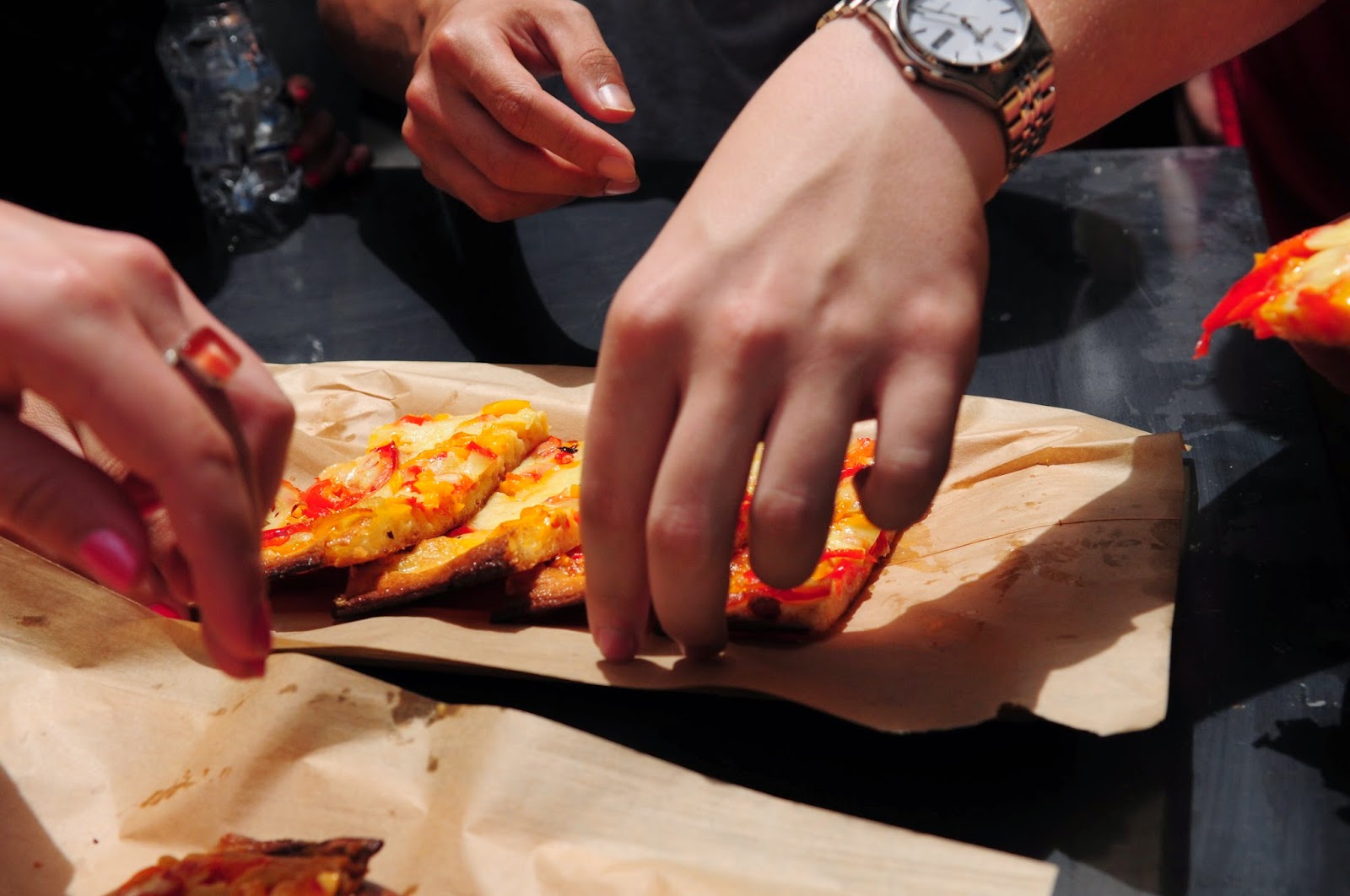 Lastly, we made our way to EATaly to learn about that company's business strategy and their early partnership with Slow Food Italy. Essentially, the business has created a model in which it simultaneously protects and celebrates small-scale, Italian food artisan while disseminating these foods in locations across the world. 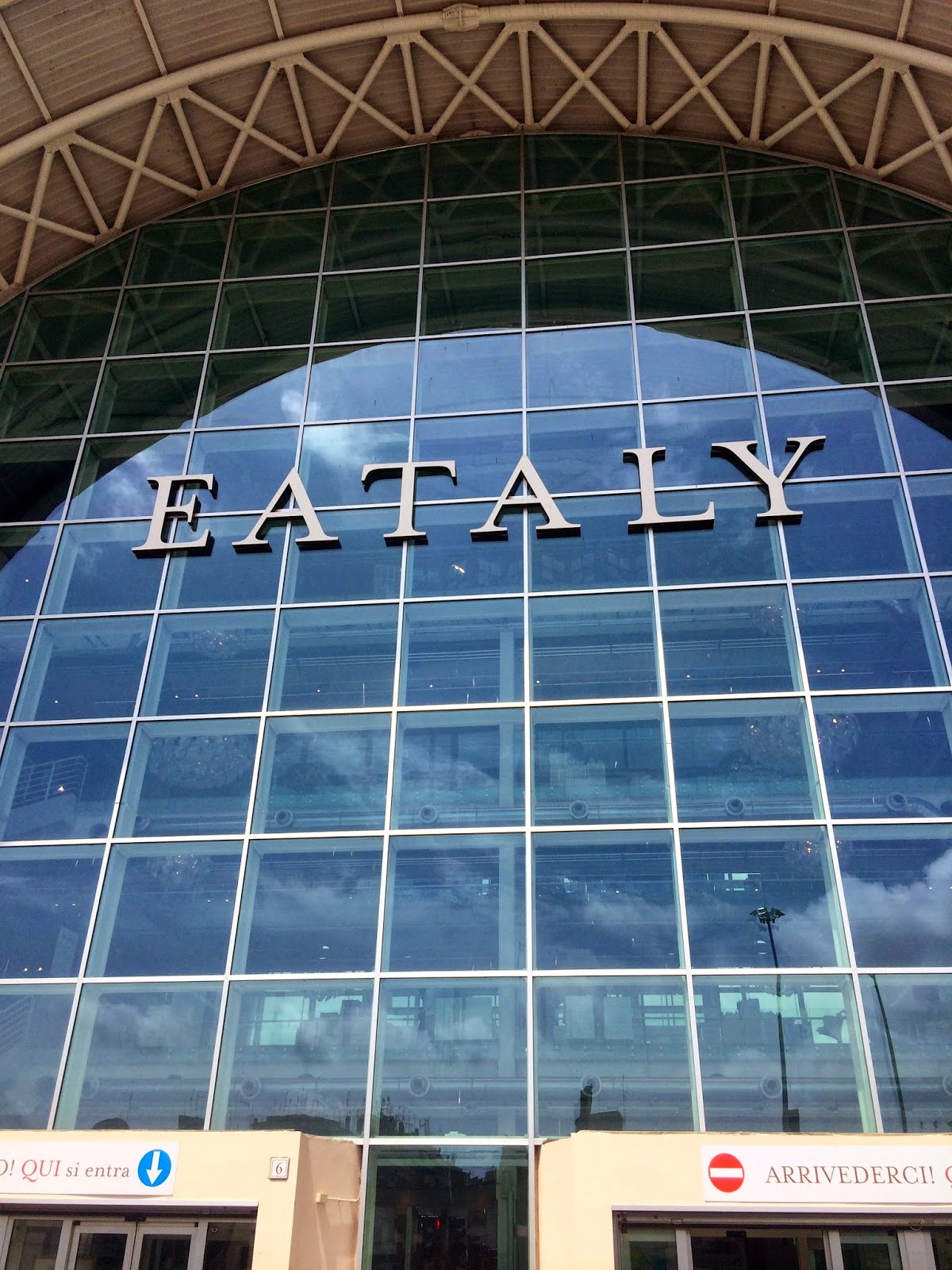 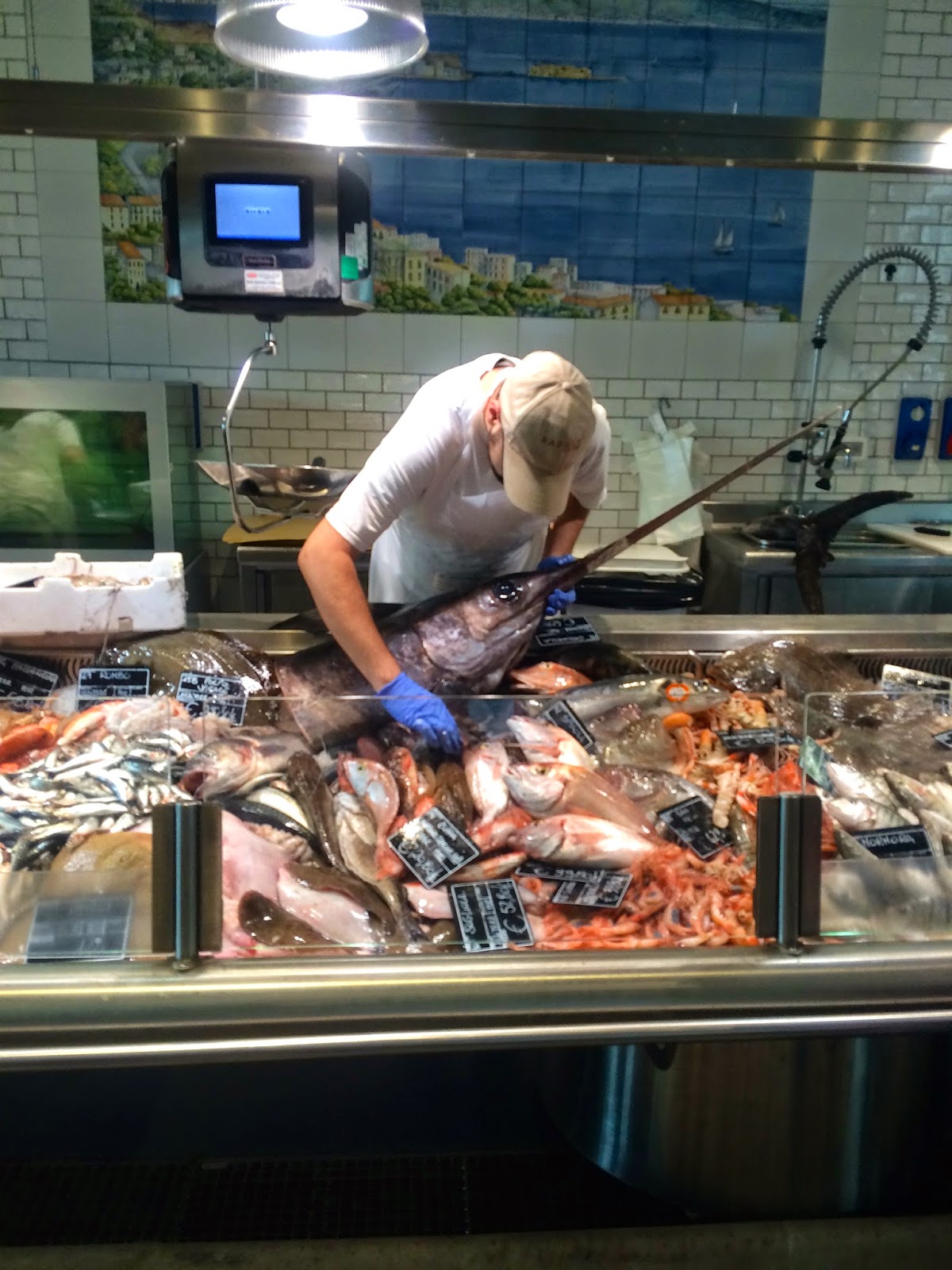 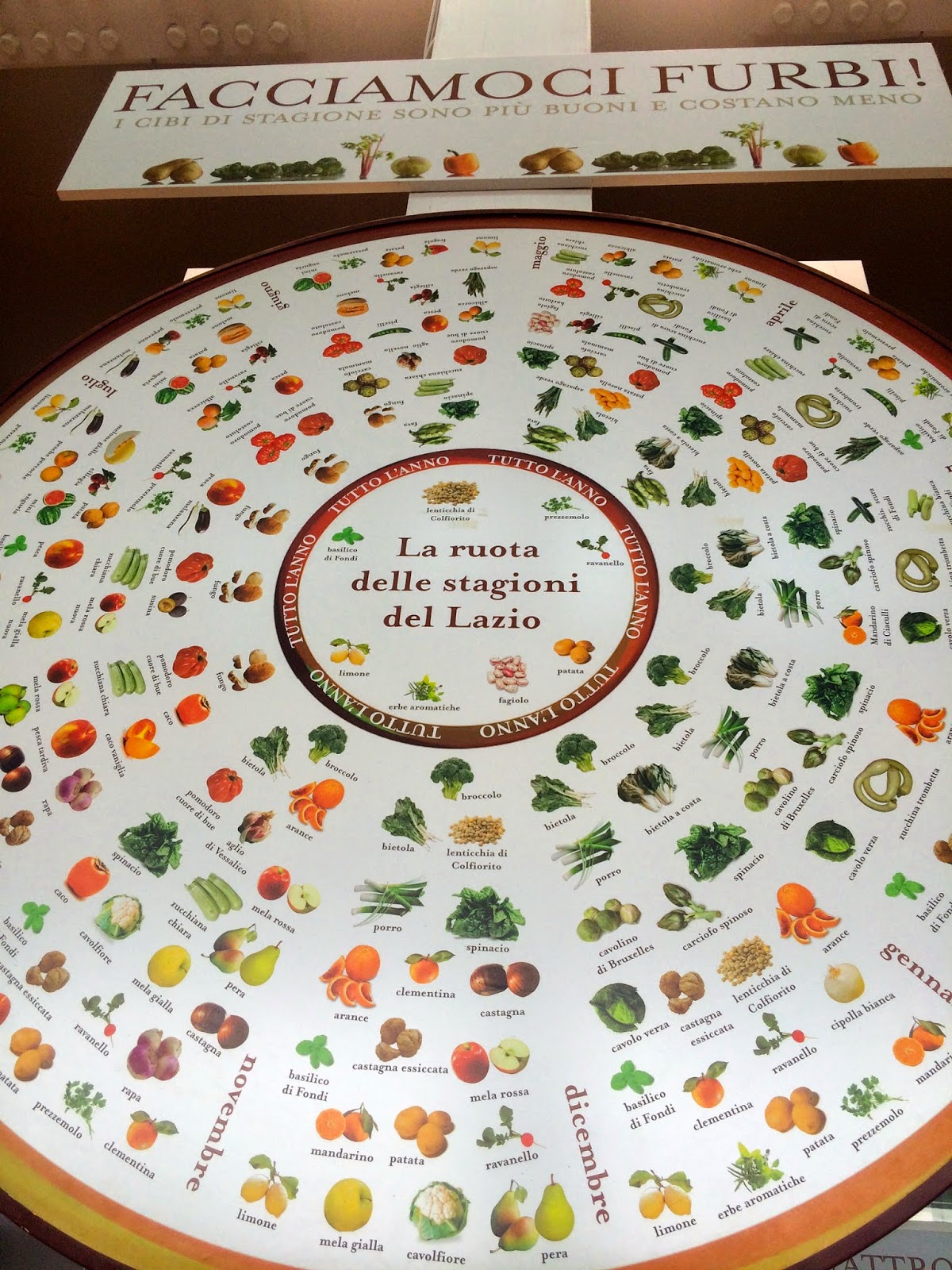 Posted by Ashley's Adventures at 04:57