My Italian language teacher was amazing. Her name is Ilaria. She was born and raised in Italy, but most Romans mistake her for a tourist because of her bouncy blonde hair, blue eyes, and taste for sundresses and espadrilles. I always spotted her on route to class; she guided her Eco-friendly, compact bike with one hand, while toting her elegant purse in the other. She walked with the grace of a 1950s movie star.

During class one day, she took us on a food tour of Rome -- the food places and spaces that she frequents on a weekly basis. We wove our way through Rome's charming alleyways, stopping in cafes and bakeries where the staff seemed to be waiting for her to walk in and order.

We started off in the Campo de' Fiori market where I spotted chestnuts in their shells! Did you know that chestnuts look like little furry creatures; they are like the little ewoks of the nut family. I also caught a whiff of fragrant herbs: rosemary, bay leaf, tarragon etc. Ilaria worked the market like a pro -- she greeted all of the vendors, joked with them, and expertly purchased the freshest ingredients at a Roman's price (as I said before, the Campo de' Fiori is notoriously expensive for tourists). 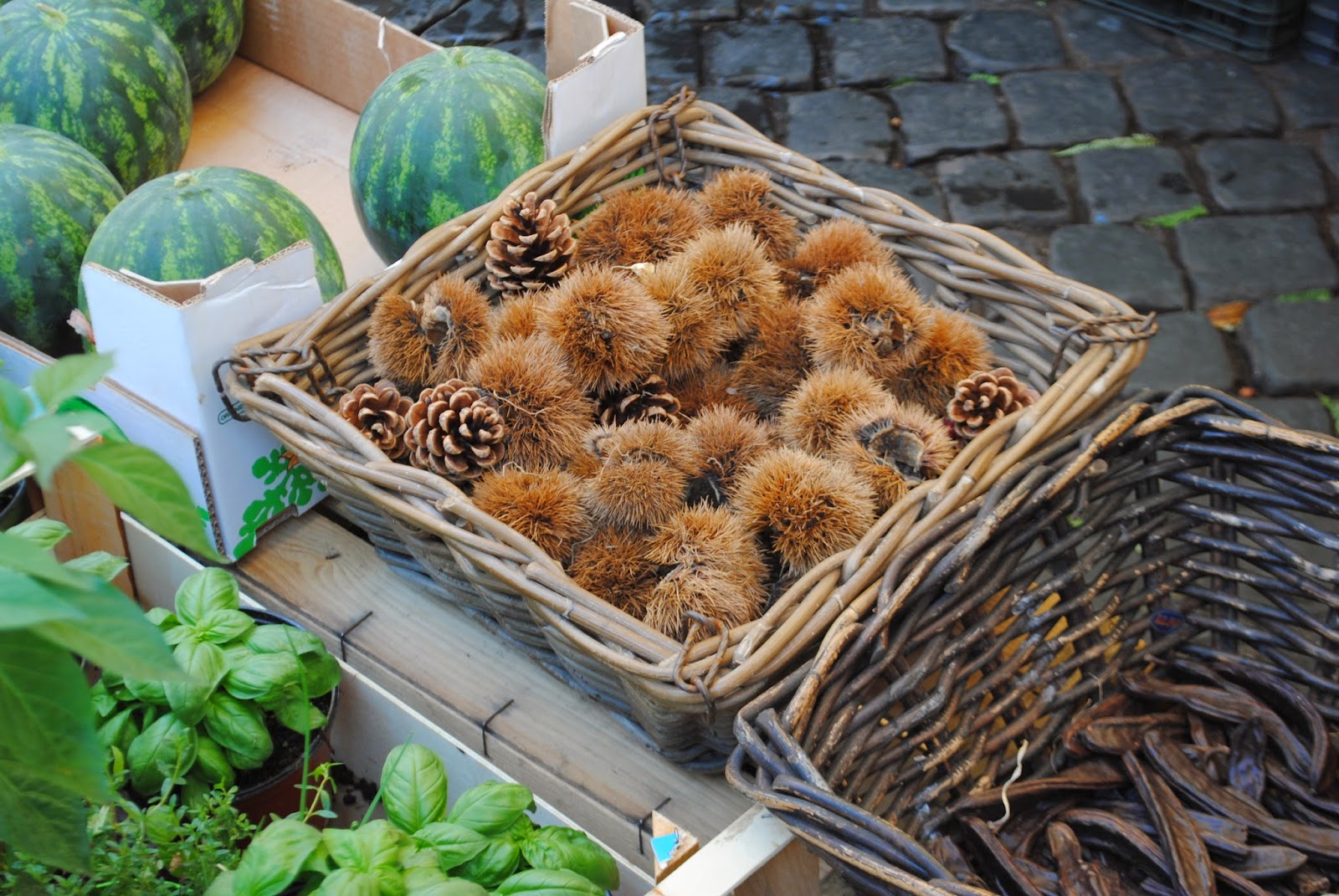 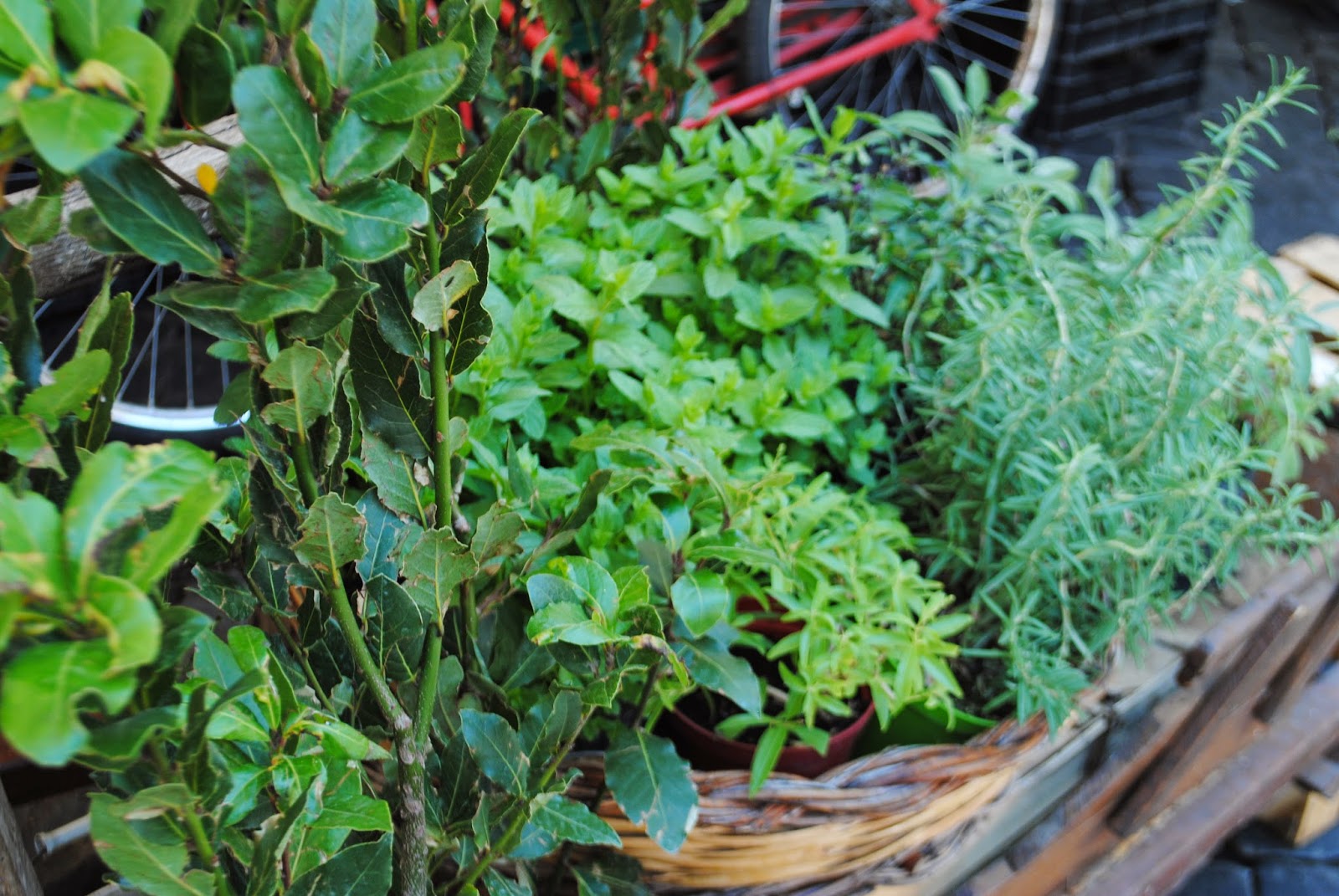 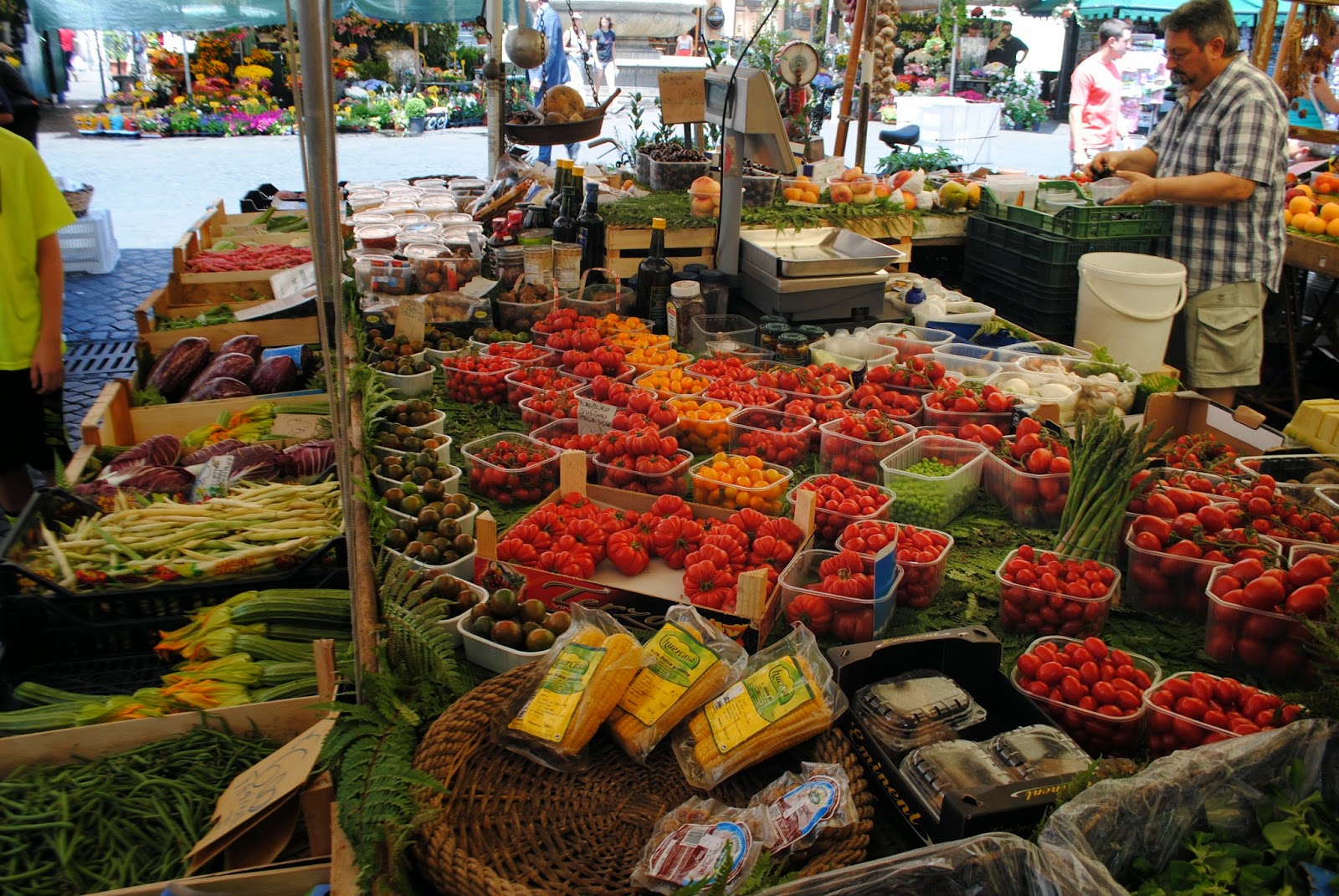 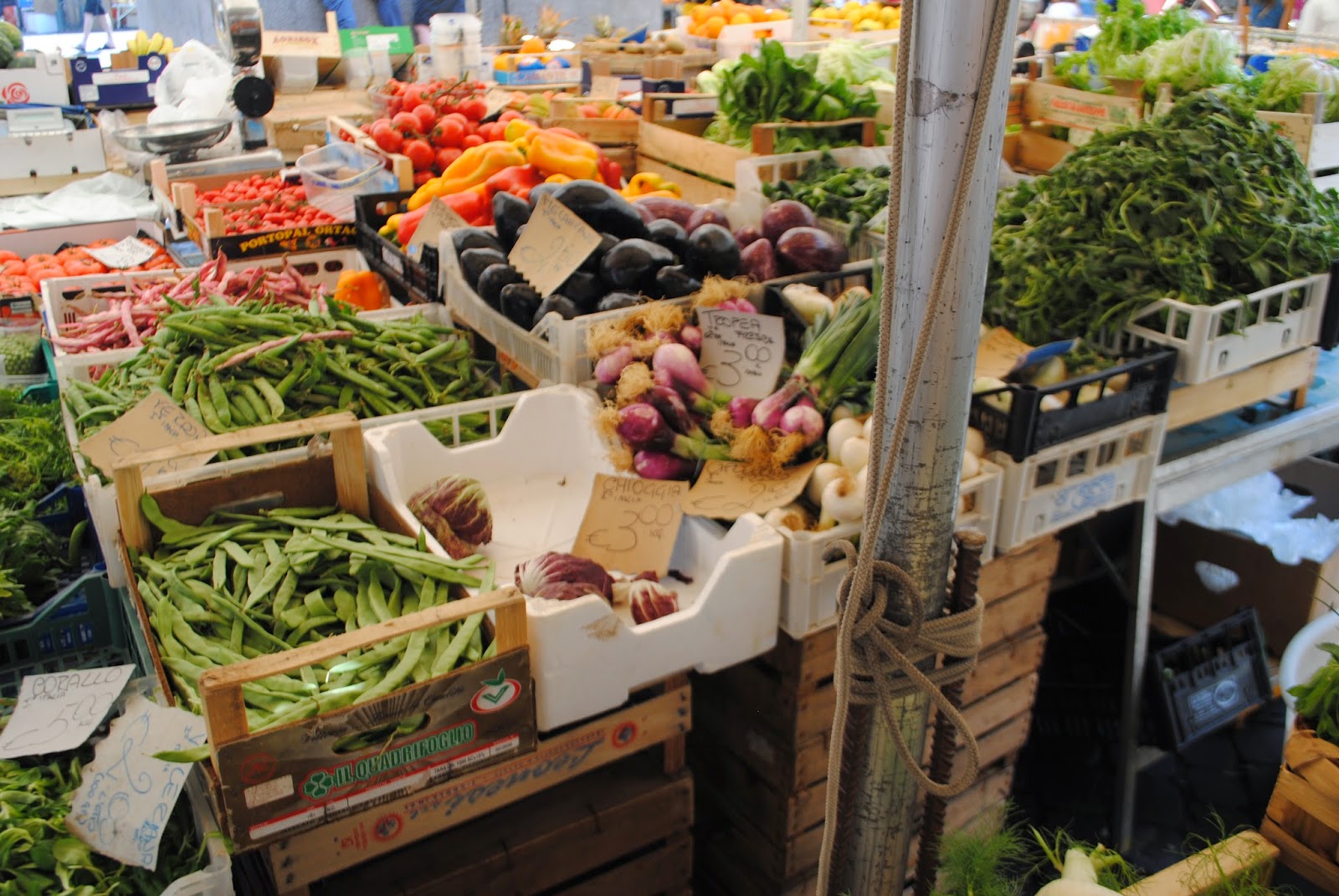 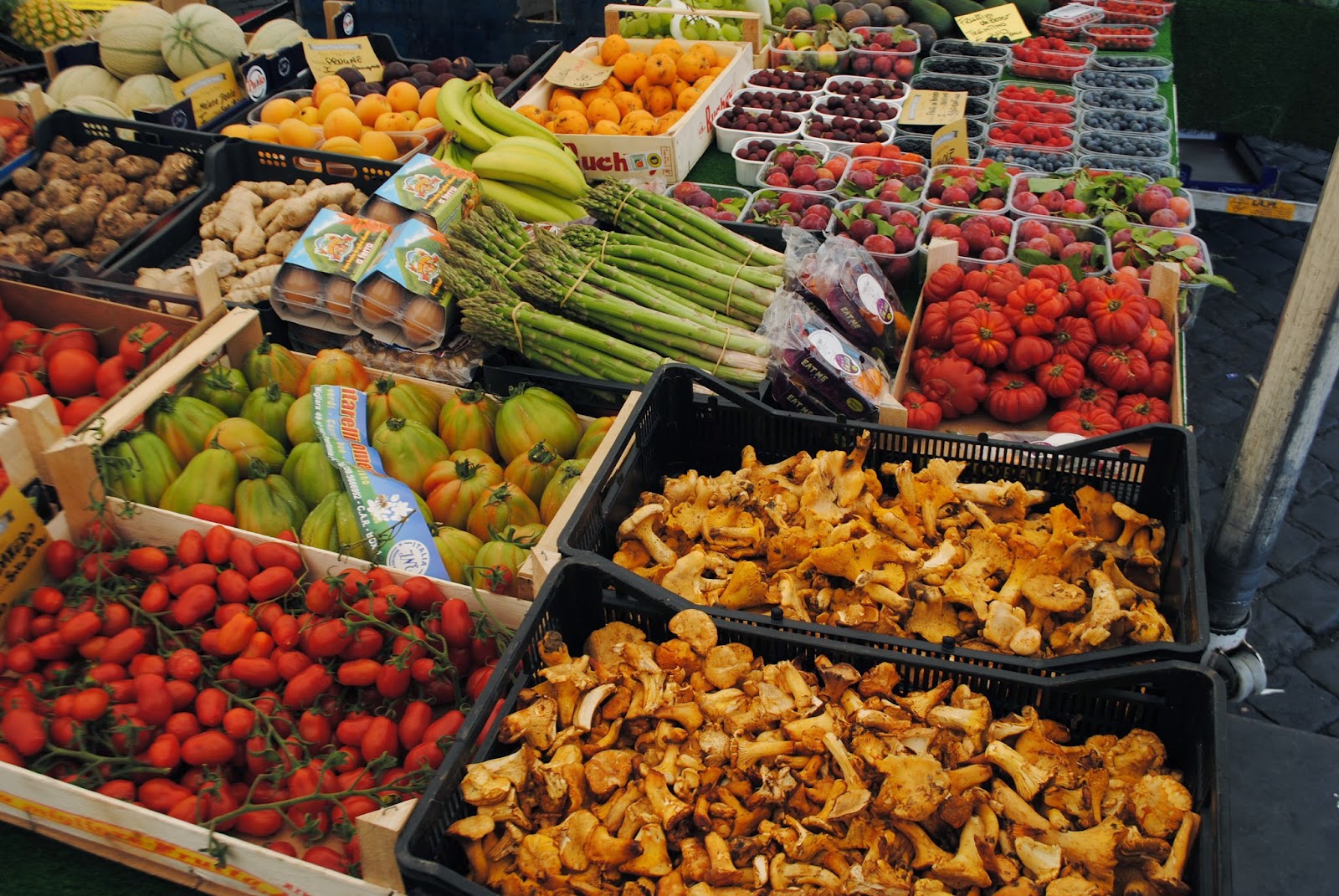 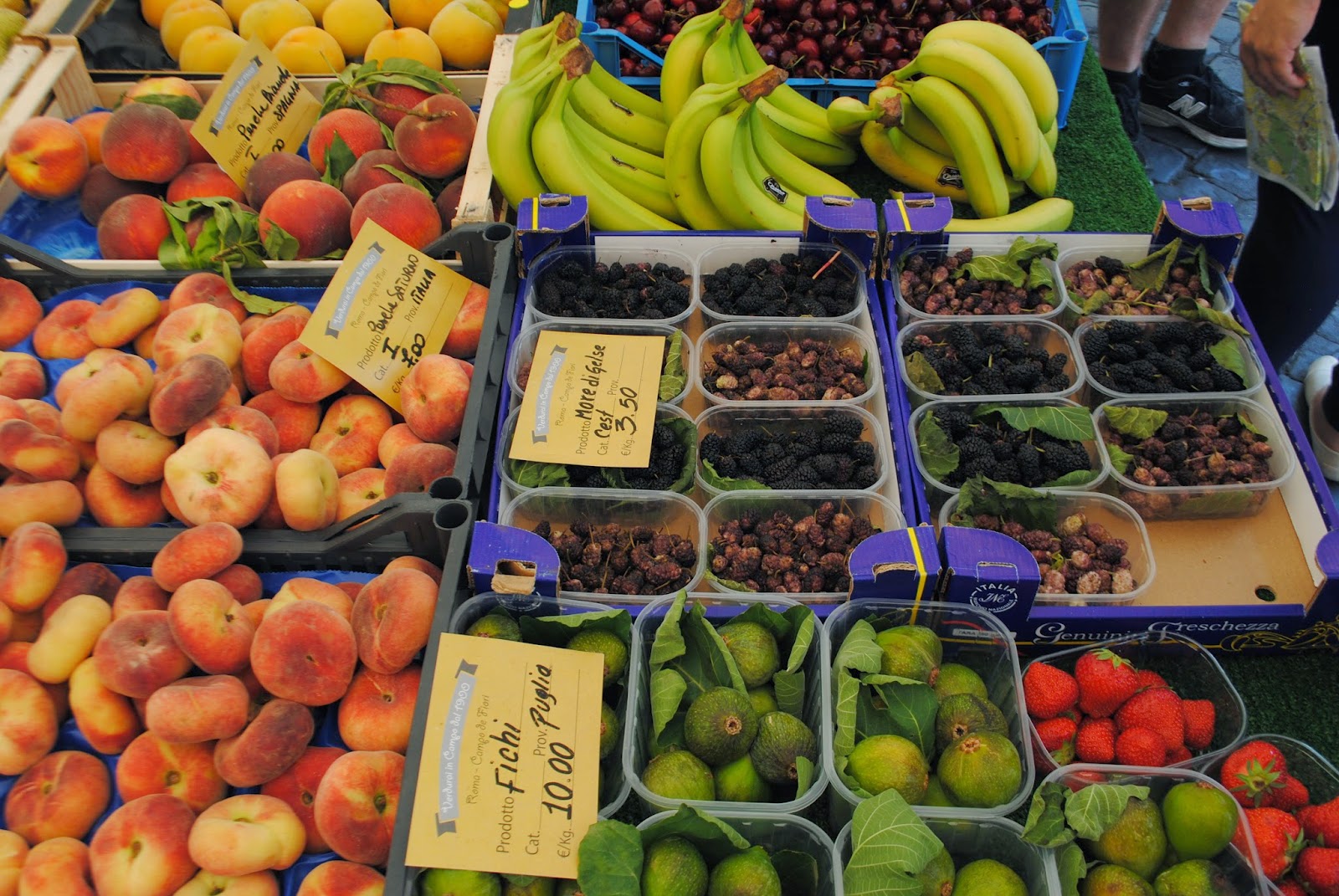 Campo de' Fiori is also host to one of the oldest bakeries in Rome, which is simply called, "Forno." They are known for their Roman pizza - a crisp, yet airy bread brushed with olive oil and salt. Ilaria prefers to get her pizza from this bakery as opposed to its major neighborhood competitor, Riccioli. 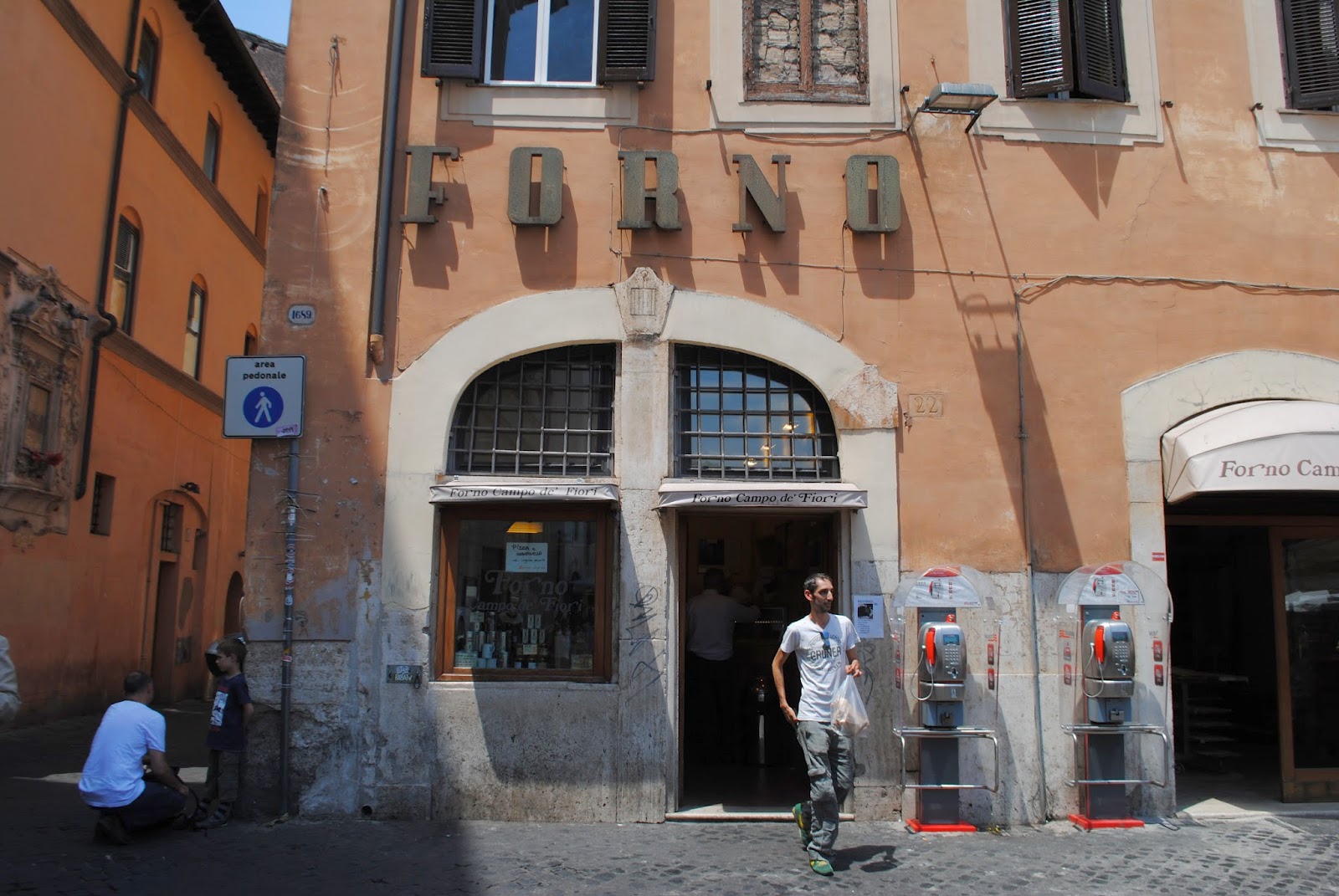 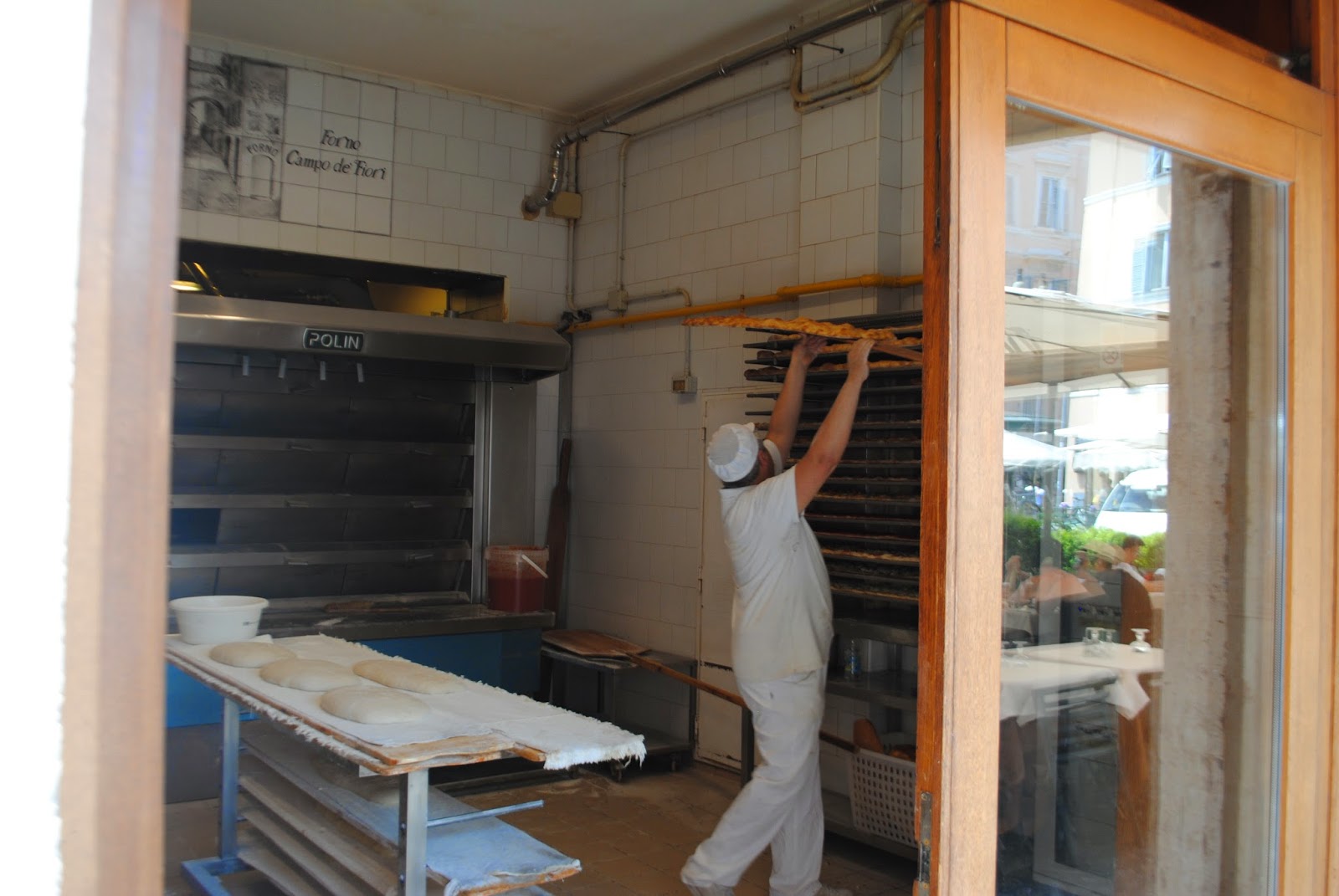 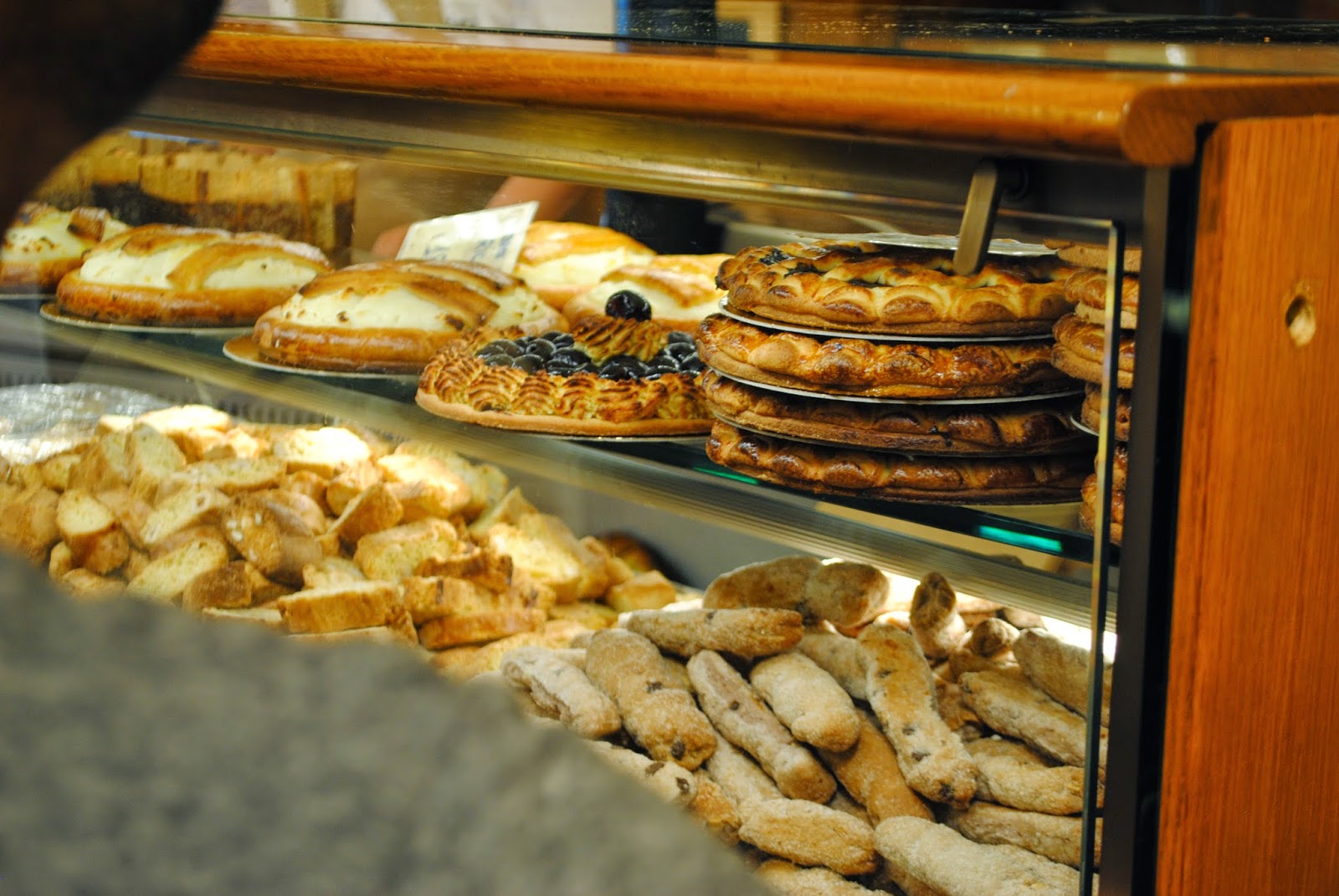 After exploring Campo de' Fiori, we made our way towards the historic ghetto. After passing through an early twentieth-century metal turnstyle, we began walking by shop signs in Hebrew. Ilaria walked us to her favorite jewish-owned restaurants -- places where we could try Rome's famous fried artichokes or grab an affordable Mediterranean-style lunch. One of the places we visited with her was the main-street bakery, known for its ricotta pies. I tried the one made with seasonal cherries. It was delicate, but had enough substance to hold its shape. The crust was so interesting- buttercup yellow, grainy, and slightly sweet. The cherry-ricotta filling was the true gem. Each bite was like tasting a berry-filled cloud. Yum! 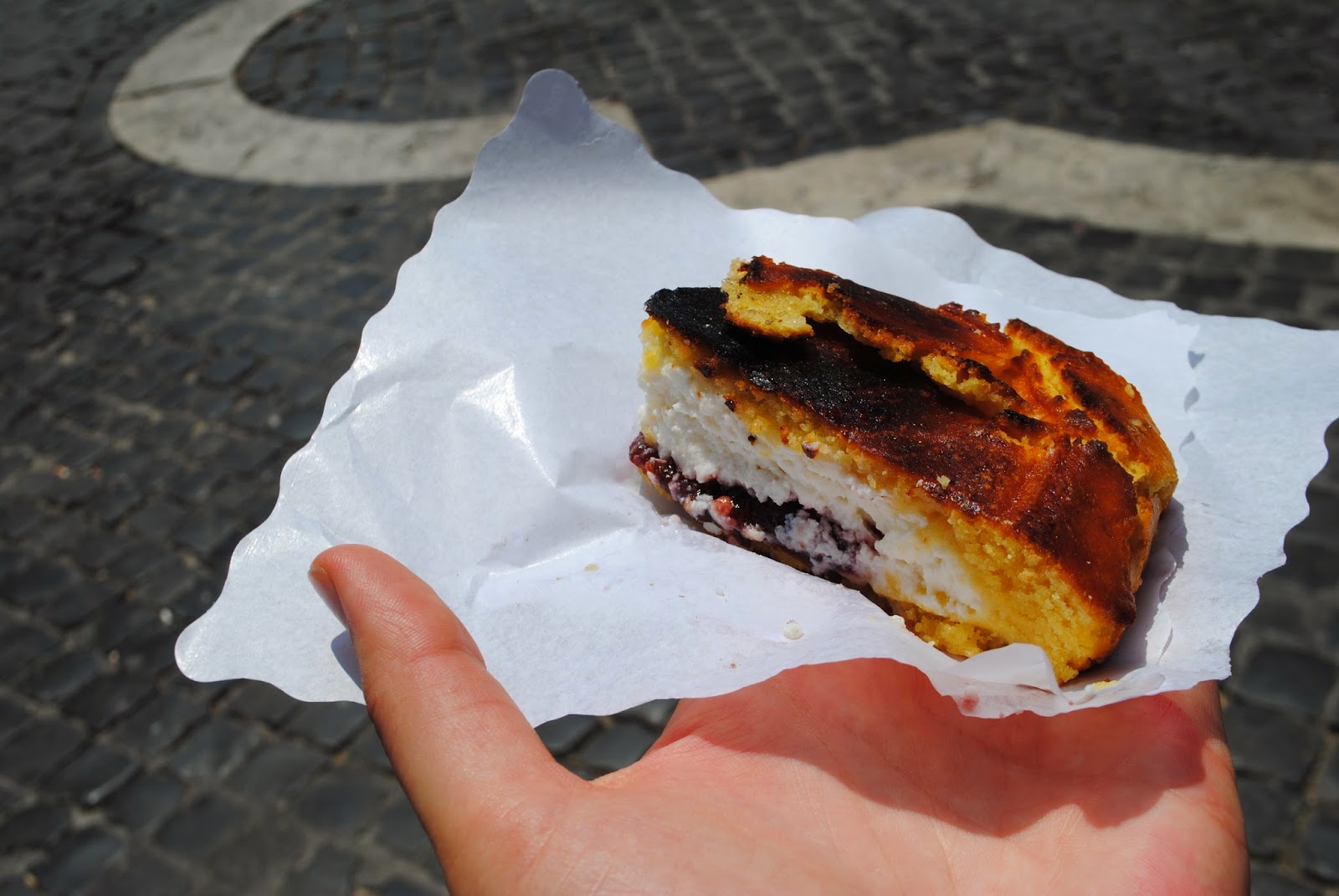 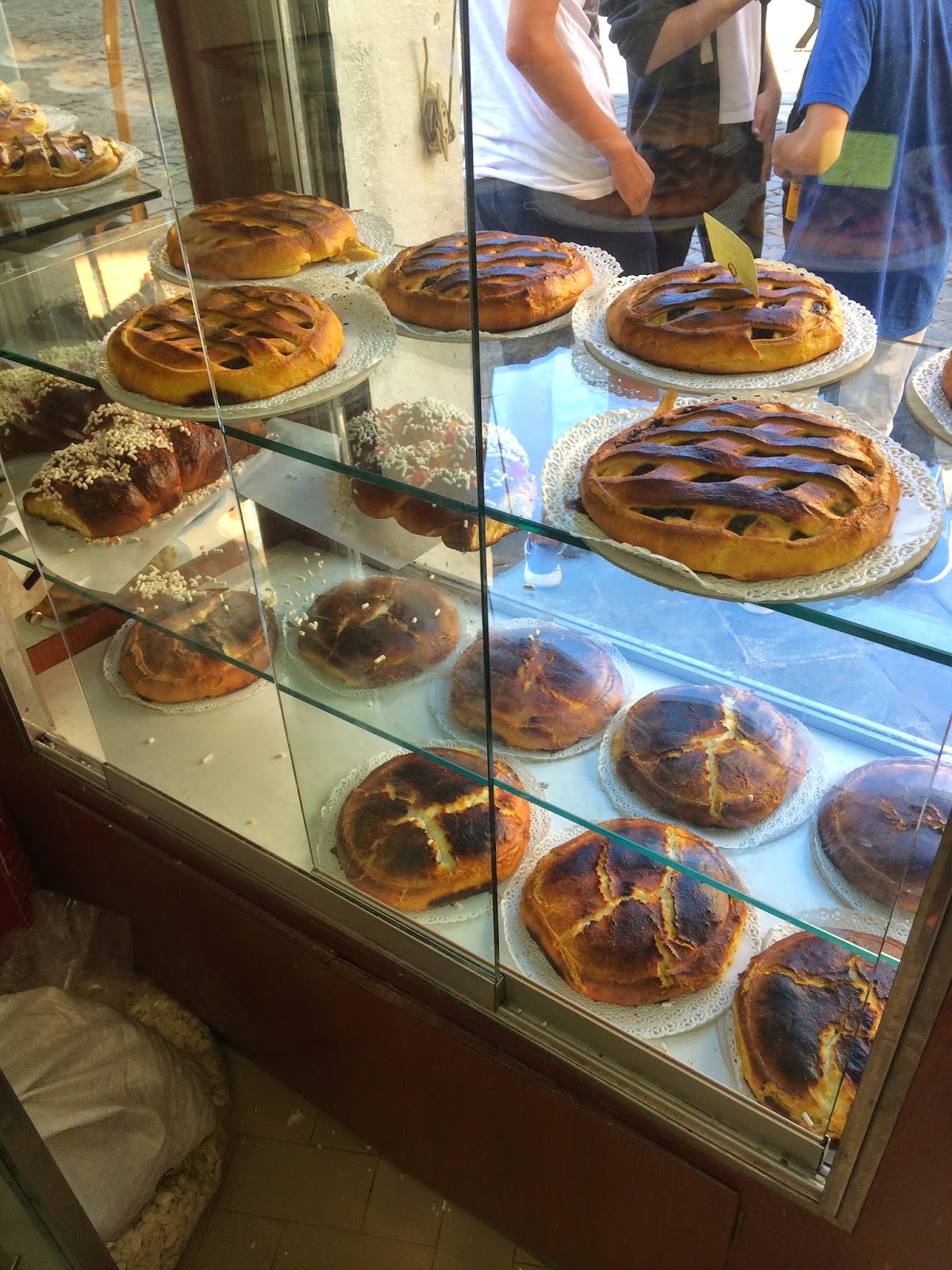 Later in the week, I went to the bakery again to have some more ricotta pie and to try out their fruit and nut cake (also delicious). They bake that cake on these wide, crusty baking sheets that have probably been in the oven thousands of times. This particularly batch of cake was a bit burnt on top. For whatever reason, I found that really appealing (and thought my Dad would love it too)! 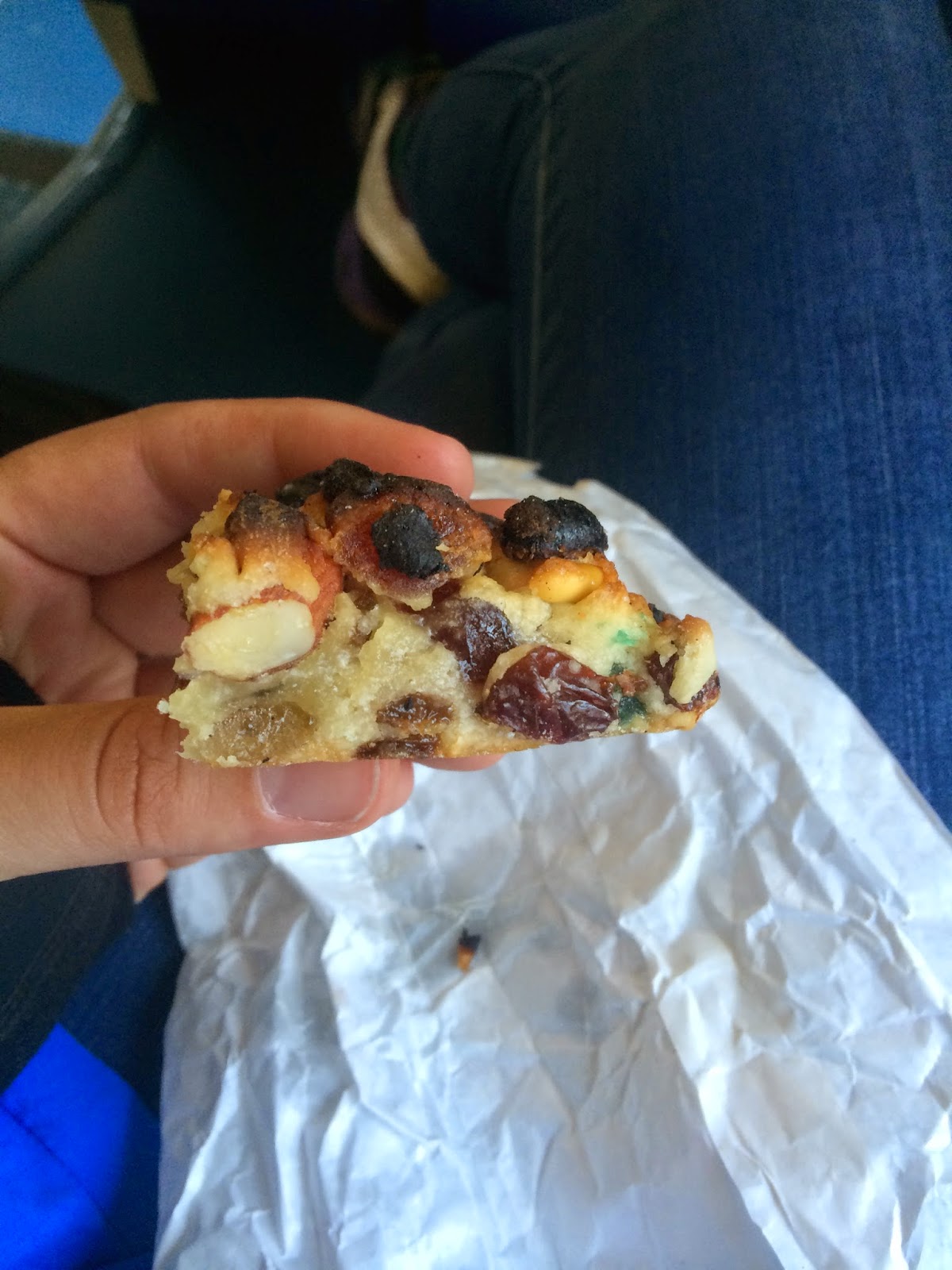 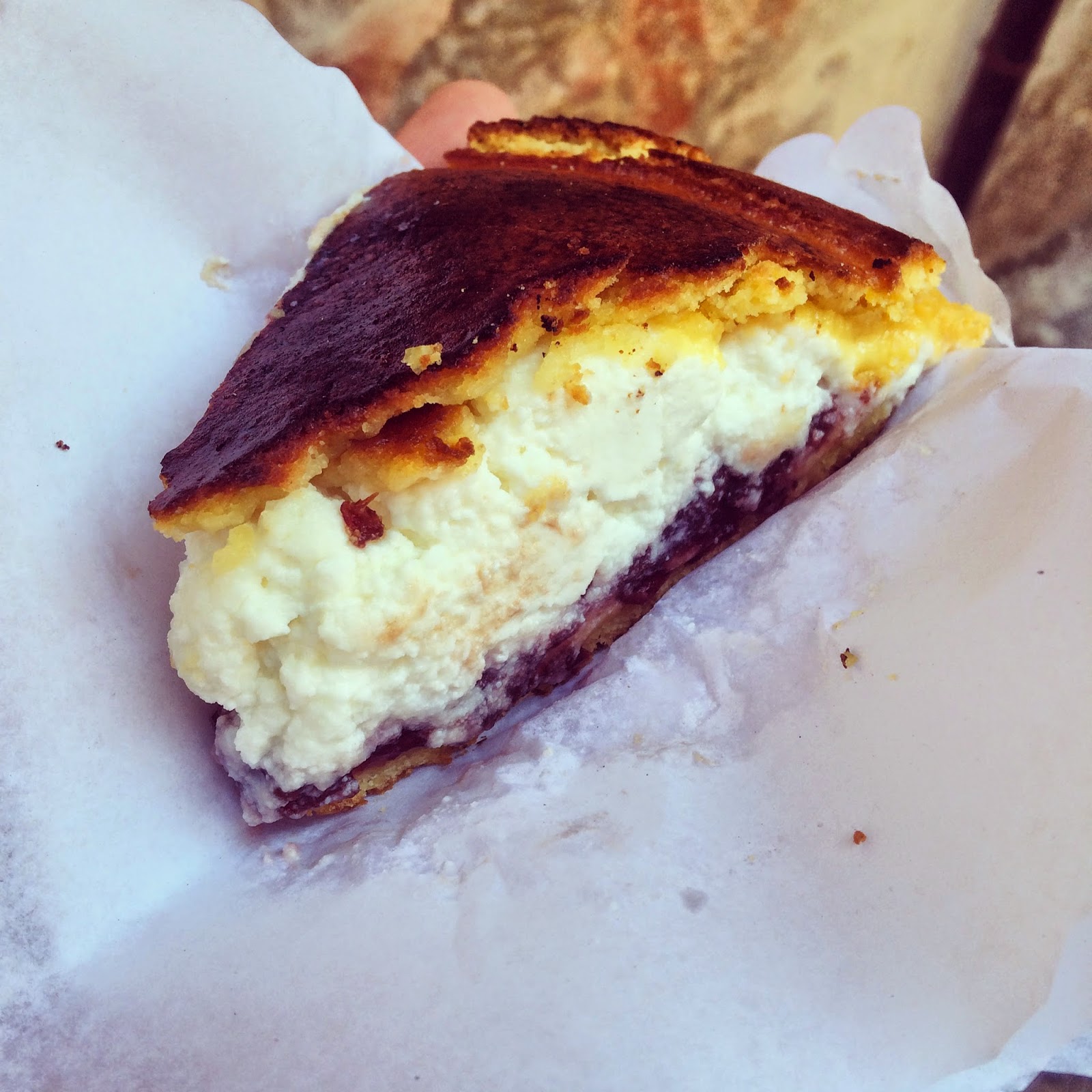 Posted by Ashley's Adventures at 18:10