As part of the GustoLab, we volunteered at the Rome-based Cerealia Festival (Festival of Cereal). This week-long event celebrated all things grain related in Italy and hosted events throughout the country. The Food and Media class was in charge of documenting the festival. The other GustoLab members helped out these students because there were too many events from them to cover by themselves.

I was on a team that covered the opening ceremonies at the Museo Nazionale D'Arte Orientale. After the heads of the festival kicked off the event with speeches, we headed out to a park across from Panella -- one of the most famous bakeries in all of Rome. It is often referred to as a "jewelry shop" of baked goods because the cookies, cakes, breads etc. are so expensive! We were lucky in that they sponsored the opening ceremonies so were were able to try some of their famous breads. I am including images of some of their window displays. You will see a wolf, a marine scene, and the Colosseum! 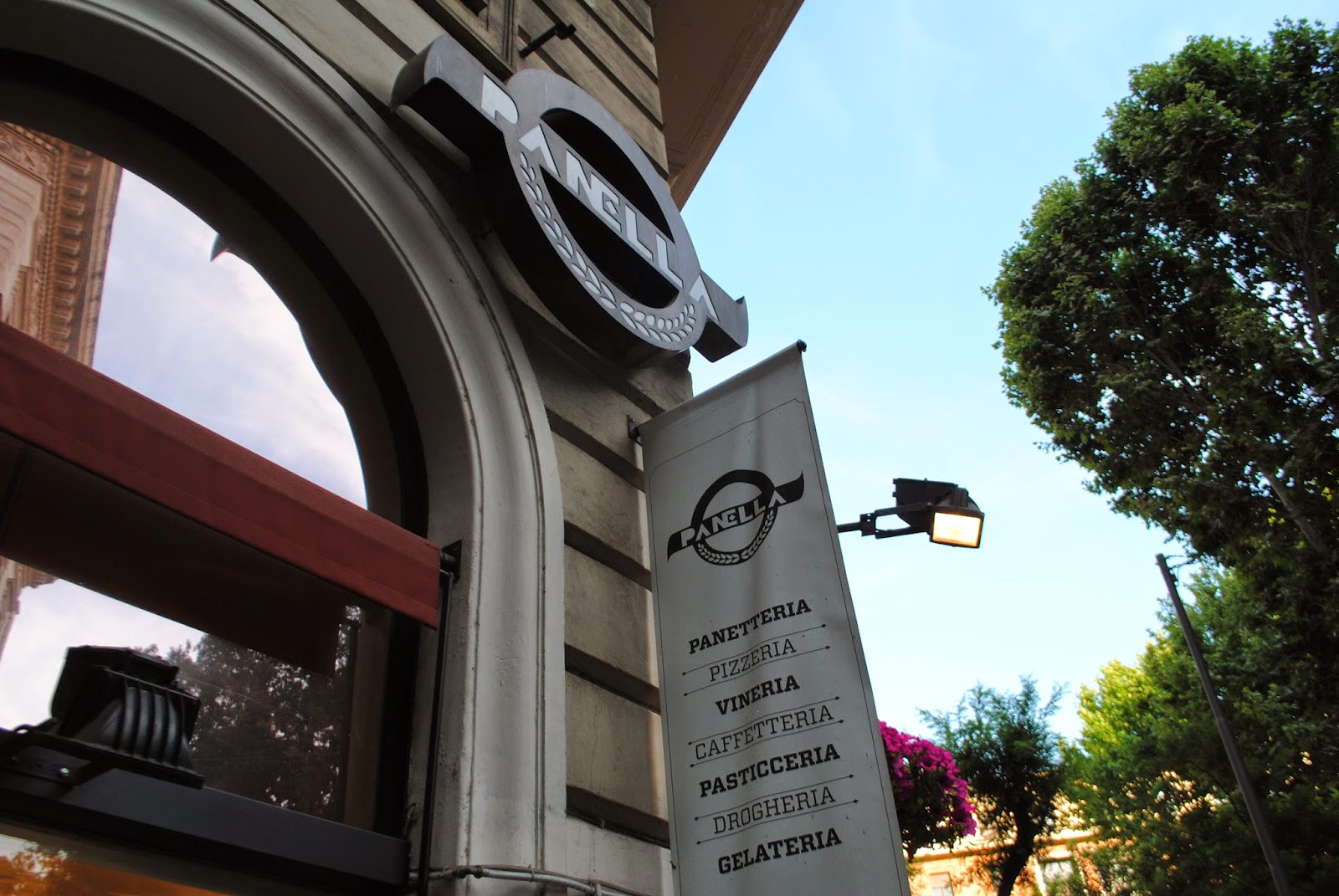 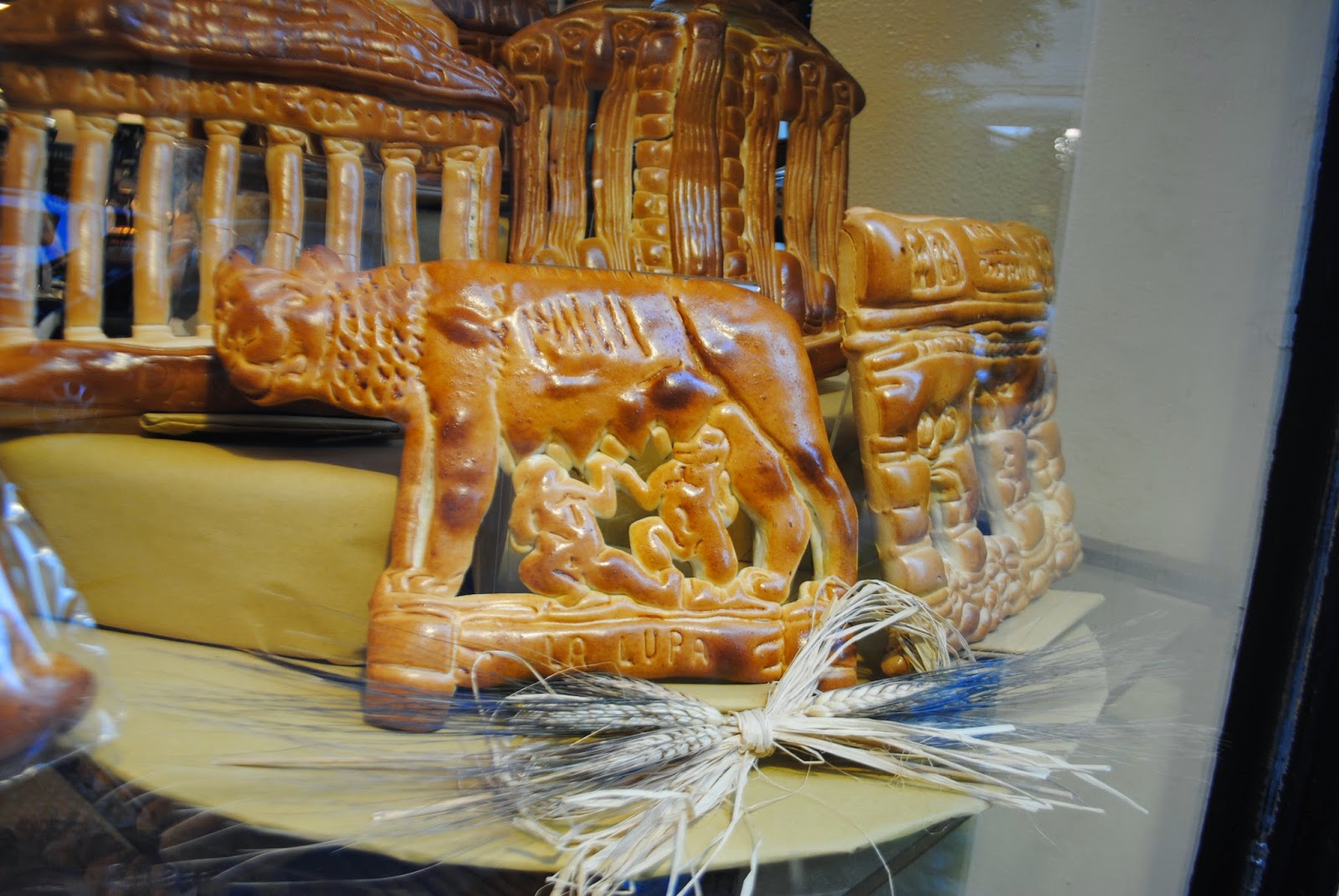 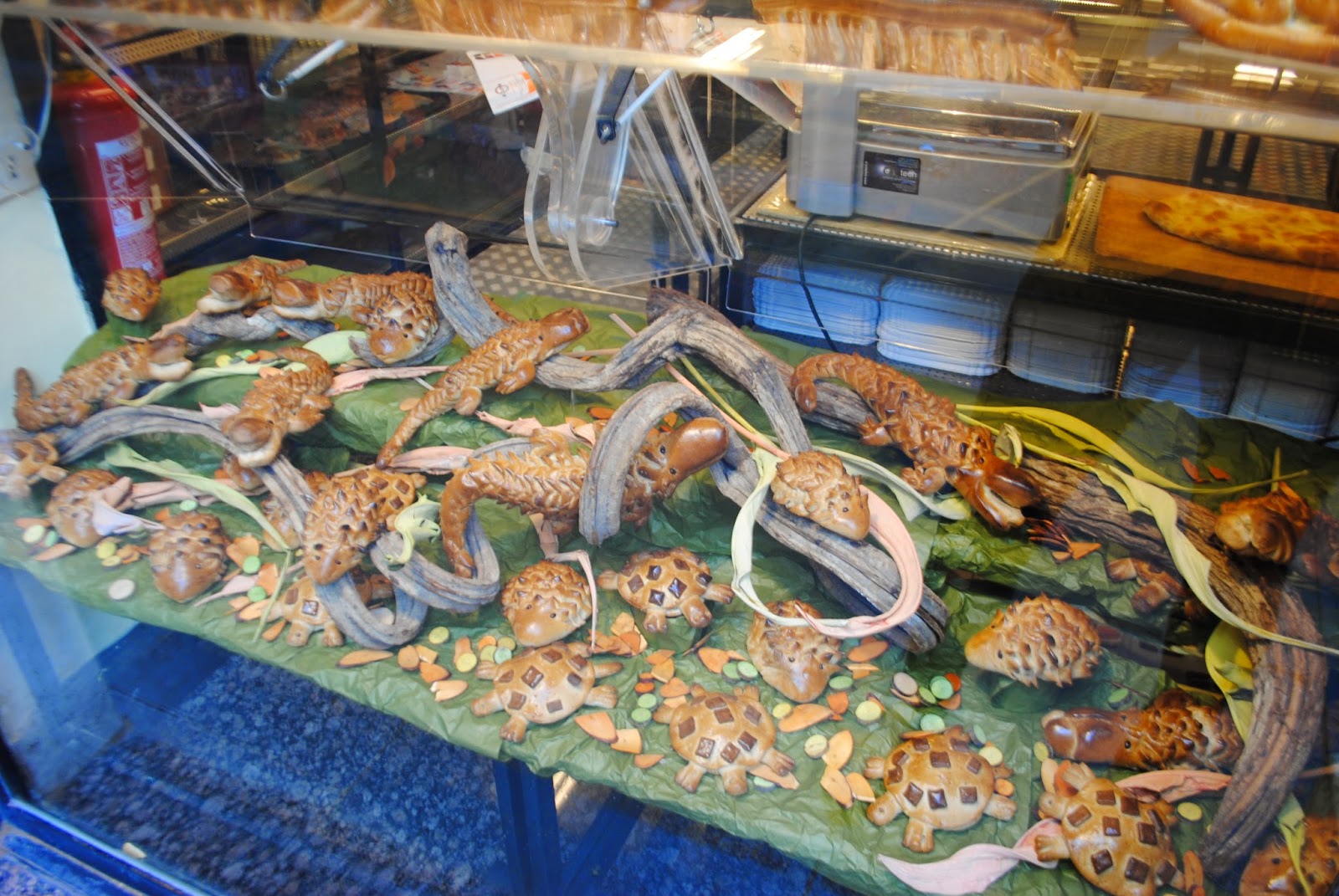 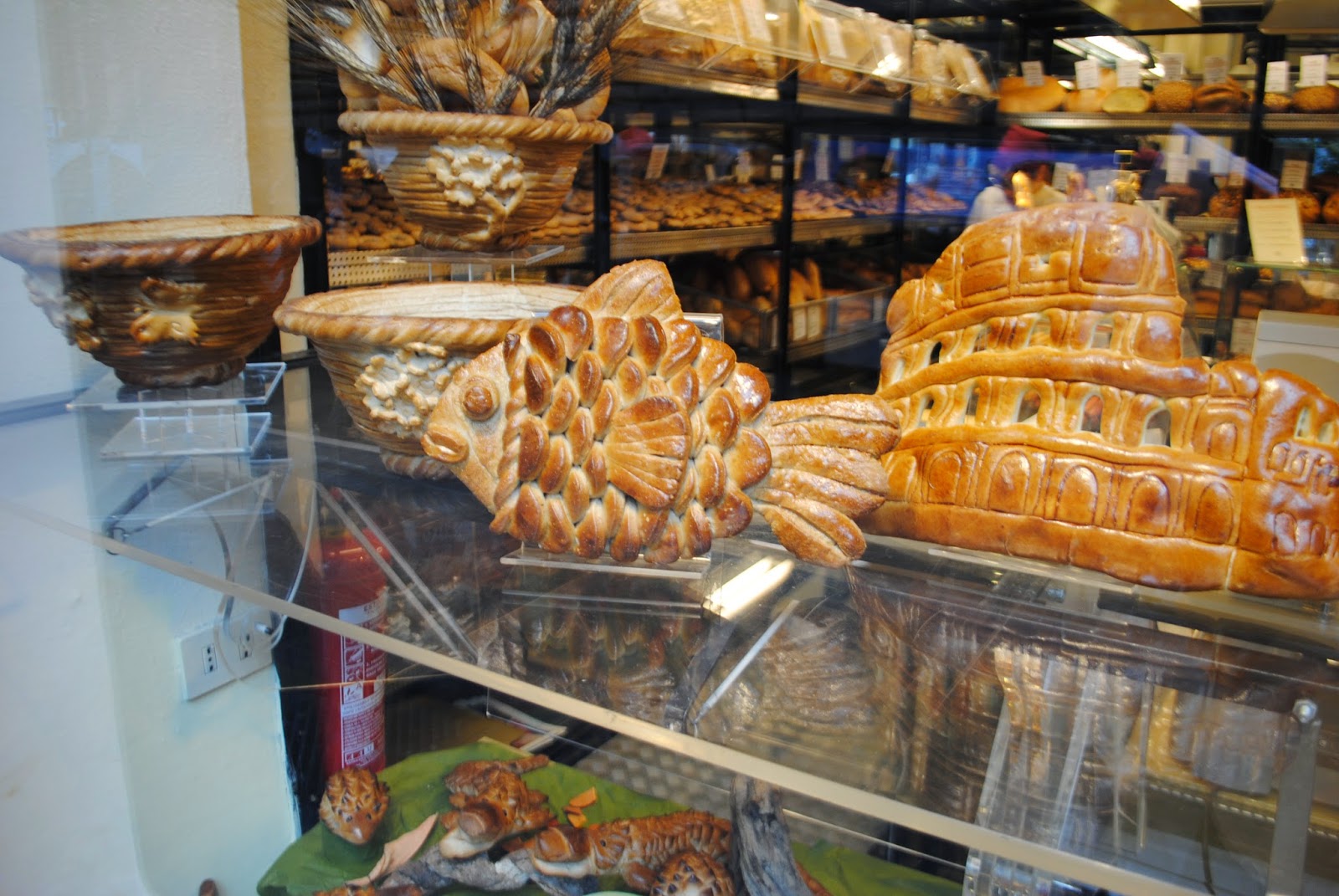 The performance in the park was inspired by ancient Roman traditions. I believe the ceremony was in honor of Aphrodite. There were women and men dressed in ancient Roman garb who performed an ancient ritual that honored grains. There were even a pair of guards (the one guard's face is priceless)! 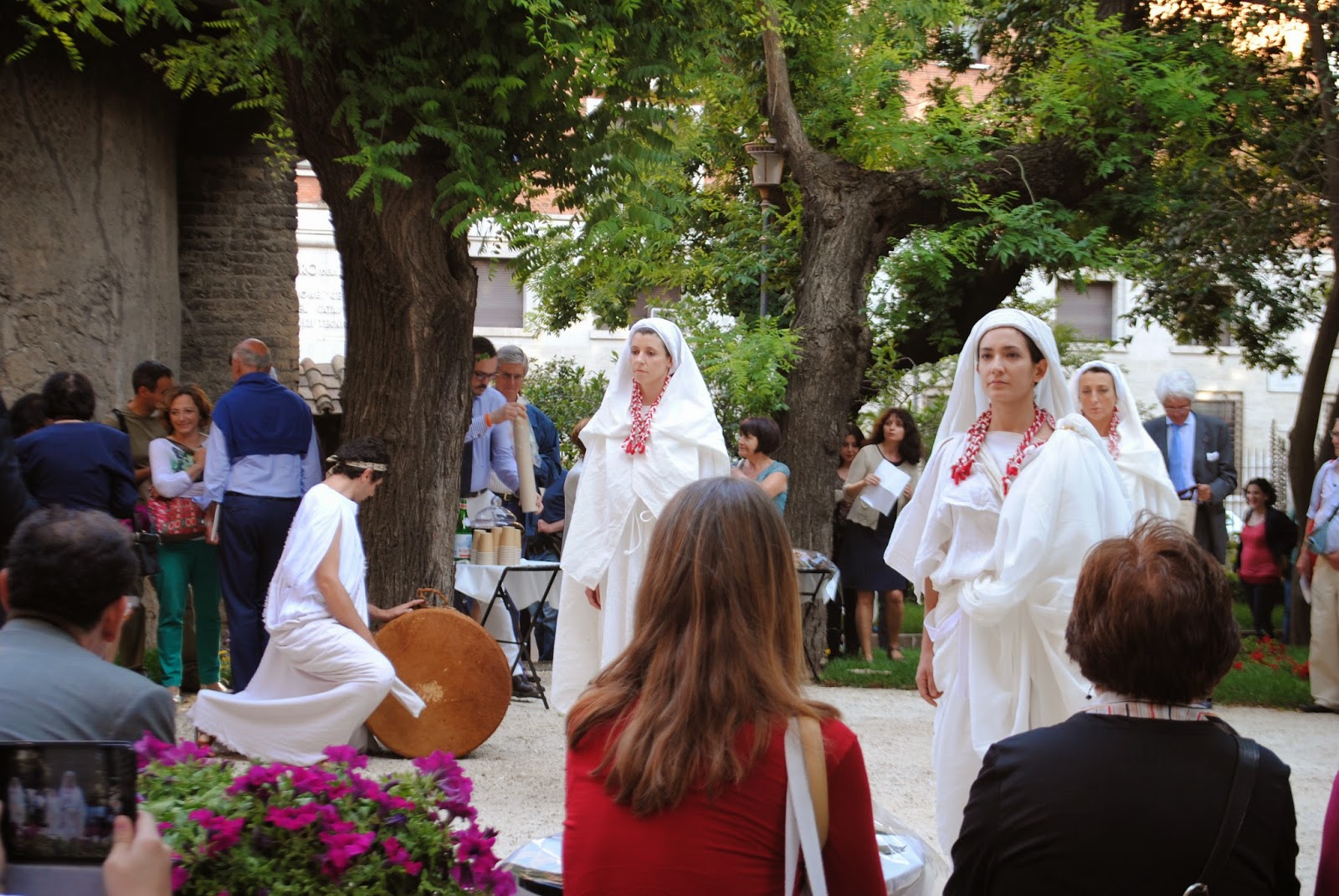 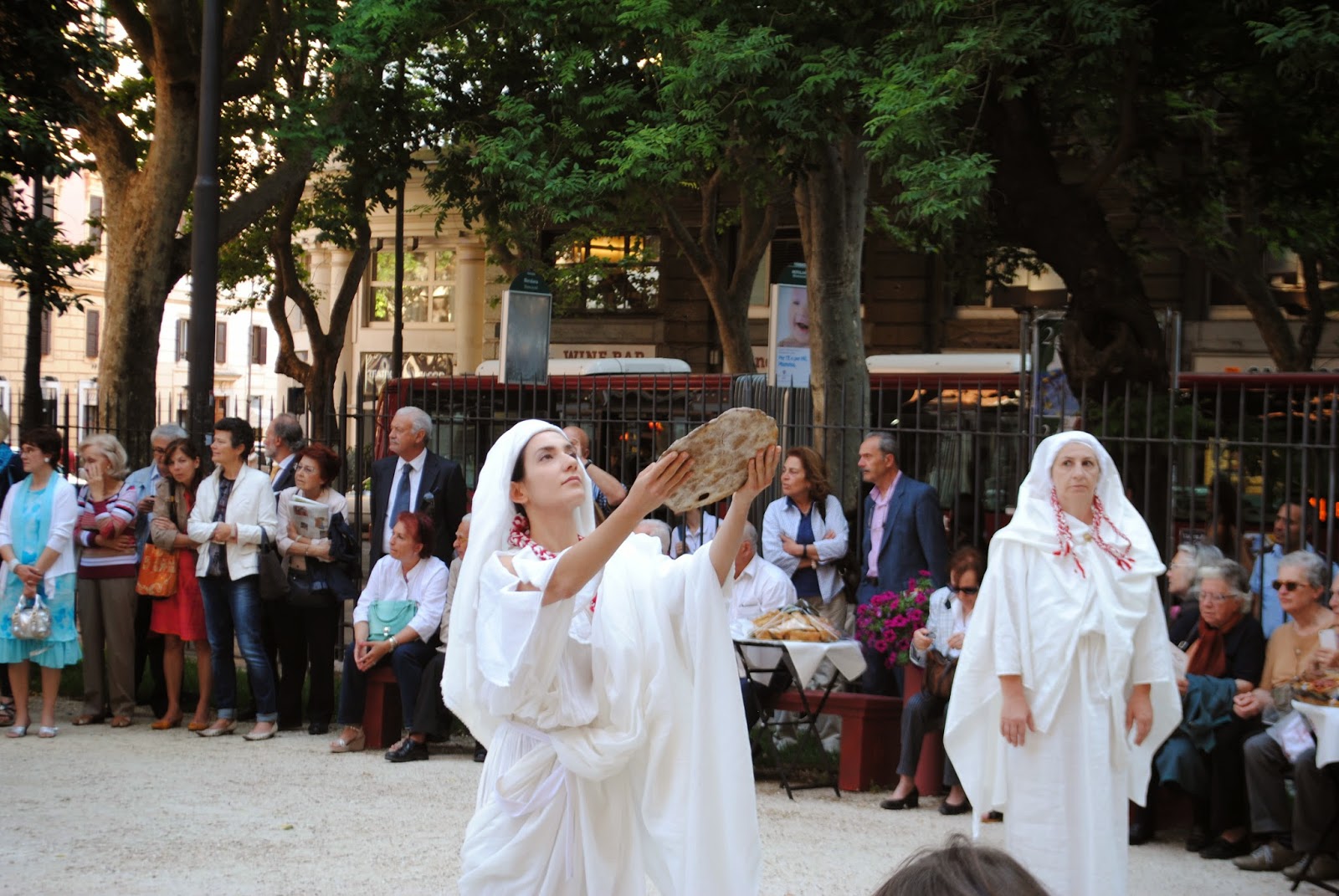 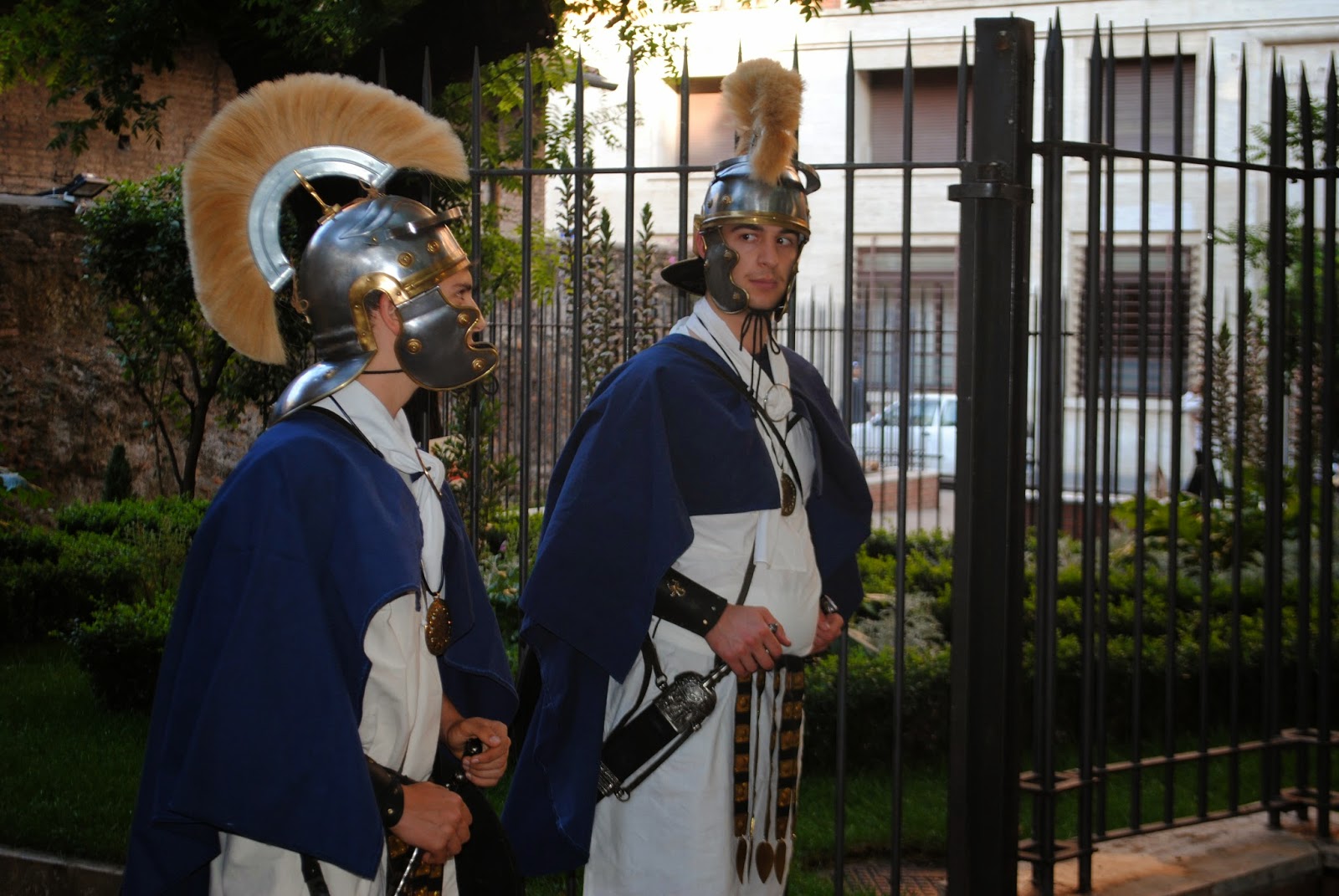 The next event that I attended was held at the Mercato di Compagna Amica near the Circo Massimo in the heart of Rome. The woman who hosted this event was talking about the use of grains in the cosmetics of Ancient Rome. She passed around fragrant bowls of various maquillages for people to try on. 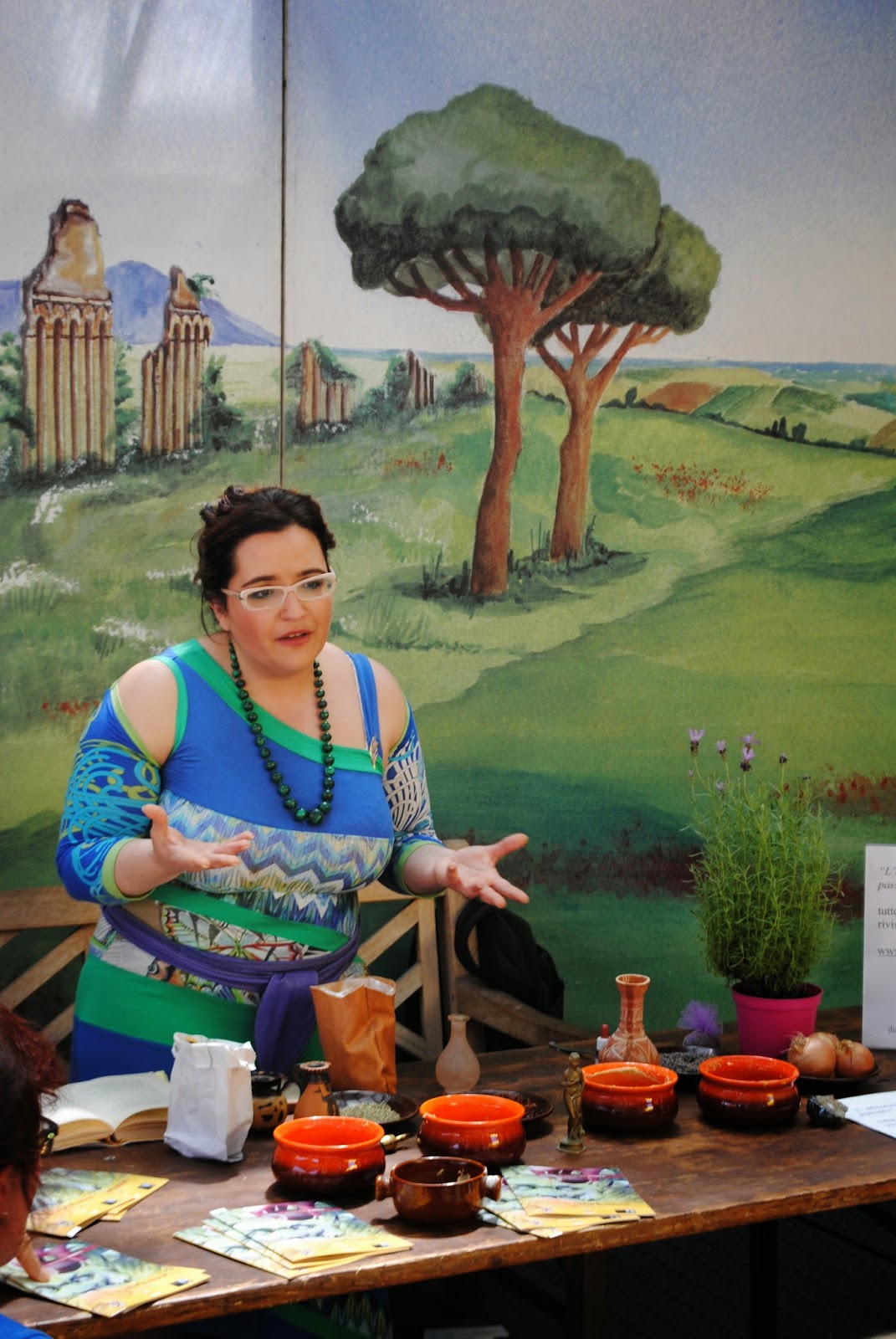 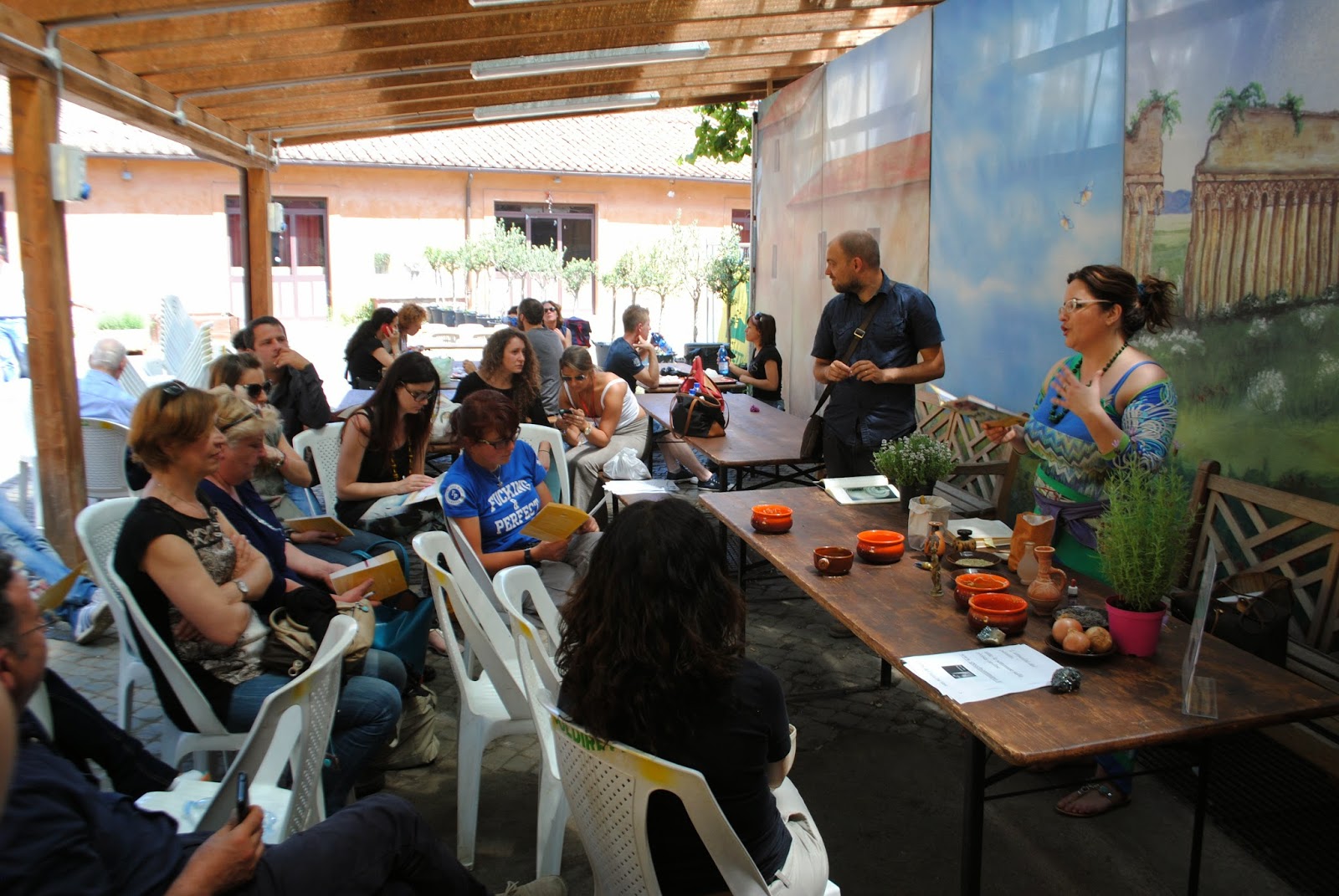 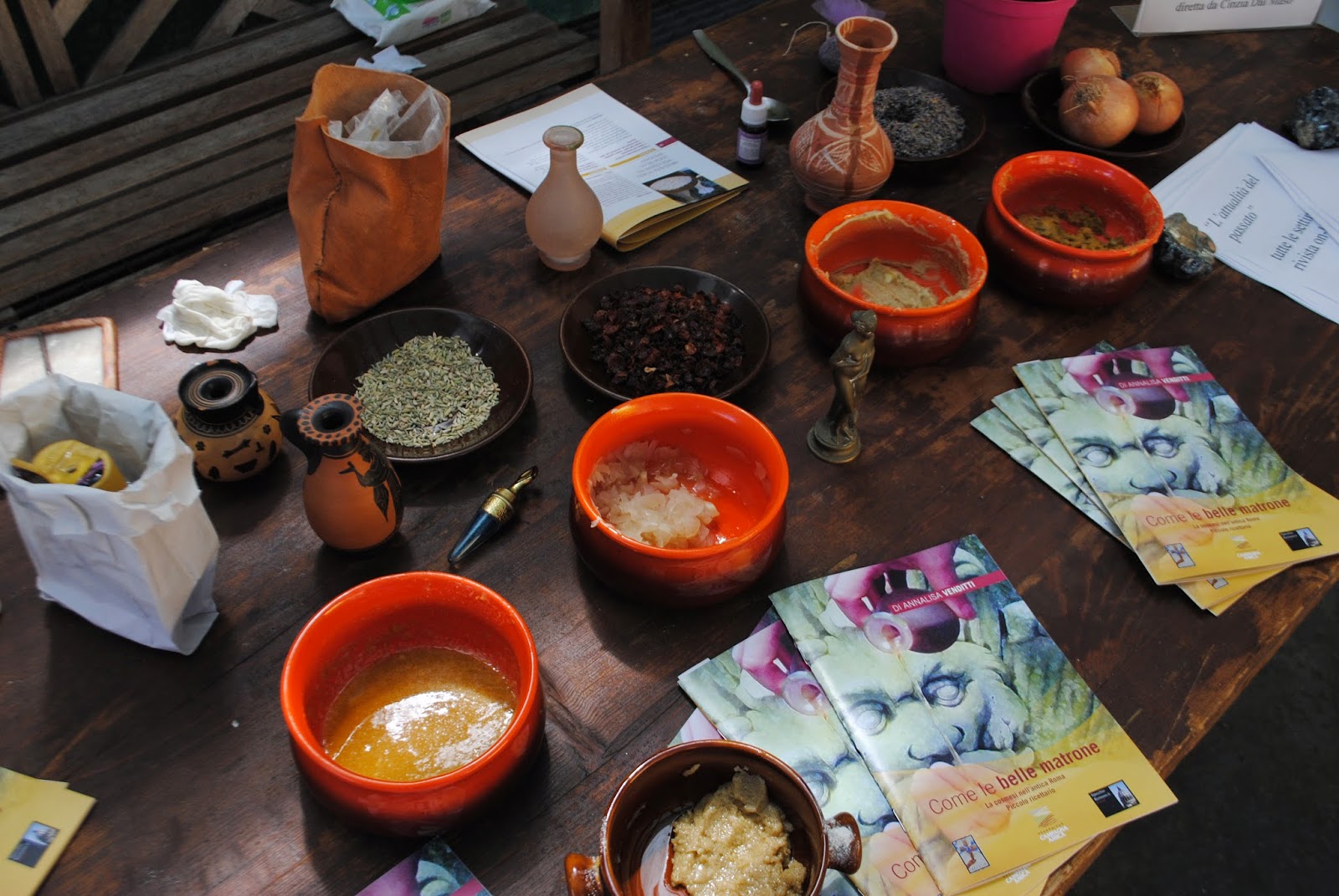 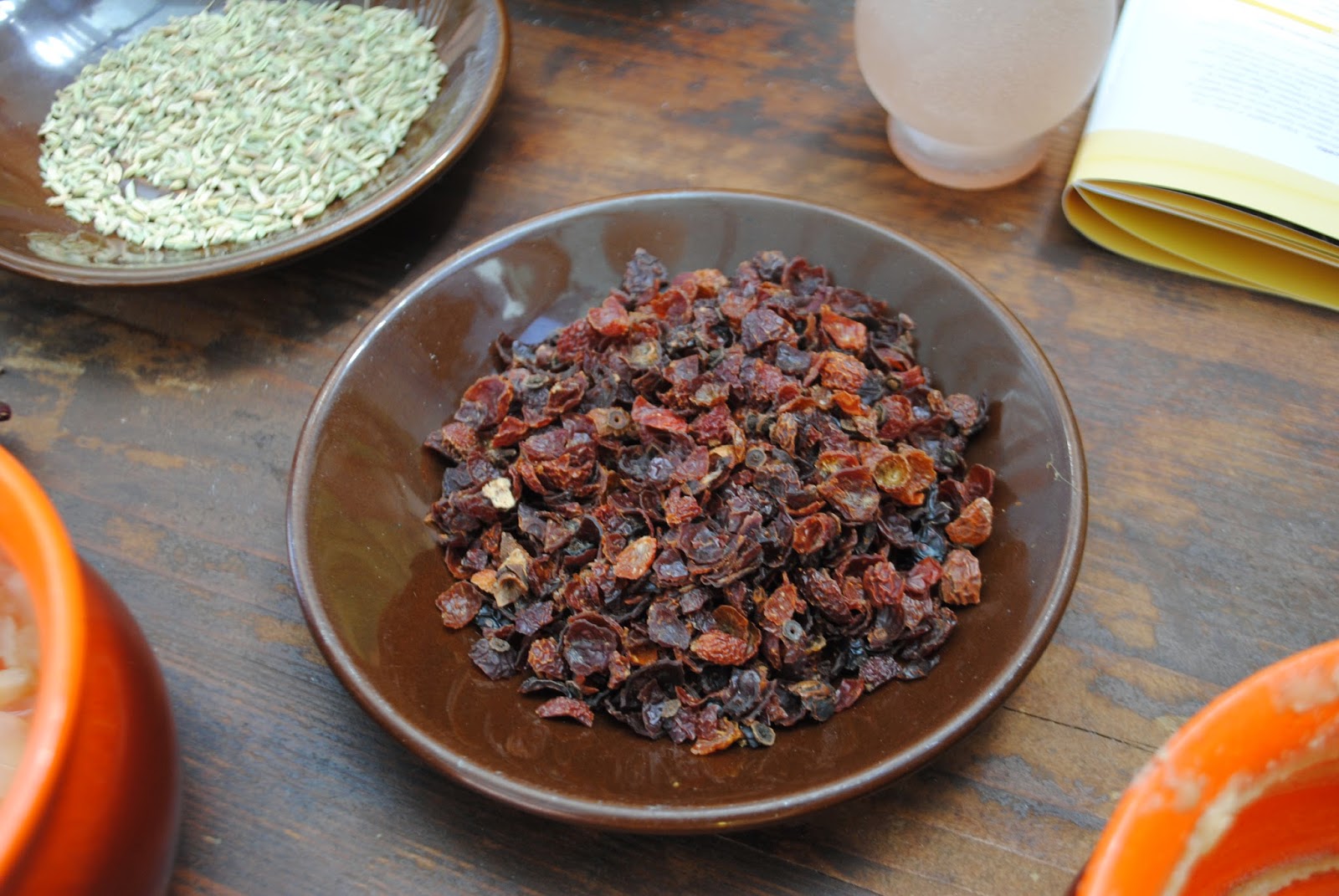 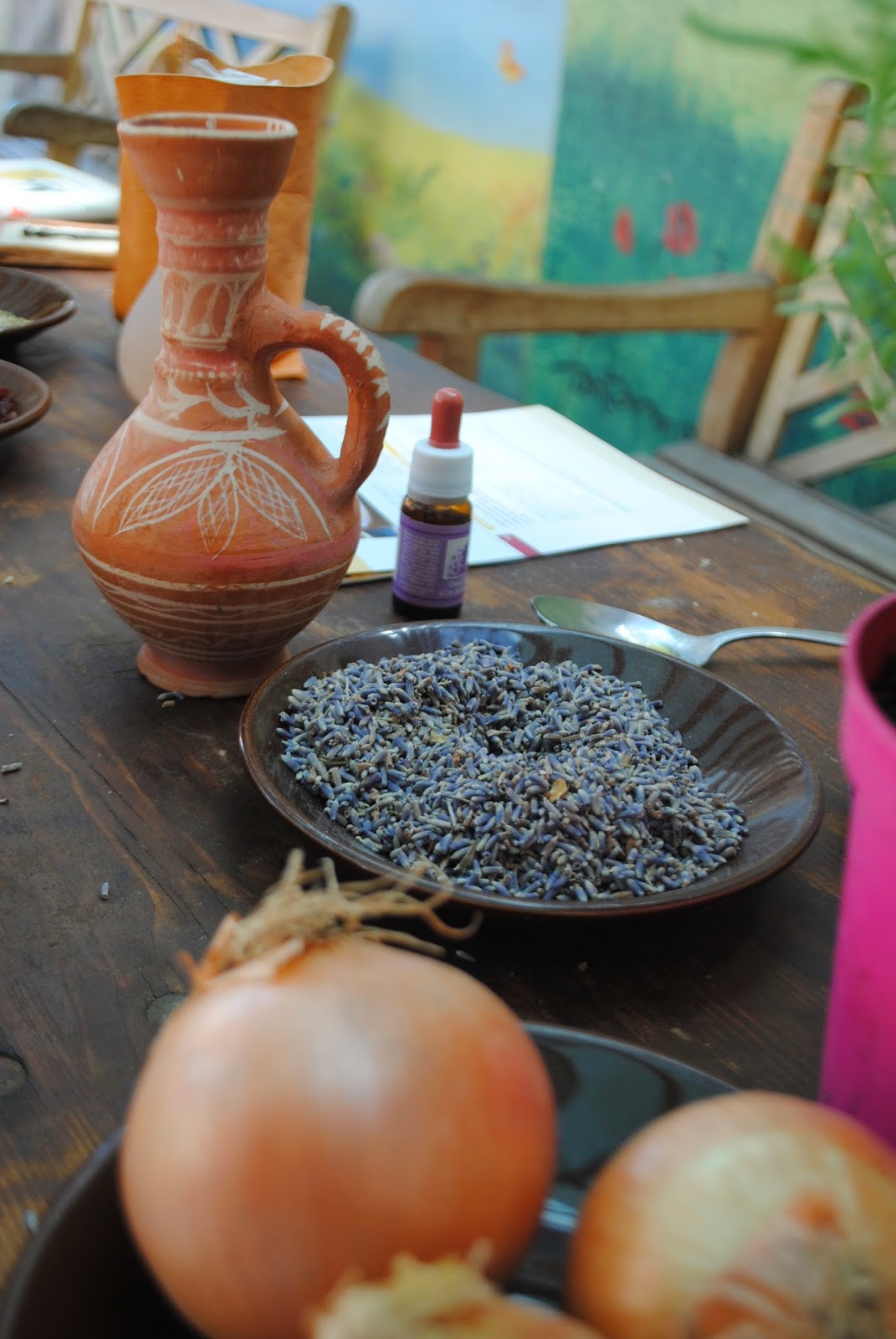 The last event that I attended was a day-long celebration in Tivoli. This was, by far, my favorite event of the Cerealia Festival. I honestly didn't know who I was supposed to meet or what I was supposed to do once I arrived there. I was actually by myself. I volunteered to take the 2-hour bus ride out there to cover the event. I had visited Tivoli with my mom, aunt, and cousin in 2009, and was eager to head back to this charming mountain village. Little did I know that that bus ride would be one of the most uncomfortable rides of my life (no air conditioning and completely over-booked!) No wonder it was only 3 Euros. 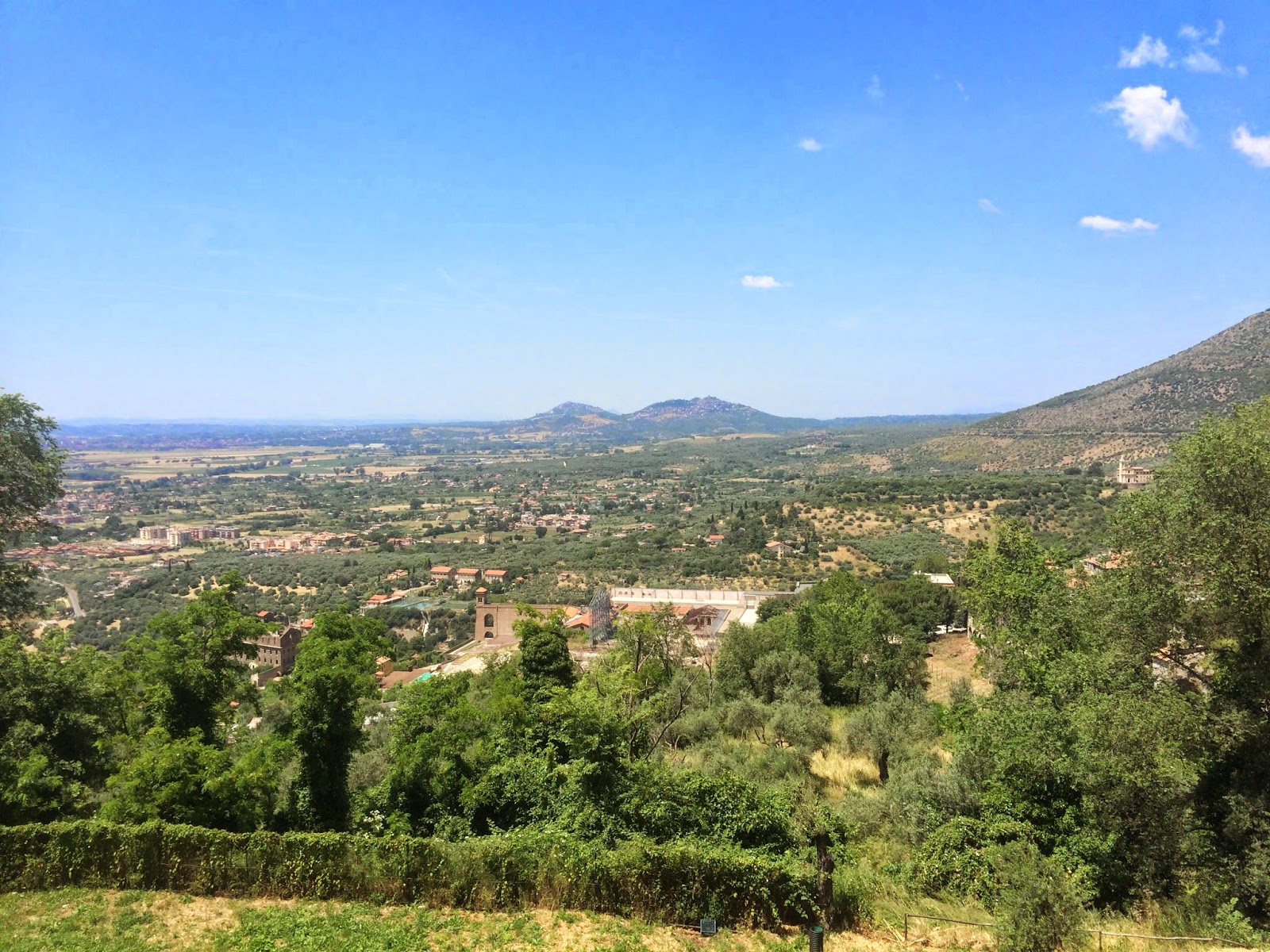 When I arrived in Tivoli, I realized that I had missed the bus stop from Hadrian's Villa where the Cerealia event was going to be held. After a series of phones calls, one of the event organizers arrived in the central square. He told me in broken English that the old man driving the car had volunteered to drive him up to Tivoli to pick me up. I hopped into the car, said hello, and settled in for the 20-minute drive down the mountain. Along the way, I met the old man's grand kids who were bouncing around the car like caged monkeys. We stopped by an ancient fountain on the side of the road. The man strongly encouraged me to get out of the car and try some of the water because it was so pure. So, I did! 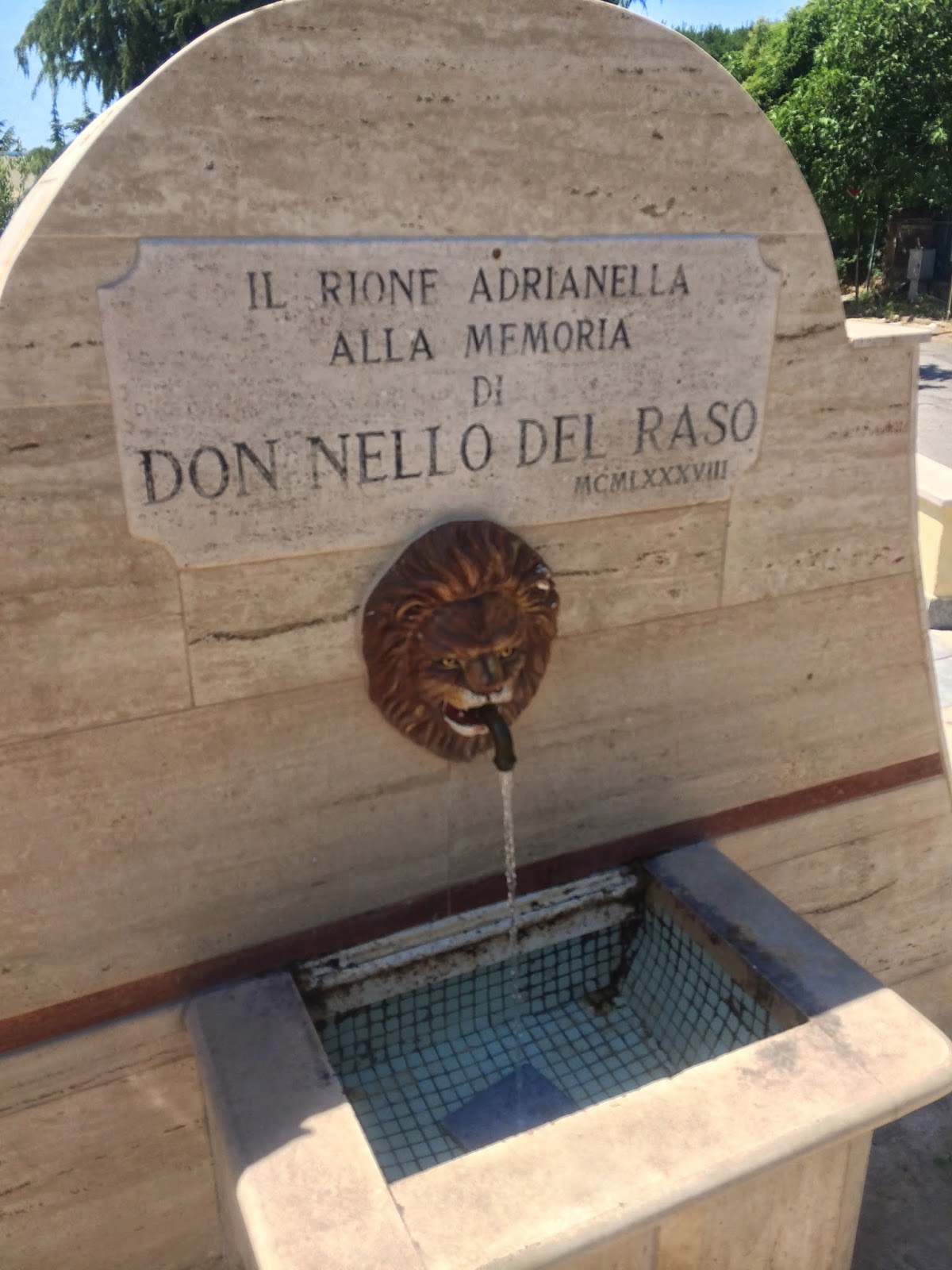 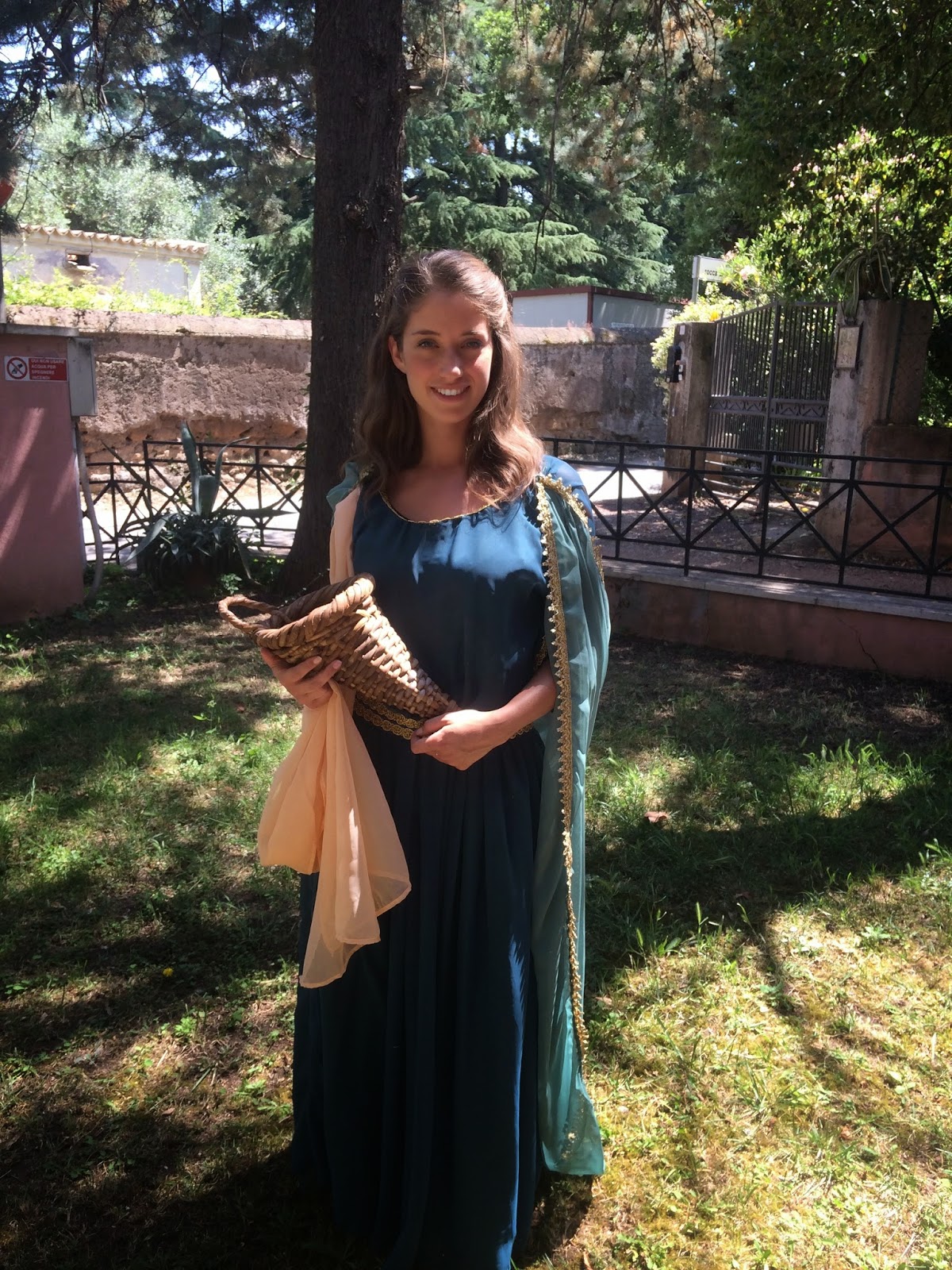 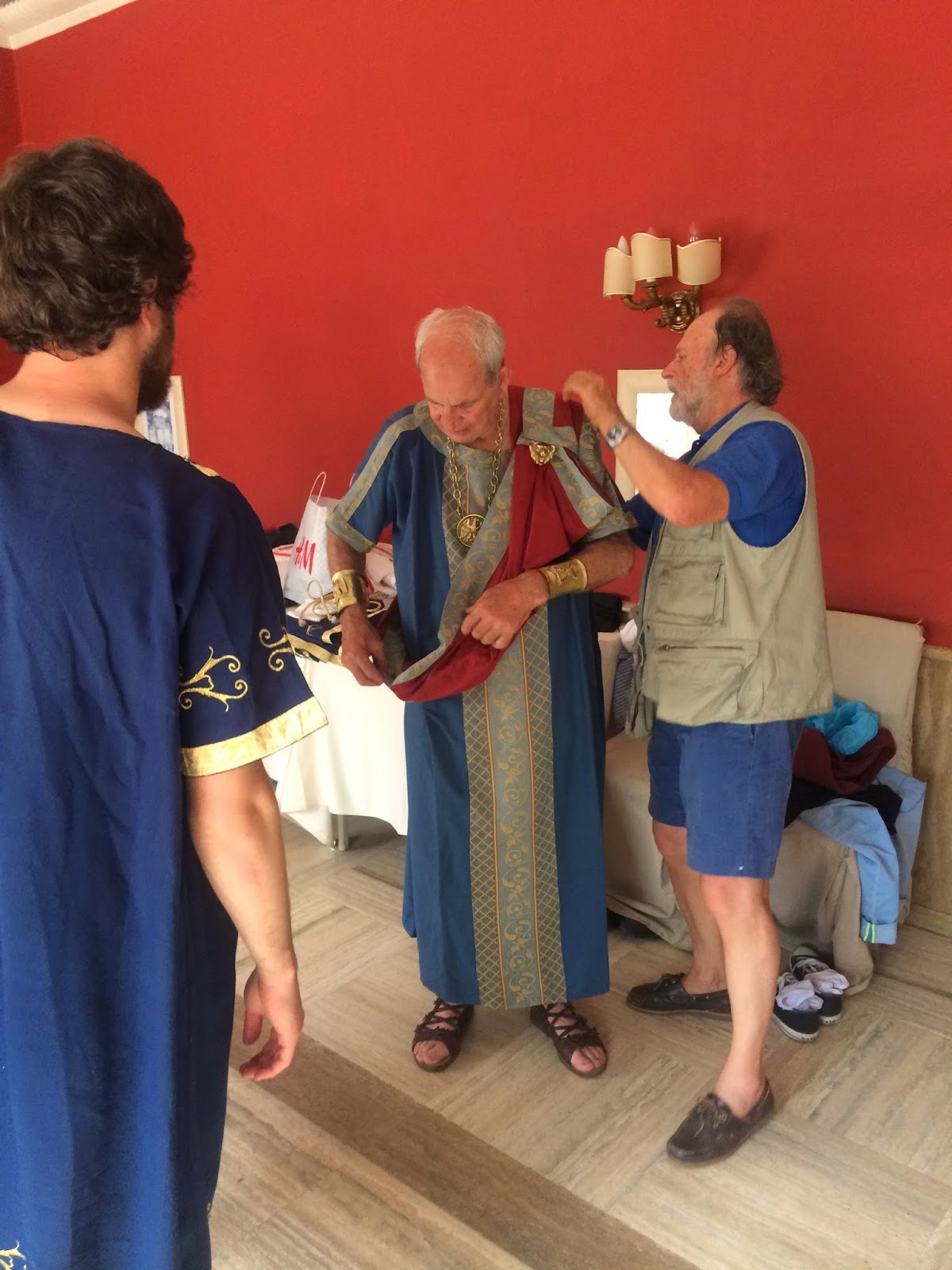 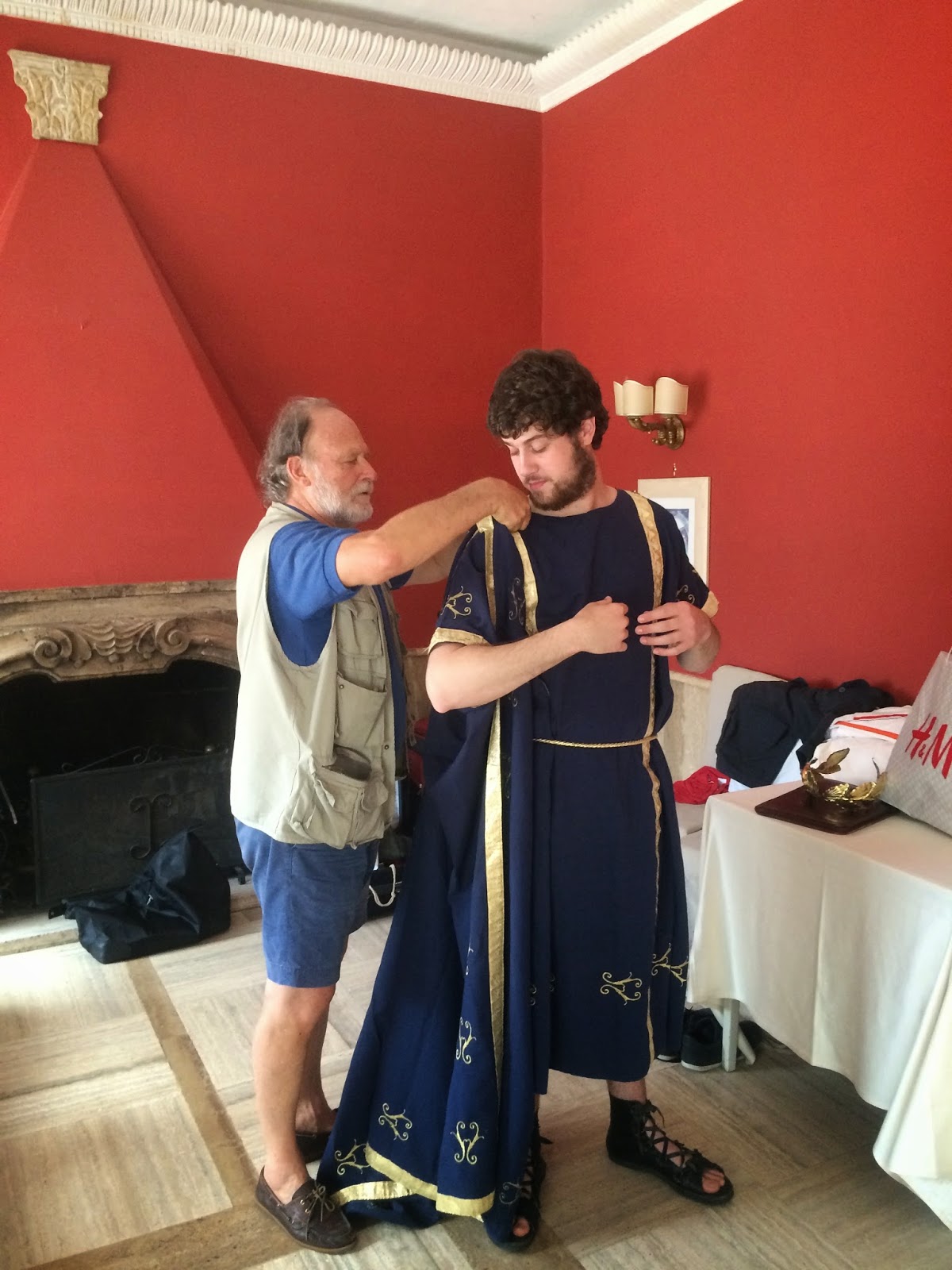 After hanging out with the cultural group for a few hours, I was ushered into the ruins of Hadrian's Villa to a luncheon for children. They held this picnic in the forest around the villa. The head of Slow Food Tivoli spoke about the history of ancient Roman food culture and introduced the children to the Roman diet. It was a lovely event and one that the children clearly enjoyed! They dressed up the children in ancient roman garb and held a cheese making workshop. 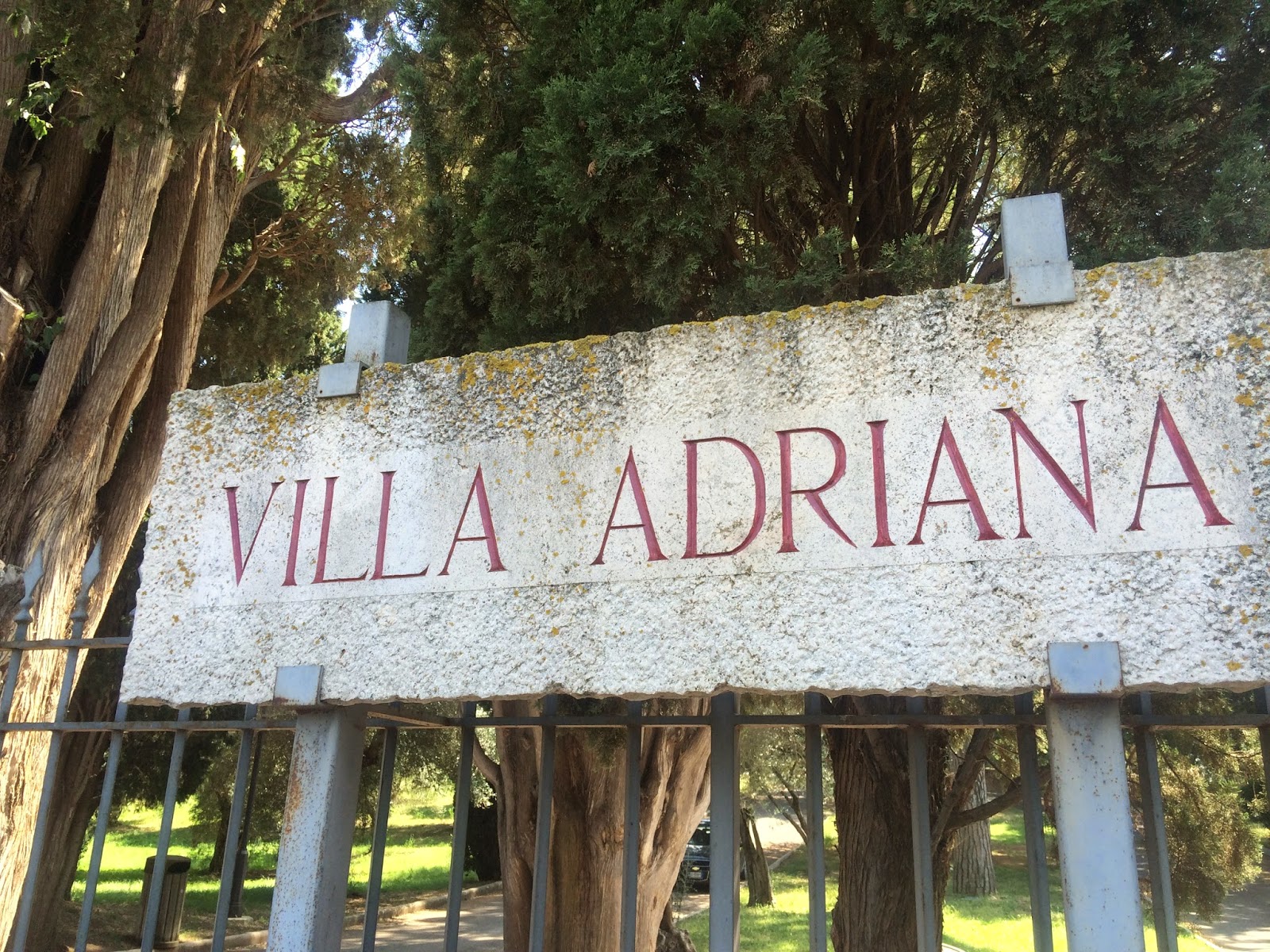 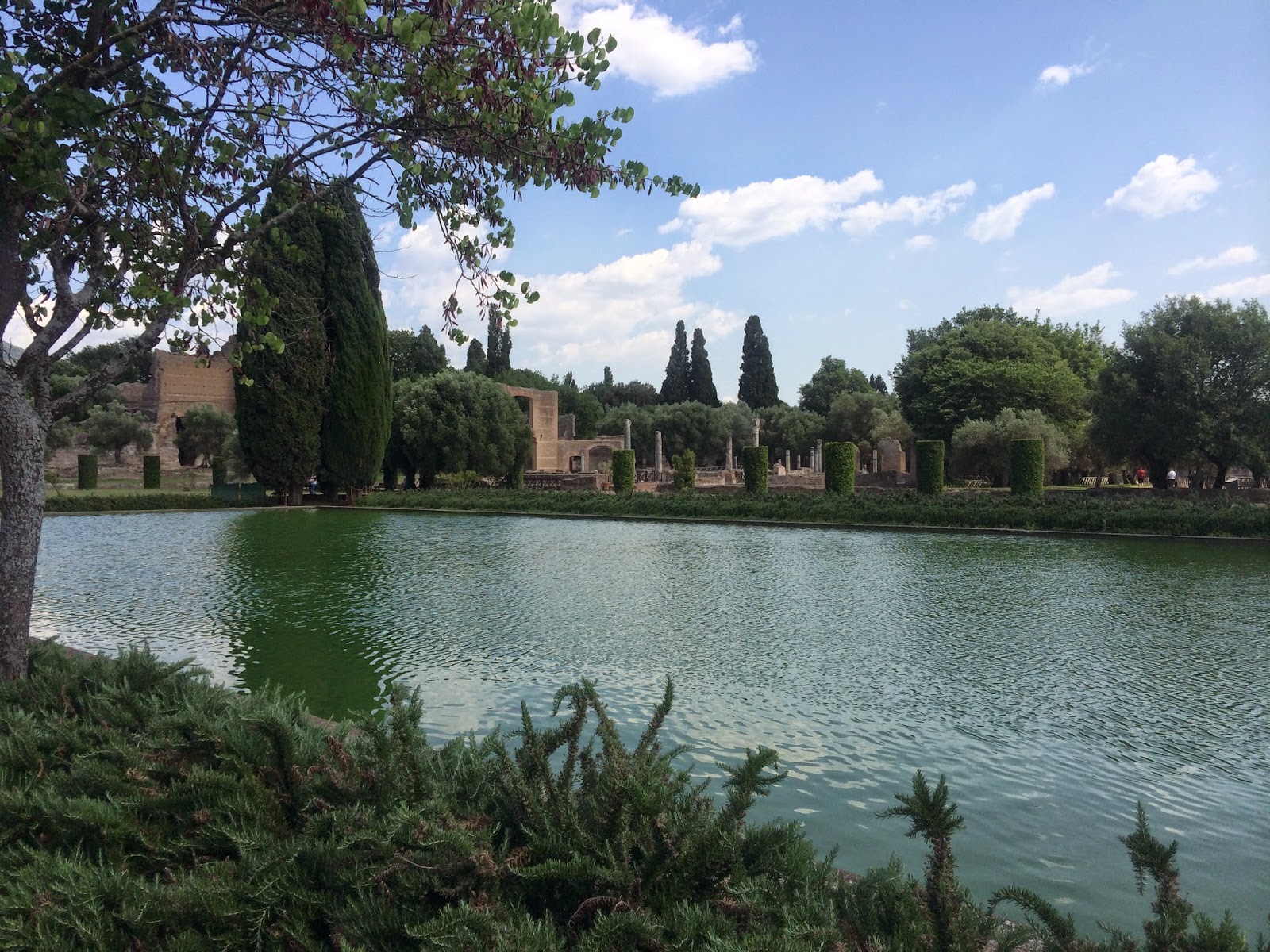 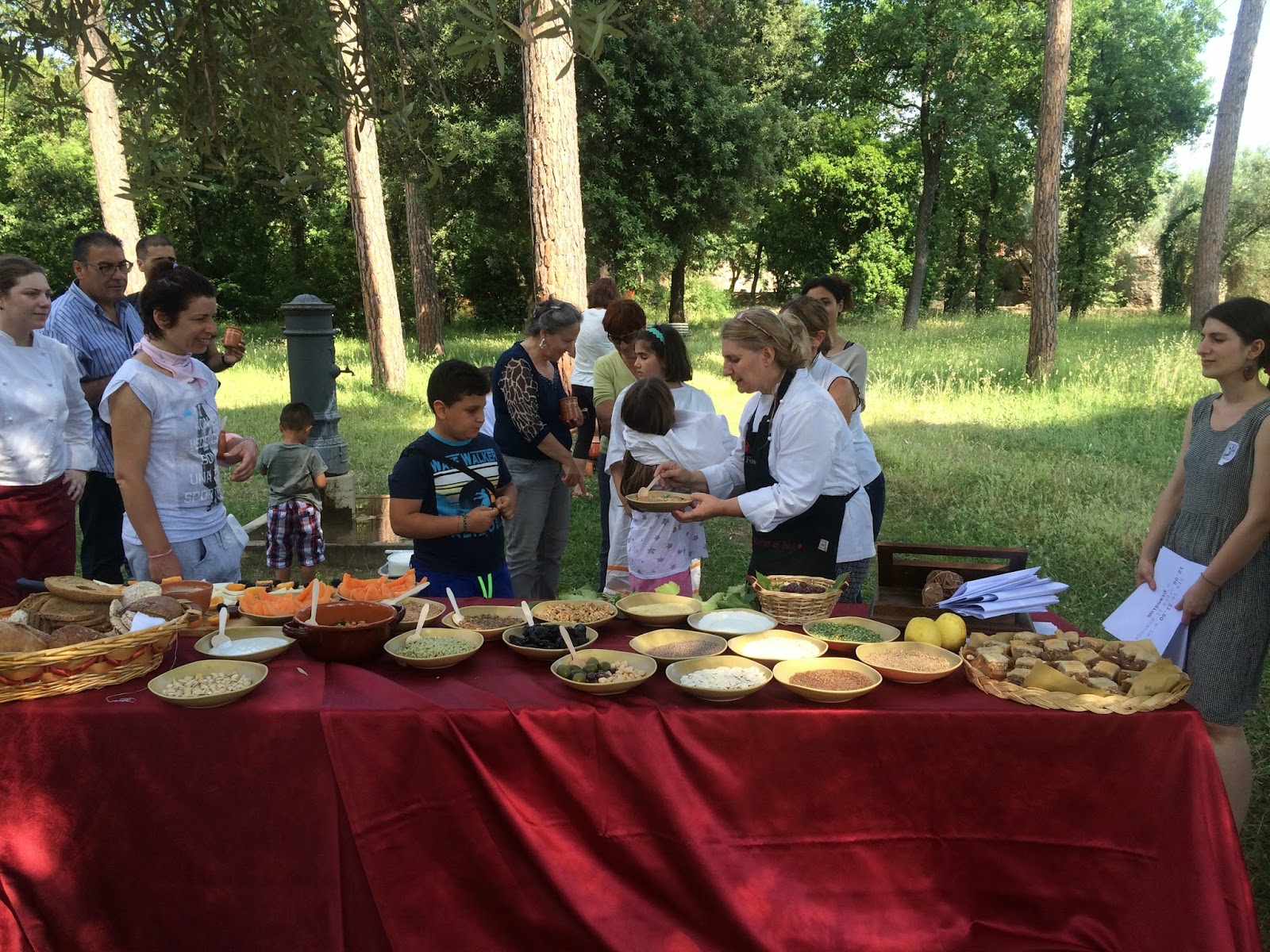 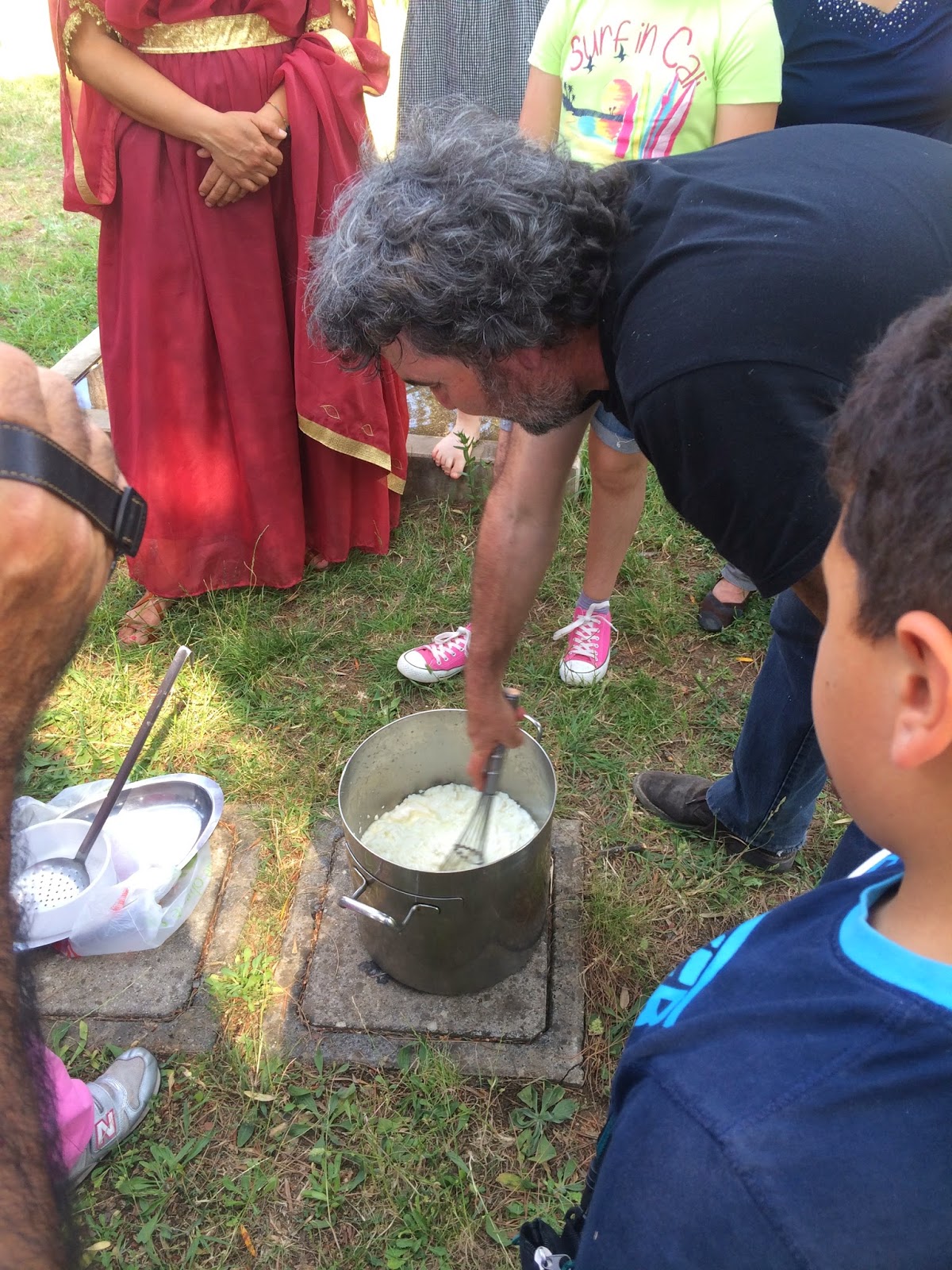 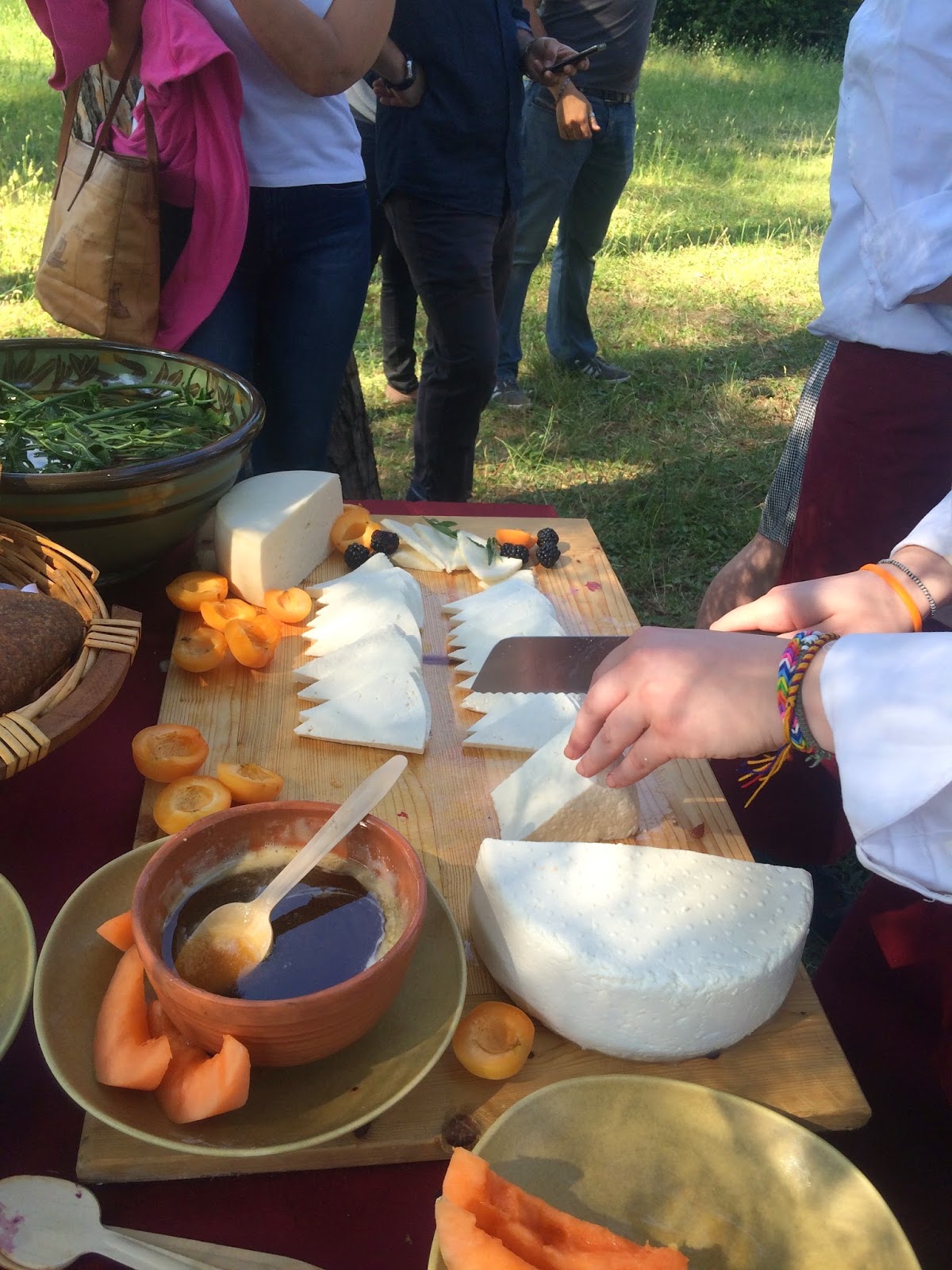 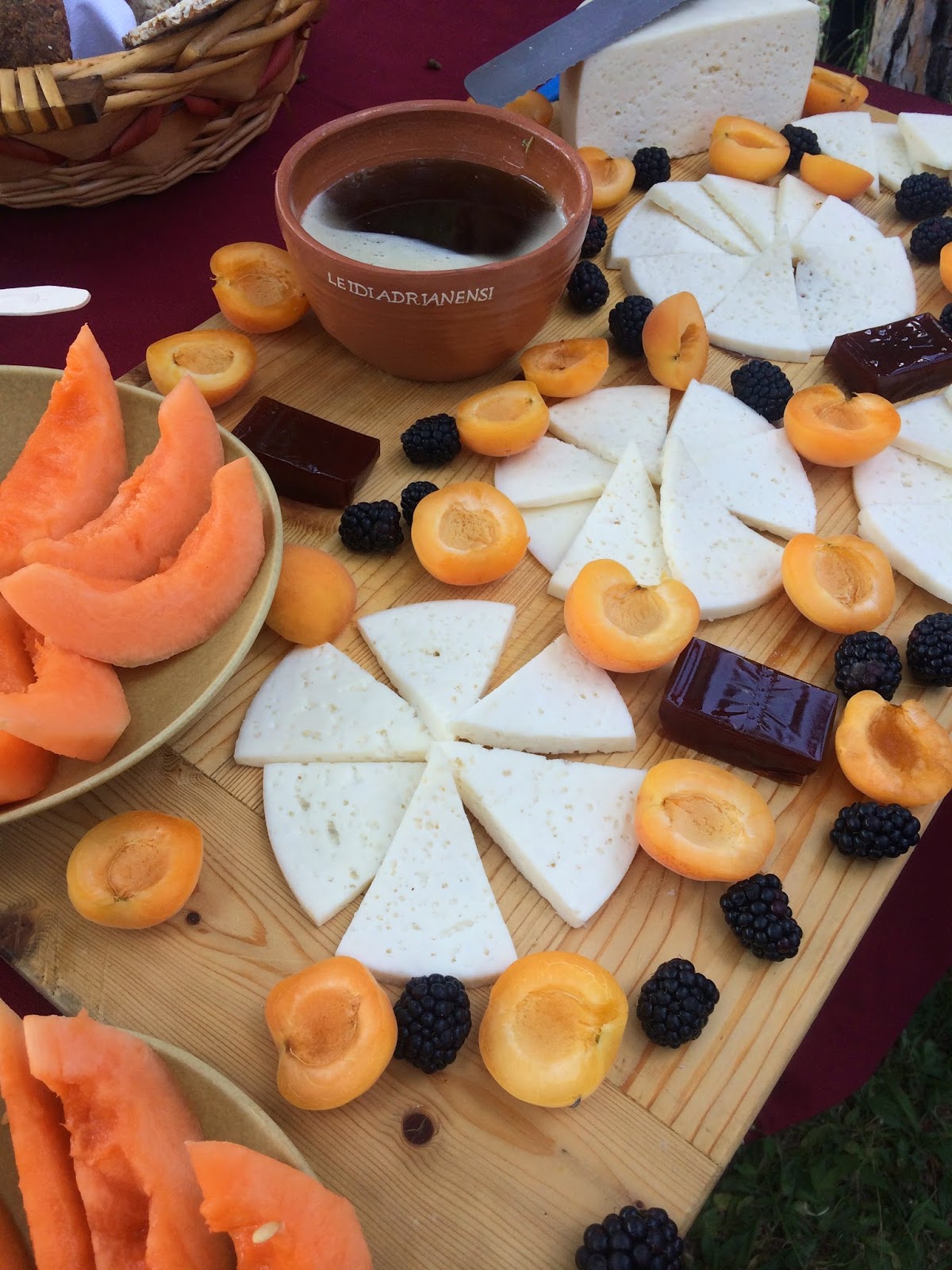 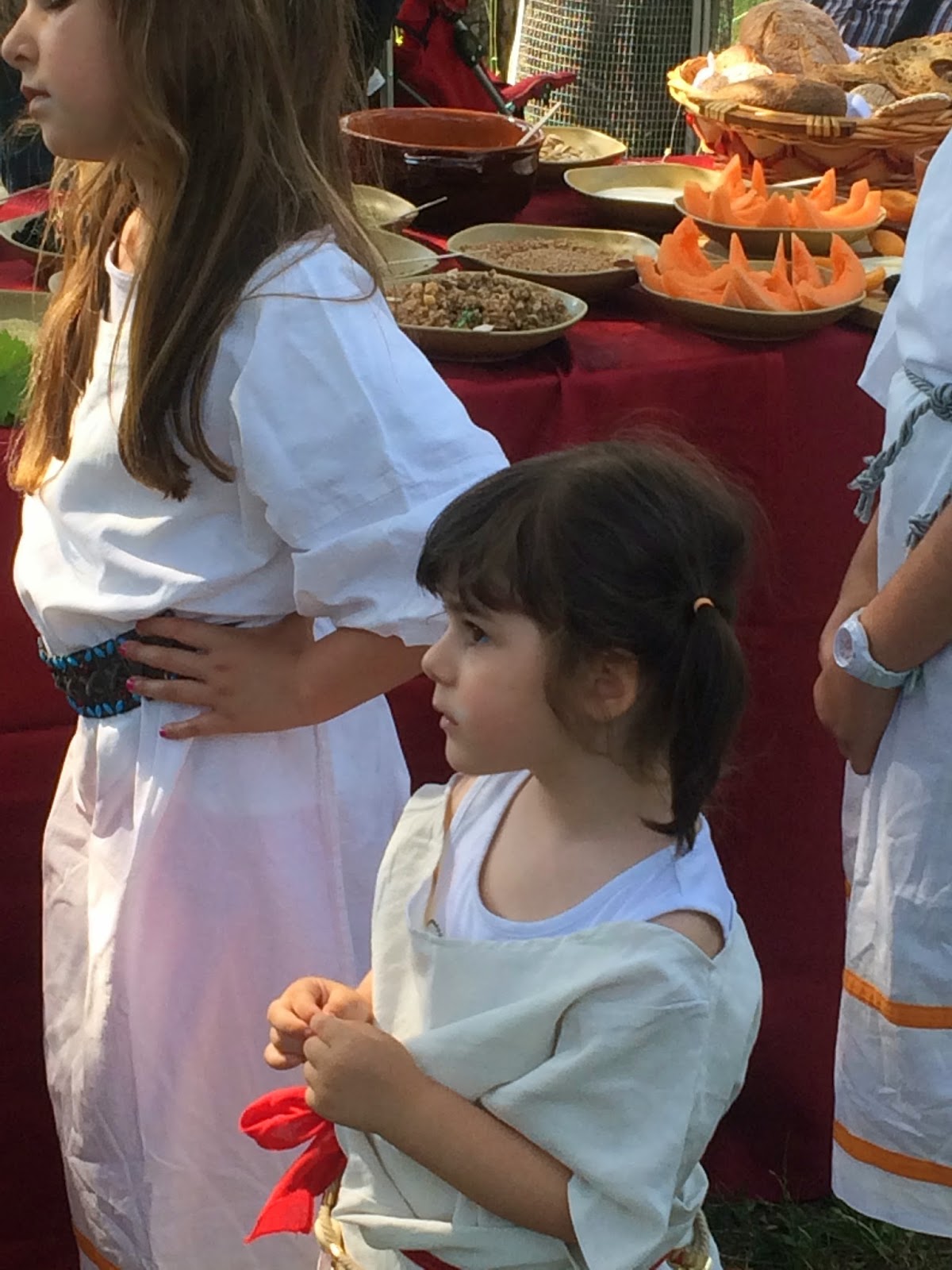 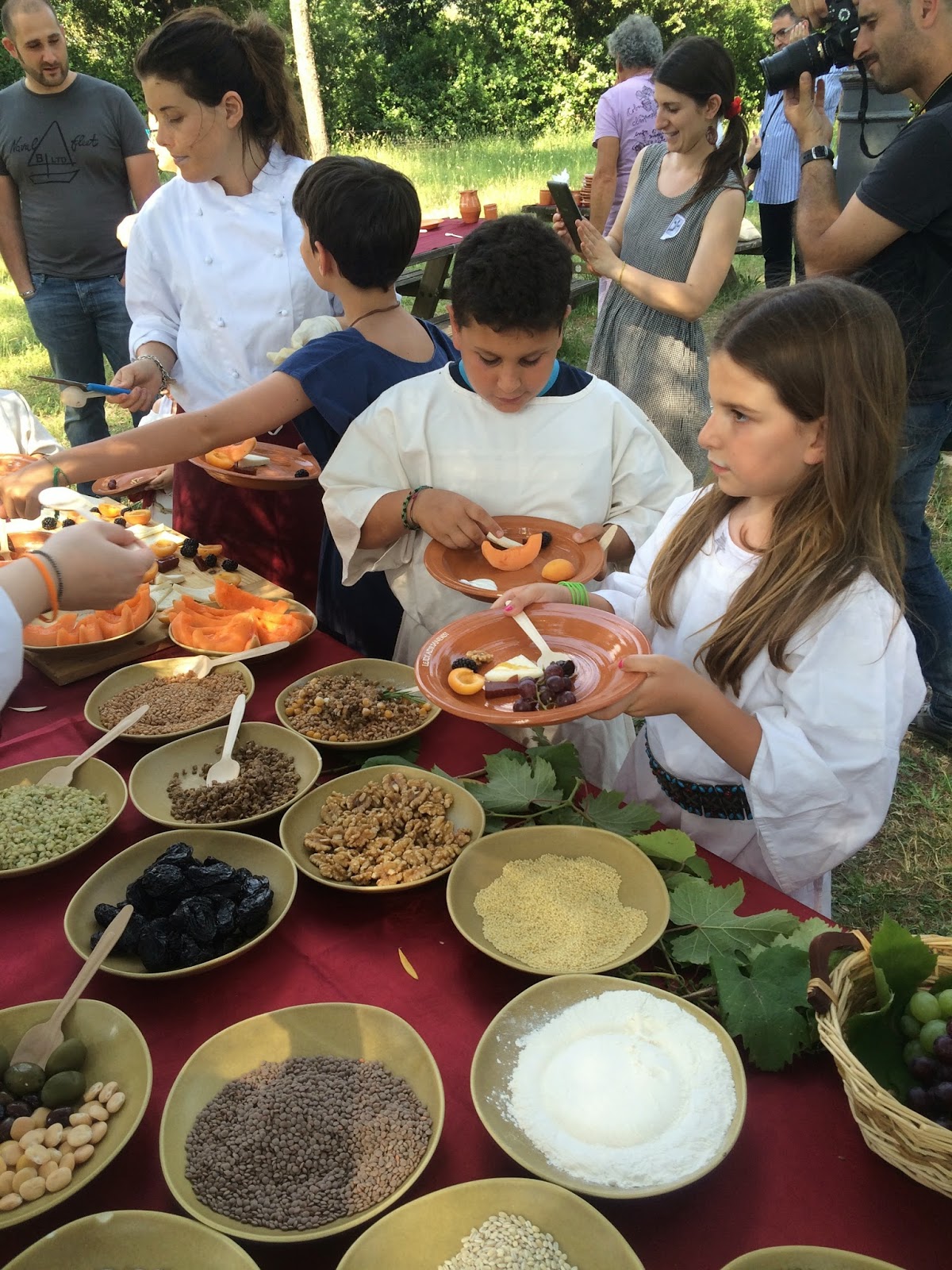 As the kids began enjoying their lunch, the cultural group arrived in the grandest of fashions. They processed through the forest in all of their regalia. It was actually quite a site to behold. And I had one of those self-reflective moments where I thought to myself, "Is this really happening? Is this my life? Am I am on the set of The Gladiator?" 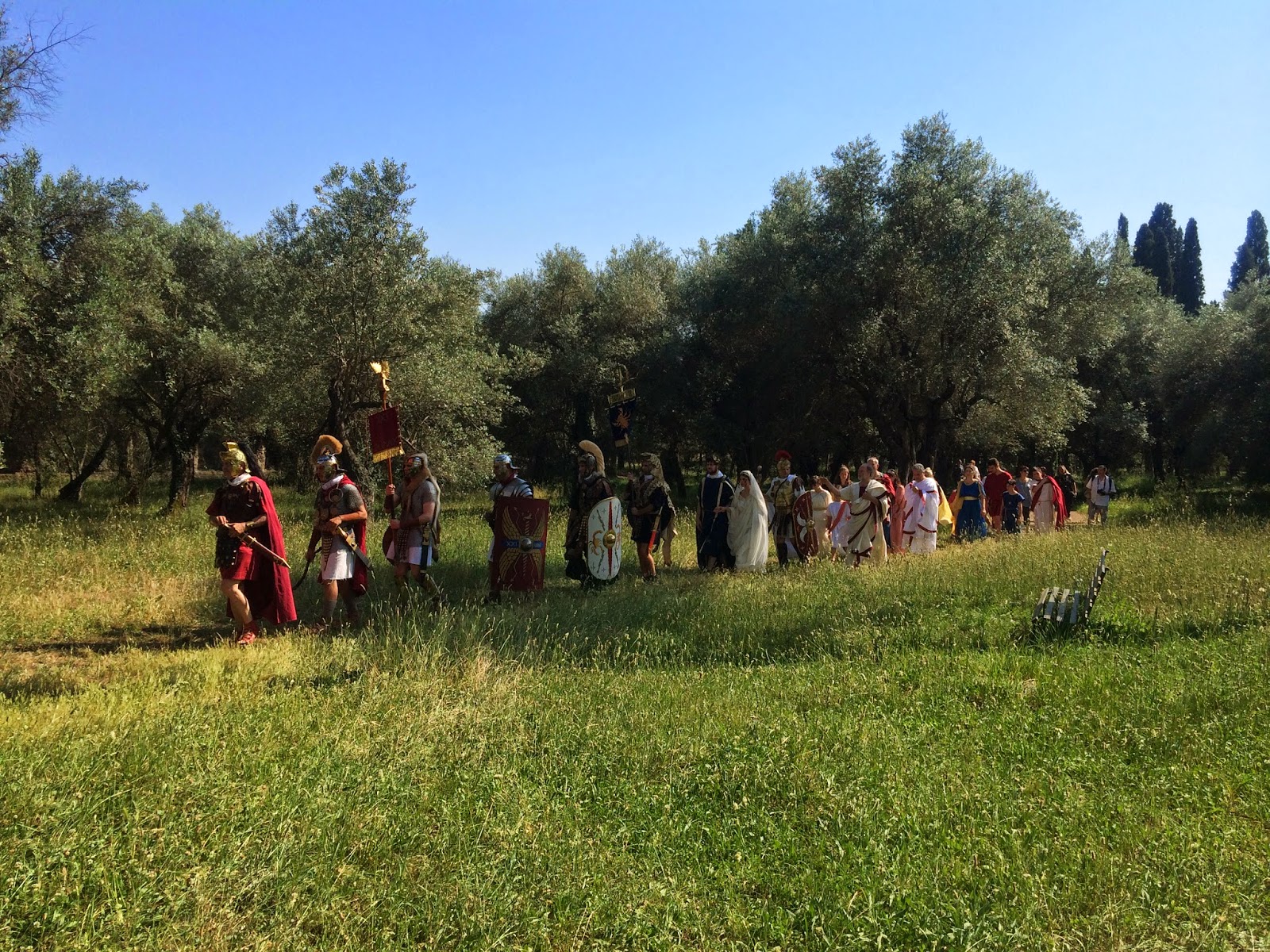 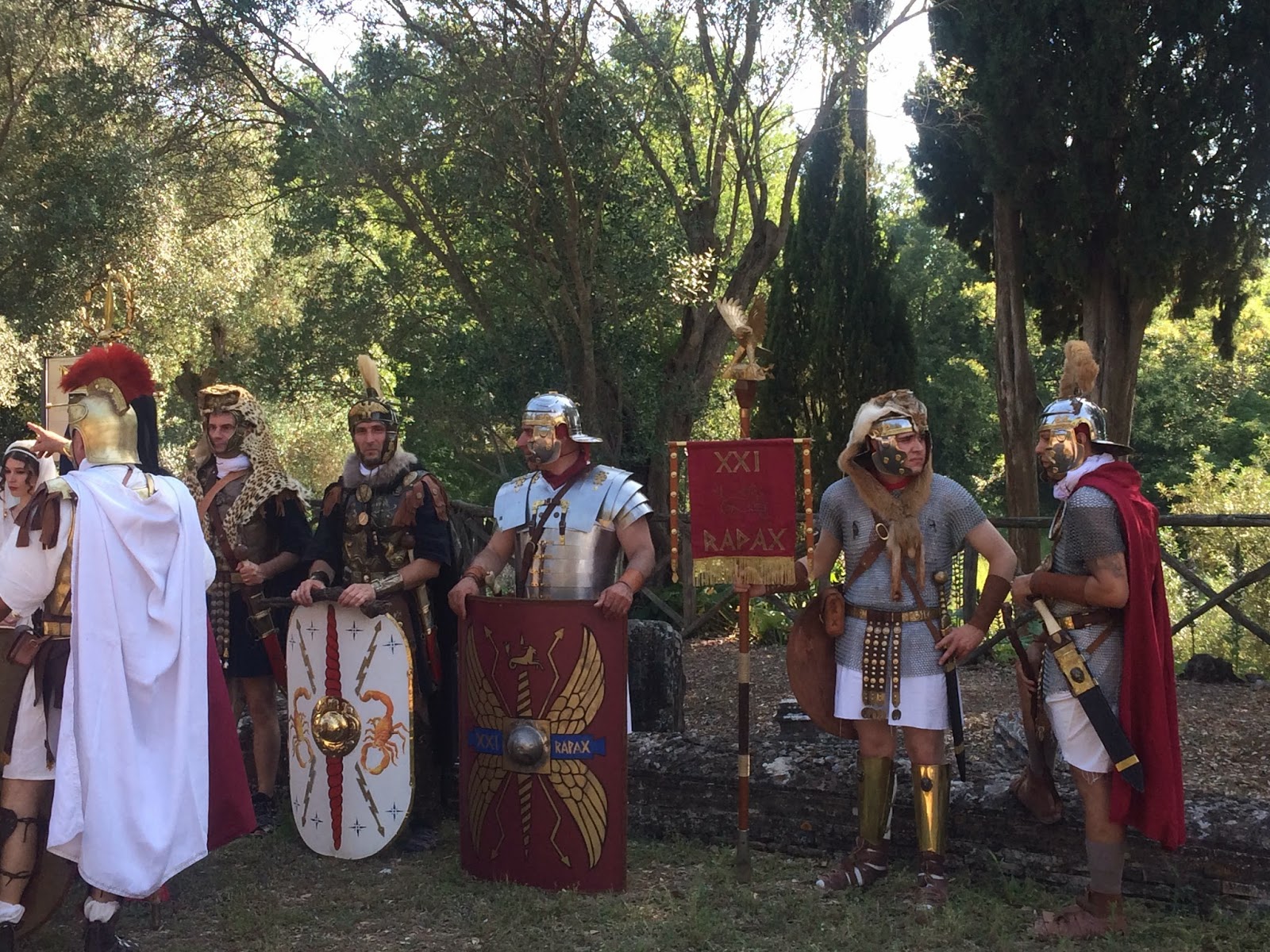 After the luncheon, I had a bit of free time to explore the ruins in Hadrian's Villa (an historian's dream come true!) 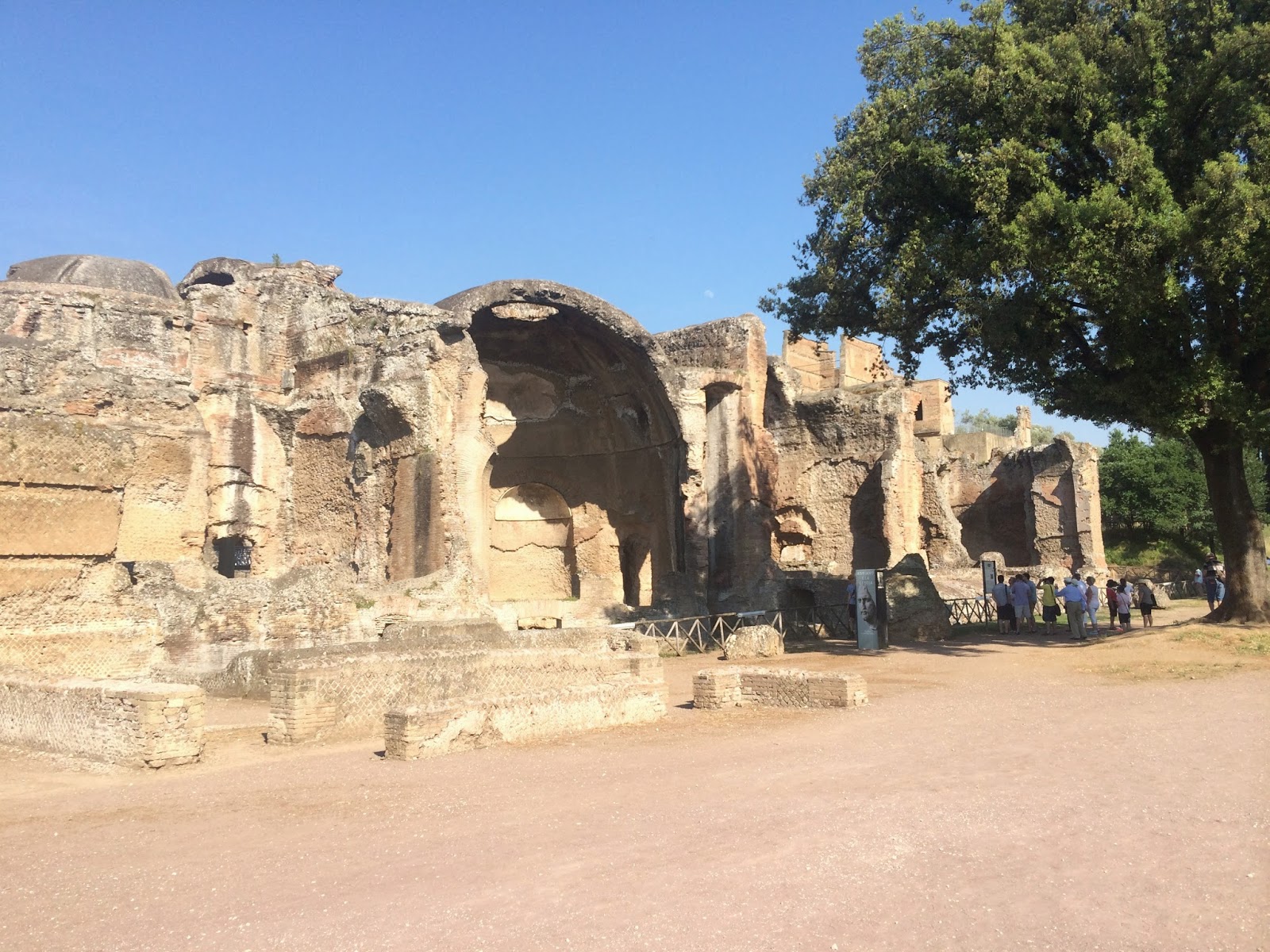 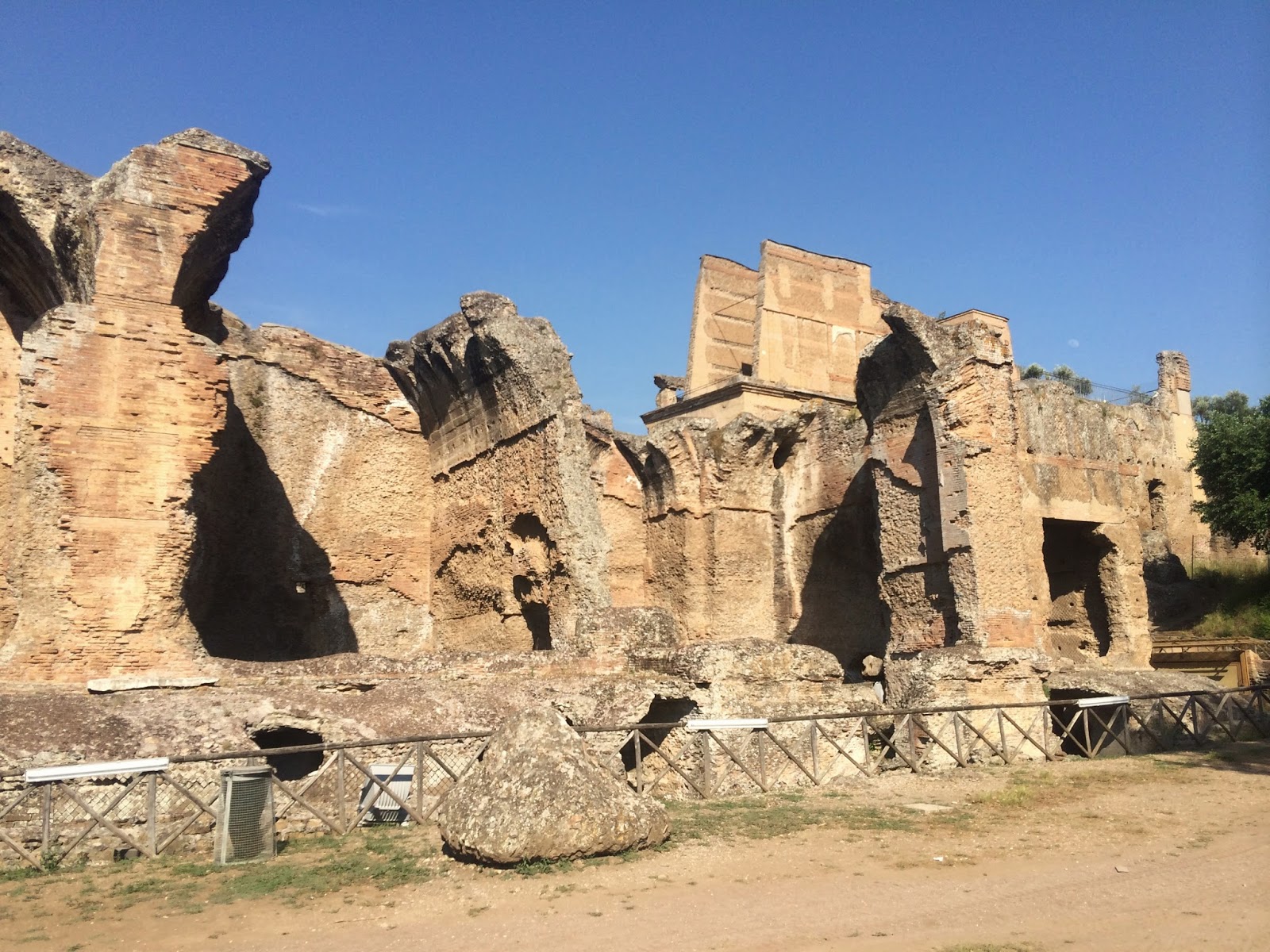 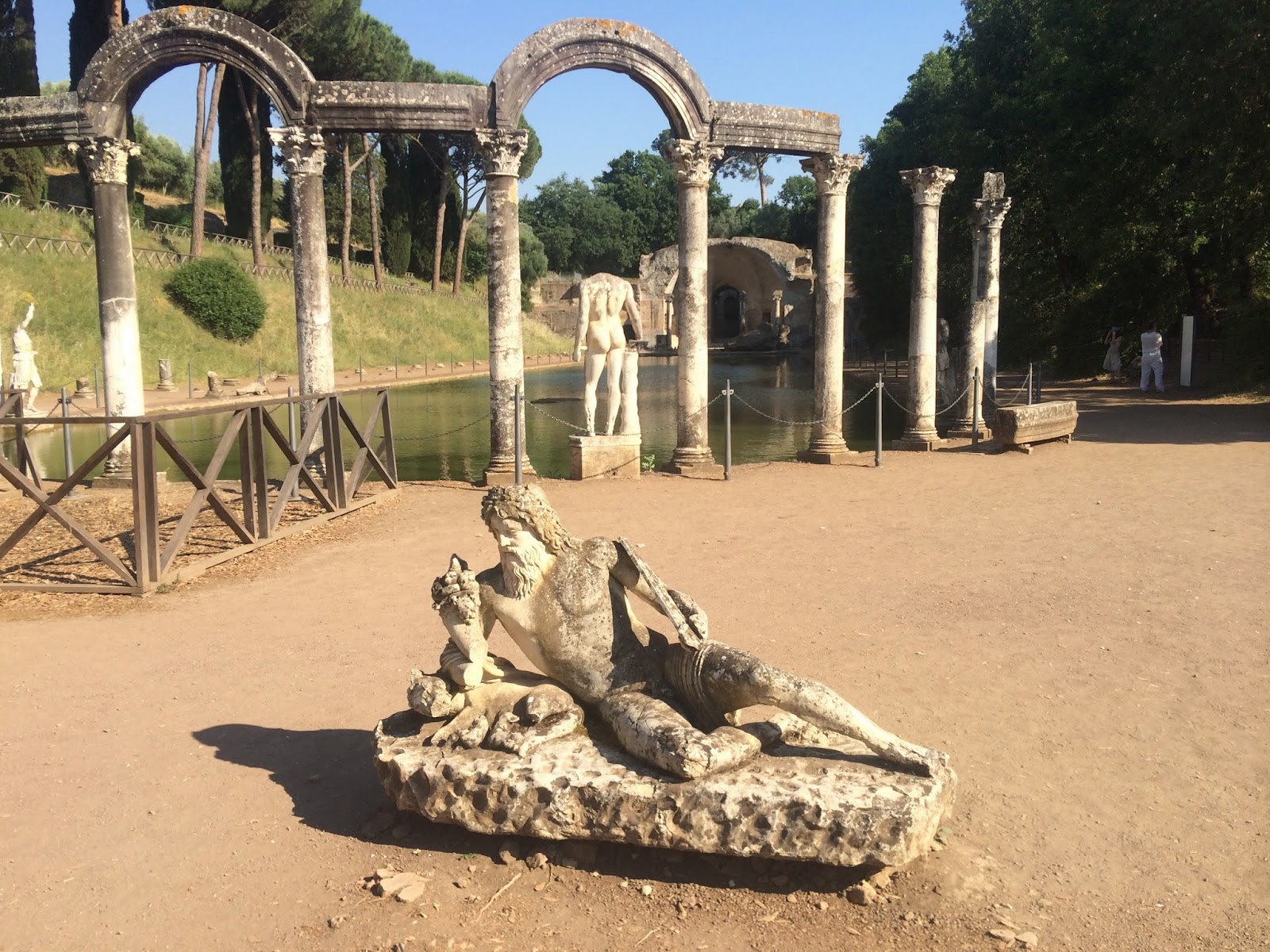 Then, I had the predicament of how I was supposed to get back to Rome. I ended up catching a ride with a high school media student and his Mom!
Posted by Ashley's Adventures at 08:43