After enjoying a lovely breakfast with our host family, we spent the remainder of the day with Yvan (one of our hosts). We walked long the Plains of Abraham (where the British conquered the French in 1759, claiming Quebec as a part of Great Britain), we passed through the Jean d'Arc (Joan of Arc) park, we visited Parliament and took a guided tour, grabbed lunch at a falafel restaurant and went to an afternoon music concert. It was a great day in the beautiful city of Quebec. 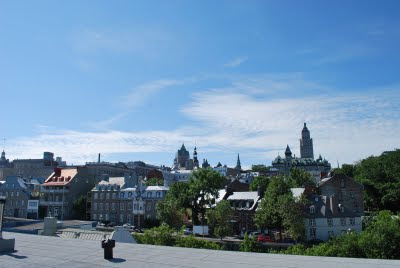 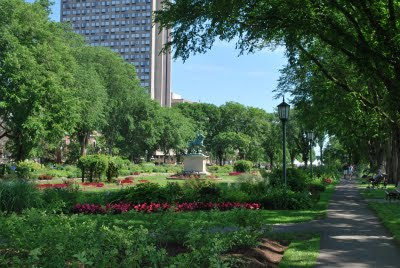 Yvan, Alanna and Me: 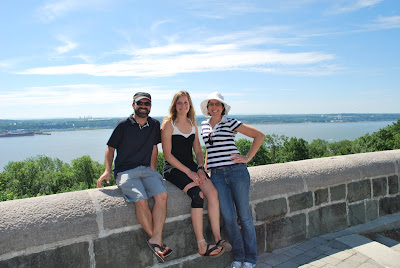 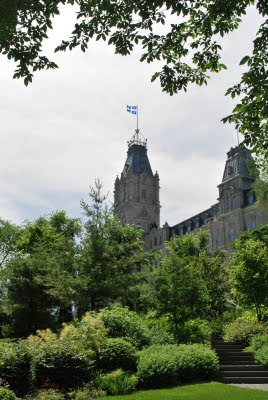 Stained glass inside of Parliament: 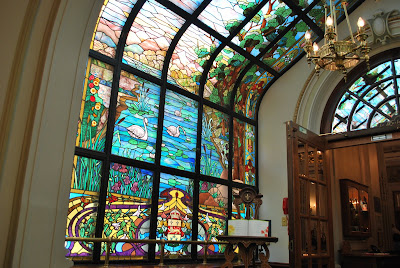 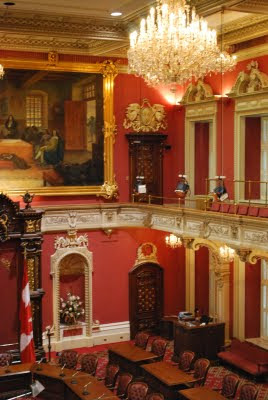 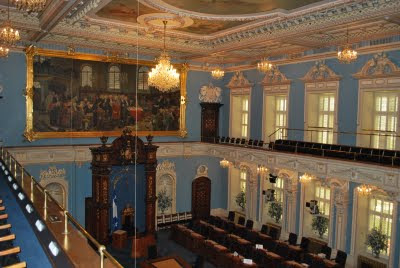 I love the image of this boat and the flags (near a open air performance area): 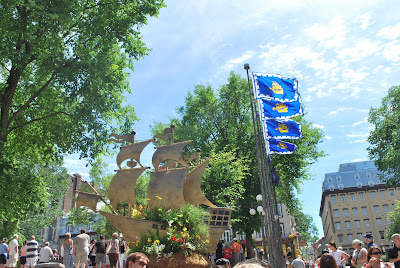 At the end of our journey through Quebec, we met up again with both of our hosts and took a tour of the local farmers' market. Alanna and I bought some apple butter (delicious!) and tried some local Quebecois cheeses. A great adventure, indeed!

Posted by Ashley's Adventures at 18:57