Van Dyck and a trip to London 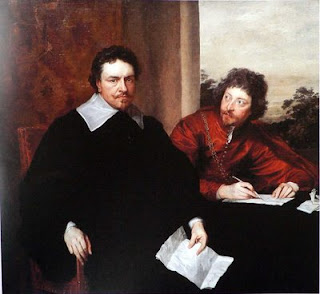 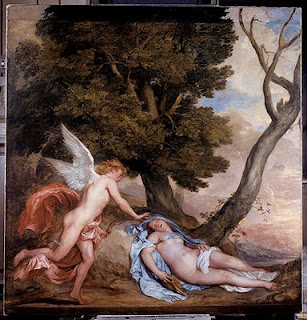 After having a chat with my art history tutor, we decided to take a field trip into London to see the Van Dyck exhibition at the Tate Britain Museum of Art. I had gotten the idea from my friend Lissie who had told me once that she went into New York City for an Art History class, and I thought 'Well- London is only and hour and half a away- why not take advantage of the exhibition while its still in London?'

So this past Friday we headed into London bright an early (8:00 am) and had our tutorial in the Van Dyck exhibition. It was incredible to be chatting about these great works while they were right in front of us (rather than discussion them over pictures in a text book).

After we went to the Tate Britain, we decided to find the Whitehall Banqueting Hall which has a very famous ceiling painted by another artist that we studied: Rubens. The hall was absolutely deserted, so Jason and I took advantage of the privacy and took the liberty of lying on our backs and staring up at the ceiling! 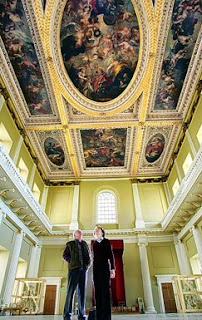 Posted by Ashley's Adventures at 06:28